Kajol to go back to college with ‘Helicopter Eela’ team

The song will be launched by Kajol and her co-star Riddhi Sen on Monday. The song features Kajol reminiscing her younger days in the movie, singing and grooving to the beats of the song. It is composed by Amit Trivedi, lyrics are by Swanand Kirkire and sung by Palomi Ghosh.

Trivedi and Ghosh will also be present at the song launch.

Ghosh is looking forward to the launch.

“I am as excited as I was on the first day of college! Because this is me starting out on this new journey, my first Bollywood project as a singer,” Ghosh told IANS.

“And singing playback for none other than Kajol, who’s ‘Awara bhawre’ moves I imitated and felt happy when my family said I looked just like her doing it! My memories in college apart from studying lots of math include lots of singing as vocalist for our Indian band in the US. And now being given this chance in the movies is absolutely surreal,” she added.

Written by Mitesh Shah andAdirected by Pradeep Sarkar, “Helicopter Eela” will see Kajol playing a single mother and an aspiring singer. The movie is backed by Ajay Devgn and Jayantilal Gada of Pen India Ltd. It is slated to release on September 7.

Suchitra tweeted that Sujata reportedly succumbed to cancer late on Sunday. “Our beloved Sujata Kumar has passed away and moved on to a better place leaving us with an umimaginable void. She left us an hour ago at 11.26 p.m. Life can never be the same again.”

Suchitra, who is the former wife of filmmaker Shekhar Kapur, had earlier tweeted asking her fans and friends to pray for Sujata. “Please pray for my darling sister Sujata Kumar,” she had tweeted.

On Saturday, Suchitra shared an update about her sister.

“It feels like somebody’s plunged a hard cold knife into my heart and ripped the ground from under my feet as I sit outside ICU and pray for my big sister, my mother, my best friend, my darling Sujata Kumar as she battles for her life inside…”

Sujata worked in several TV shows like “Hotel Kingston” and “Bombay Talking”. She also appeared in the Anil Kapoor-starrer “24” as Meghna Singhania.

Noida– Actress Vaani Kapoor considers herself to be a “decent dresser”, but says she doesnt like to follow any fashion trend.

“I have never followed fashion in particular, but I am aware of what is trending and what is not trending,” Vaani told IANS.

“And if there is something which I personally associate with or who I personally like or (like) while going through a magazine (I pick it). But I don’t follow trends in particular,” she added.

The actress, who got associated with DLF Mall of India for Wedding Special, says she tries to dress up decently.

“I make sure I am not in my night suit, and that is what I care about. But I think I am a decent dresser,” she added.

The “Shuddh Desi Romance” actress was happy to be part of Wedding Special, an annual property by the mall through which they offer a chance to the customer to pick everything they need for a wedding without burning a hole in the pocket.

“I am just feeling grateful to them for having me here. It is amazing to be part of such an event,” she said before sharing her love for Delhi.

“I love eating. I love Delhi food. I love the streets here and my family lives here,” she said.

Pushpa Bector, Executive Vice President and Business Head at DLF Shopping Malls, is also excited about the event and wants to take it forward every year, to cater to people’s demands for gifting, home decor, wedding apparel, jewellery and accessories for the upcoming festive season.

Mumbai– Actor Akshay Kumar, who has become the first male Bollywood Actor (Male) to score 20 million followers on Instagram, received an Instagram memento for the milestone.

The “Airlift” actor on Monday shared a photo of himself with the memento given to him by Instagram.

“Here’s another gold from the good people at Instagram. Glad to share, the first Bollywood Actor (Male) to cross the 20 million followers milestone is yours truly. Thank you all once again for the love, sending lots of love and prayers your way.”

Earlier this month, the actor was seen celebrating this milestone with streamers and a boomerang video.

On the work front, Akshay’s recently released movie “Gold” is riding high at the box office and have couple of movies like “Kesari”, “Housefull 4” and “Good News” on board.

Mumbai– Actor Samir Kochhar is set to play an army officer in an upcoming web series. He says he has started preparing for it.

“It’s quite an interesting script in the space of web series being made. Though the makers of the show are new to the industry, their vision is exemplary. I’ve already started prepping up for my character,” Samir said in a statement to IANS.

A source said: “Though the details of the show have been kept under wraps, it’s learnt that the filmmaker will be making his directorial debut with the series. It’s based on the army jawans and will give an account of the way they maintain a fine balance between their professional and personal lives.”

“Samir, who has been part of ‘The Test Case’ previously, didn’t get opportunity to play an army officer in the show. If all goes well, the actor will be shooting for two pilot episodes next month,” the source added.

New Delhi– Actress Aditi Rao Hydari has been featured in Ritu Kumars Autumn-Winter 2018 collection line titled ‘Beautiful Hands’. The actress recalls the time when she used to spend hours in the designers house. 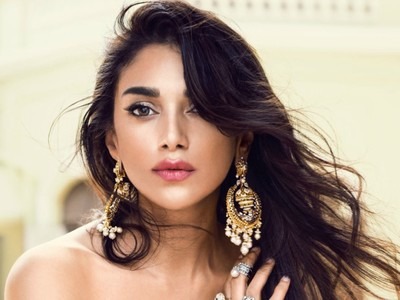 “I’ve spent a lot of time growing up at the Kumar’s house. It was filled with the most amazing things – like a museum! I would spend hours chatting with Amrish (Ritu Kumar’s son) and the family. The collaboration came around very organically. Ritu Kumar has a revival instinct that’s being made cool for our generation,” Aditi said in a statement.

For the Autumn-Winter 2018 season, Kumar takes the viewer on a journey from the eastern villages of Bengal to the beaches of Maharashtra and captures the essence of the many artisans who make beautiful work.

Told through generations of skilled craftsmen, it is the story of the history of textile design and embellishments at brand Ritu Kumar. It defines and encapsulates the core belief that Many Hands Make Beautiful Work.

From screen-printing to colour mixing, ‘Beautiful Hands’ pays tribute to the traditions that exist and are created with each collection.

The line features a range of boho-chic kurta dresses, tunics and jacket style kurtas with unique prints like patola and ikat on easy-to-wear silhouettes. The dominant colours in this story are deep reds, mustard yellows, ecrus and other earthy colours found in nature.

Amrish, the face behind the marketing and concept of the brand, said: “The Ritu Kumar woman is constantly evolving. She possesses an innate sense of self, is strong, resilient while also being sophisticated, refined and stylish. She’s earthy and has an effortless, understated grace about her.The women who have fronted the Ritu Kumar campaigns are very organically an extension of these qualities.”

There’s no harm in being choosy: Vivek Dahiya

Mumbai– Actor Vivek Dahiya, known for TV shows like “Ye Hai Mohabbatein” and “Kavach…Kaali Shaktiyon Se”, believes there is no harm in being choosy.

He is currently receiving a positive feedback for his work in the show “Qayamat Ki Raat”.

“I’d patiently waited for the right role, right show to come along. It makes sense now. I believe there is no harm in being choosy. I may have come late, but I also have an experience. I have not created any restrictions upon myself,” Vivek said in a statement to IANS.

He is also keen on doing regional cinema.

“We have Bollywood remakes of Marathi, Gujarati and south films which are some of the biggest hits. They are high on content. They’re rooted. I am somebody who believes to be a part of great storytelling irrespective of how big or small the film is,” he said.

Born and brought up in Haryana, Vivek went to the UK to pursue his studies and worked as a business analyst before moving to Mumbai for acting.

“I want to do diversified roles that are performance-oriented… even if there are only two scenes in the film. Regional films have the flavour of India. We are a country of many cultures and every narrative has a different feel. I’m more open to do regional cinema now,” he said. (IANS)