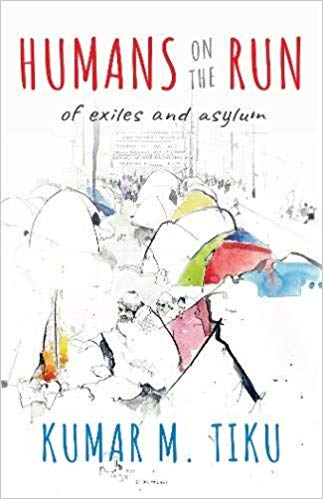 For millions of people displaced around the world, “Home is where the heart is”. Each one of them has a story to tell. The stories of injustice, persecution, war and killings in their homelands, to stories of determination, resilience, hope and survival during migration — and then the stories of the daily struggle in alien lands, human misery, helplessness and the longing to return to their home.

With the problem of displacement reaching unprecedented proportions across the world, these stories often get buried in the debate over the cause of conflicts, the resulting large-scale migration and the response or lack of it by different countries to the problem of refugees.

Collecting stories from victims of displacement in different conflict hotspots and compiling them in a book is a challenge, for every story demands a different treatment and it has to be told in the larger context of the politico-religious conflicts.

From India to Afghanistan, from Myanmar to Sri Lanka and from Tibet to Syria, the stories are so different. They also vary from person to person. Yet, all are bound by a common element — human misery.

As someone who served the United Nations in conflict-ridden countries for over 15 years, Kumar M. Tiku has seen from close quarters the sufferings of the displaced.

The book has stories by 25 exiles, refugees and asylum seekers across more than 10 countries who spoke to the author and his fellow contributors.

As the author says, the stories, mostly first-person accounts, highlight how their once calm and orderly lives changed and the hard choices they faced when they decided in favour of survival and self-preservation over threats to their lives, honour and the most primeval of all human needs — freedom. The migrants narrate their hardships after they were uprooted from the ecosystem called home.

Kumar also served the United Nations Children’s Fund (Unicef) in Syria, where more than a third and close to half of the population is without a home. “The sheer scale of human tragedy that has visited this once beautiful and historically rich land is beyond all human imagination,” he writes.

“Life as a refugee is dehumanising. I cannot take the daily slurs,” the author quotes Odai, a Syrian refugee whom he met in Turkey, as saying. “I want to go back and die in my homeland. But I know my children will never let me take them back. It’s been a year since we left and they still get nightmares thinking of the bombs that rained in our neighbourhoods,” says the refugee.

The author quotes a United Nations High Commissioner for Refugees (UNHCR) report of 2016 that said an unprecedented 65 million people were displaced around the world due to war and persecution. Syria, Yemen and Iraq account for over half of the total conflict-induced displacements.

What makes this book special is the author himself is a displaced person in India. “This book of stories stems from my own tattered identity as a Kashmiri,” writes Kumar, who belongs to Kashmiri Pandit community.

“The loss of the land into which my forebears and I were born is a stab whose pain refuses to be dulled even after a full quarter century in displacement,” he writes.

“Millions of forced migrants around the globe nurture the same dream that I dream — of returning to their home one day, when injustice, violence and terror will give way to reason, sobriety and fair play,” he adds.

The Internal Displacement Monitoring Centre (IDMC) estimates that there are at least 796,000 people internally displaced as a result of conflict and violence in India, as of 2016.

The stories in the book include two from 1990 migration of Kashmiri Hindus. One of the stories is by author’s wife Sudha, who recounts how love and inter-communal bonhomie in Kashmir of her birth and the exemplary peaceful land of her forefathers was overtaken by a vicious cycle of distance, distrust and destruction. (IANS)