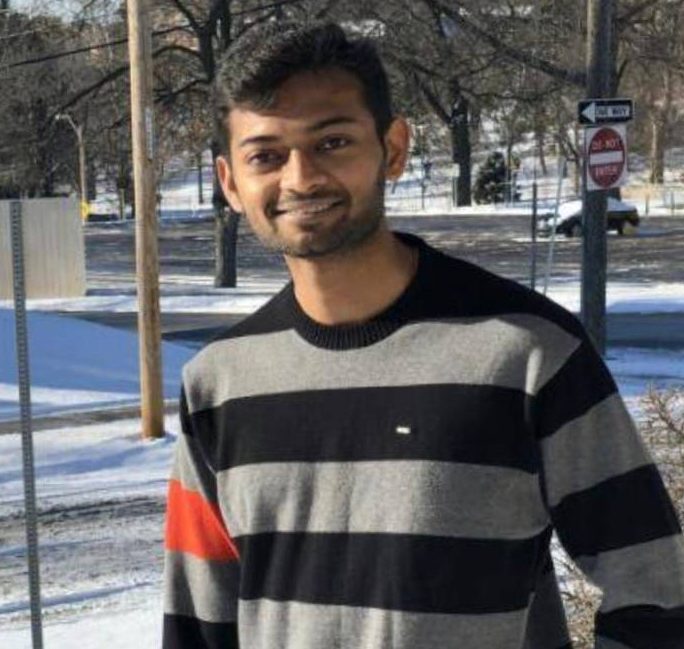 Kansas City–A 26-year-old Indian student from Telangana was shot dead inside a restaurant here in the state of Missouri by a suspected robber.

Sharath Koppu, who was pursuing his Masters degree from the University of Missouri-Kansas City (UKMC), was shot on Friday evening at J’s Fish and Chicken Market where he was working as a part-time employee, The Kansas City Star newspaper reported.

India’s External Affairs Minister Sushma Swaraj on Sunday condoled the death, saying: “We will follow this up with the police and provide all assistance to the family.”

The Kansas City Police has released a brief video of the suspect inside the restaurant moments before the shooting and asked for people’s assistance in identifying him.

The suspect pulled out a gun and shot Koppu on his back. He died after being taken to a hospital.

Koppu, who was a software engineer, came to the US in January.

Meanwhile, the Telangana government on Sunday announced that it was making arrangements to bring Koppu’s body back to Hyderabad within two days.

The state government was in touch the Ministry of External Affairs and the Indian Embassy in the US, according to Rao.

“We offer our sincere sympathies to Sharath’s family and friends in the wake of this senseless tragedy,” the statement said.

“Sharath and I share an Indian heritage, but all of us at UMKC share in the grief such tragedies bring,” Agrawal said on Saturday evening.

The incident comes a year after another Hyderabad techie, Srinivas Kuchibhotla, 32, was killed in a race-triggered attack at a bar also in Kansas City on February 22, 2017.

In May, former US Navy veteran Adam Purinton admitted that he fatally shot Kuchibhotla saying that he targeted the victim because of his “actual and perceived race, colour, religion and national origin”.

Samsung is our most important partner on Android: Pichai

Anjula Acharia to Join Buzzfeed Inc’s Board of Directors