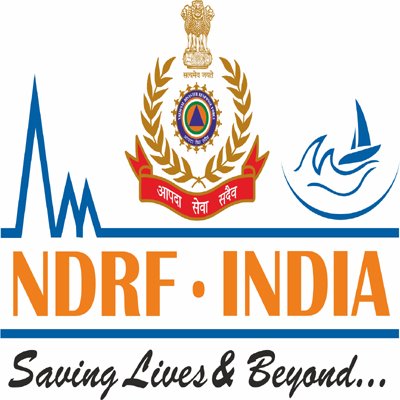 New Delhi– The National Disaster Response Force (NDRF) has inducted nine specialist teams in each of its 12 battalions after training them abroad in a bid to modernise the force and equip them in tackling chemical and nuclear disasters among other modern-era challenges.

NDRF Director General Sanjay Kumar said India is now a nuclear power, the NDRF is trained and equipped to respond to any Chemical, Biological, Radiological and Nuclear (CBRN) emergency.

“As on date all NDRF battalions are capable of dealing with CBRN emergencies. To cater to the need and to deal with chemical and nuclear disasters, we have mandated nine specialist teams for CBRN emergencies in each battalion. In addition, these teams have been trained in premier institutions in the country and abroad like UNOPCW, DRDE, Gwalior, INMAS, CME, Pune, BARC, to chisel their training and equipped with latest CBRN equipments and tools,” he said.

Kumar, an IPS officer of Himachal Pradesh cadre who has headed the NDRF for the last two-years, said that the force has taken several initiatives like awareness programmes, demonstrations and mock drill with multi-accidental hazards (MAH) units to reduce the risk of industrial disasters.

Talking about disaster handling, he said India needs to build a cohesive and structured response to stop a disaster from becoming a crisis.

“With disasters like earthquake, floods and structure collapse occurring frequently in India, we feel that entire country needs to be trained in combating both man-made and natural disasters. There is a need to build a cohesive and structured response by the country in the face of a disaster,” Kumar said.

Disasters cannot be stopped but their turning into a crisis can be very well stopped, he added.

“This can be done by galvanising the collective capacity, which includes the civil society, the NGOs, the media and others together to make it work,” he said, pointing out that the NDRF is better prepared and equipped for any big disaster.

He said that the force has 12 battalions stationed at strategic locations across the country aided by 28 Regional Response Centres in other cities.

“The NDRF teams are self-contained in all ways and can move to the disaster site within 30 minutes of being informed of the eventuality to respond quickly. We have world class equipment and tools to respond quickly. Today, we are also well prepared in term of technology — like drones, UAVs, social media apps like Twitter, Whatsapp and Facebook for access to target areas,” he said.

The NDRF was constituted in 2006 to provide a specialised response to disasters. It has 12 battalions of 1,149 personnel each and is the prime responder in disaster of all kinds.

Each battalion has 18 specialist teams comprising of 45 personnel each. It has a professional contingent of specialists in different aspects of disaster response like hydro-metrological disaster response, collapsed structure search and rescue, emergencies arising out of use of chemical and biological weapons, rescue from deep trenches, mountain and avalanche rescue and animal disaster management etc.

“We upgrade ourselves with the state-of-the-art equipment and with specialised training to meet different kind of emerging challenges. Today, NDRF has 310 different types of equipment as per international standards for responding to various disasters. Efforts are being made to procure latest equipment to enhance our response,” he said.
Speaking about a long thought over community training programme, he said India’s high exposure to disaster risk has made it imperative to build the capacity so that the impacts of disasters can be reduced.

“The community is not only the first responder and survivor but it is the last responder as well, therefore, the loss to the life and property can be reduced drastically if the local population has been empowered and made resilient towards disasters,” he said.

Kumar, a former DGP of Himachal Pradesh, said that NDRF works to sensitize the community through its various training programm.

“We empower the community on a regular basis when we are not tackling disasters. NDRF is relentlessly engaged in the Community Capacity Building Programmes which includes training of People, SDRF, Police, Home Guards, Civil Defence Volunteers, NCC Cadets, NSS Volunteers, NGOs and other stakeholders.

He said that the force’s preparedness focuses on chiselling skills and equipping oneself.

“This is called capacity-building and can be used to reduce vulnerability to disasters, mitigate their impact or respond more efficiently to them,” he said.

Sanjay Kumar, who hails from Bihar’s Kosi region known for flood disasters often, said that the state is moving towards greater disaster resilience.

“Bihar is a multi-hazard prone state. The NDRF with Bihar State Disaster Management Authority (BSDMA) has been taking various initiatives towards awareness generation and capacity building of various stakeholders and also the affected population. Emphasis has been done towards structural and non-structural strengthening of the system to reduce disaster risks and mitigate their impacts,” he said.

He said that the Bihar’s Disaster Management Department has come out with a number of schemes to improve the response mechanism and tackle the impact of natural disasters effectively. (IANS)