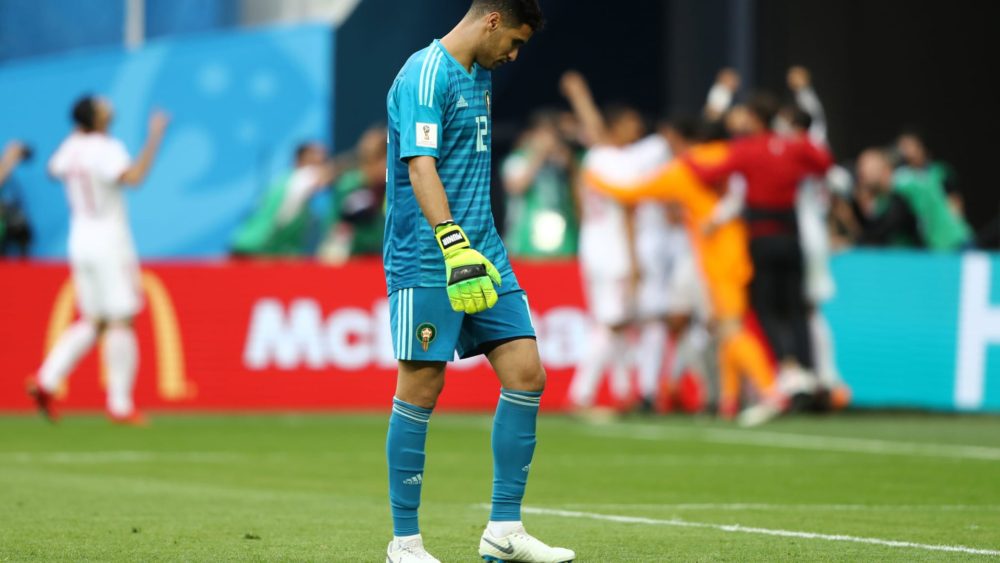 St Petersburg–Iran claimed their only second win in FIFA World Cup history as a late own goal upset Morocco 1-0 in a Group B clash here on Friday.

Substitute forward Aziz Bouhaddouz headed a free-kick from the left into his own net near the left post four minutes into the second-half injury time as a dominating Morocco left the field shellshocked.

For the majority of the match, Iran showed their determinaton and doggedness against a Moroccan side which was clearly superior in technical play.

The first chance fell to El Kaabi, who held off Morteza Pouraliganji before firing a left footed shot from the centre of the box but it went wide. 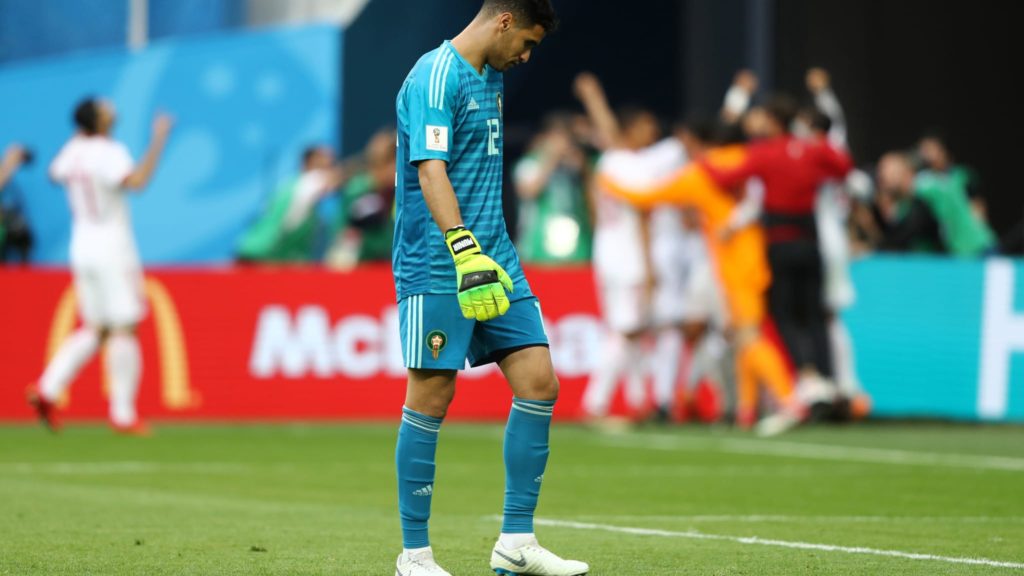 Iran defence stood tall again in the 18th minute when Harit, on the left flank, headed down a long-range ball to set it up for Ziyech. The latter’s left-footed shot was blocked before the rebound fell to Younes Belhanda, whose shot from the right was defused by goalkeeper Ali Beiranvand. Morocco captain Medhi Benatia grabbed the rebound and fired a left-footed shot but the Iranian defence was alert in keeping the danger away.

Iran struggled but absorbed the pressure — thrown in the form of crosses and corners even as both the teams showcased their physical prowess.

After being dominated for the better part of the match, Iran threatened with counter-attacks as Moroccon defence maintained a high line.

During a quick counter-attack, goalkeeper Monir El Kajoun came to Morocco’s rescue as he put out his right leg to block a right-footed shot from Sardar Azmoun from close-range.

As the match resumed in the second half, the ball remained more in the middle of the park as both teams struggled to break the deadlock.

The best chance in the second half came when Ziyech fired a left footed shot from outside the box to the bottom left corner of the Iranian post but goalkeeper Beiranvand dived to his right to parry away the danger in the 78th minute.

There were many injury-related stoppages during the second half and that played a part in taking away the flow of the game. Iran forward Alireza Jahanbaksh even had to be stretchered off following a clash with a defender.

The injuries meant that six minutes were added to the second half. And Iran made the most of it. From the left, Ehsan Hajsafi delivered a swinging free-kick and Bouhaddouz headed it into his own net to trigger wild celebrations in the Iranian camp, led by Portuguese head coach Carlos Queiroz. (IANS)