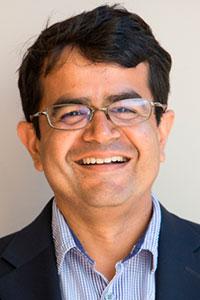 BOSTON–Researchers, including one of Indian-origin, have developed a ‘holy grail’ of insulin in a pill that could help diabetics keep their blood sugar levels in check.

For up to 40 million people with Type-1 diabetes worldwide, a painful needle prick once or twice daily is necessary for delivering the insulin that their bodies cannot produce on their own, and failing to adhere to the regimen (due to pain, phobia of needles) can lead to poor glycemic control causing serious health complications.

The new approach carries insulin in an ionic liquid comprised of choline and geranic acid that is then put inside a capsule with an acid-resistant enteric coating.

“Once ingested, insulin must navigate a challenging obstacle course before it can be effectively absorbed into the bloodstream,” said Samir Mitragotri, Professor at the Harvard University.

“Our approach is like a Swiss Army knife, where one pill has tools for addressing each of the obstacles that are encountered,” he added.

The enteric coating is biocompatible, easy to manufacture, and can be stored for up to two months at room temperature without degrading

This polymer coating resists the breakdown by gastric acids in the gut as well as dissolves when it reaches a more alkaline environment in the small intestine, where the ionic liquid carrying insulin is released.

The choline-geranic acid formulation also was shown to be adept at penetrating two final barriers – the layer of mucus lining the intestine and the tight cell junctions of the intestine wall, through which large-molecule drugs such as insulin cannot easily pass.

The findings, published in the Proceedings of the National Academy of Sciences, also showed that the oral delivery of insulin could also mitigate many of the disease’s life-threatening side effects that result from patients failing to give themselves required injections.

“It has been the holy grail of drug delivery to develop ways to give protein and peptide drugs like insulin by mouth, instead of injection,” the researchers said. (IANS)