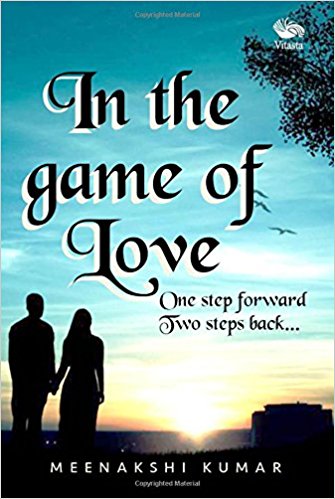 New Delhi– Know about pregnancy wellness through a book that aims to increase the chances of expecting mothers in giving successful and less-stressful natural birth; read the story of war and conquest, of loss and death, of kingship and legacy through the eyes of a prisoner; flick through the interesting life of an investigative journalist, who will count himself lucky if he brings across the truth of a case out alive; and wade through the tale of a woman who gives up on her career for her family and later finds a way through it as she realises that her husband is involved with another woman.

The IANS bookshelf offers these reads for this weekend.

In the light of the many complications that arise following a Caesarean-section delivery –infections, excessive blood loss, internal scarring to name a few — more and more women are reverting to natural births. But the ability to give birth naturally depends on the pregnant woman and not her obstetrician-gynaecologist (OB-GYN). Of course, C-sections are unavoidable in certain cases and, eventually, it is the mother’s and the child’s health that matters.

“Birthing Naturally” is a comprehensive book on pregnancy wellness that aims to increase the chances of expecting mothers in giving a successful and less-stressful natural birth. This book will help you as a friend and as an antenatal “care-giver” so you can enjoy your pregnancy, and provide valuable tips for your postnatal period to complete your experience of motherhood.

Kingdoms are built by men. Legacies are built by emperors. It is 1025 A.D. The mighty Chola empire that controls much of southern “Bharat varsha” is helmed by emperor Rajendra Chola I — a man as enigmatic as his kingdom is renowned. Known for his might and vision, he has now set his sights upon the southern seas, governed by the powerful Srivijaya empire. But his victories also bring forth stories of those affected by his ambition.

Of an unnamed princess forced to fend for herself among enemies after everything she has ever known is destroyed by the ravaging Chola forces. Of maharaja sangrama, captive in an alien land, who is torn between his enmity tempered by an unusual friendship with the elusive Rajendra Chola and his fierce determination to return to his kingdom.

Told through the eyes of a prisoner of war and a princess without a kingdom, “The Conqueror” is a magnificent narrative — of war and conquest, of loss and death, of kingship and legacy.

Investigative journalist Avik has finally found the one case that could bring him glory. Or death. As the mystery behind millionaire Kalki Rajput’s murder grows thicker, Avik is forced to risk it all to bring out the truth that has eluded many before him.

If only he could uncover what the victim’s daughter had witnessed. Of course, that would mean diving into the depths of her madness. He had thought he could resurface with the truth. Now he will count himself lucky if he makes it out alive. And sane.

The traditional social structure where a woman was the homemaker is being rapidly transformed into a new one as more and more educated women are stepping out of their homes to pursue careers. An MBA from IIM Ahmedabad, Suman dreams of a top position in her company. But marriage to Kunal and the birth of her daughter change her life goals.

In her quest to be a perfect mother, wife and homemaker, she quits her job and, somewhere along the way, she neglects herself losing her shapely figure and smart appearance.

Kunal moves into the arms of his secretary, Tara. Does Suman accept the situation tamely? What happens to her decision to go away and build a new life with her old friend, Rajan?