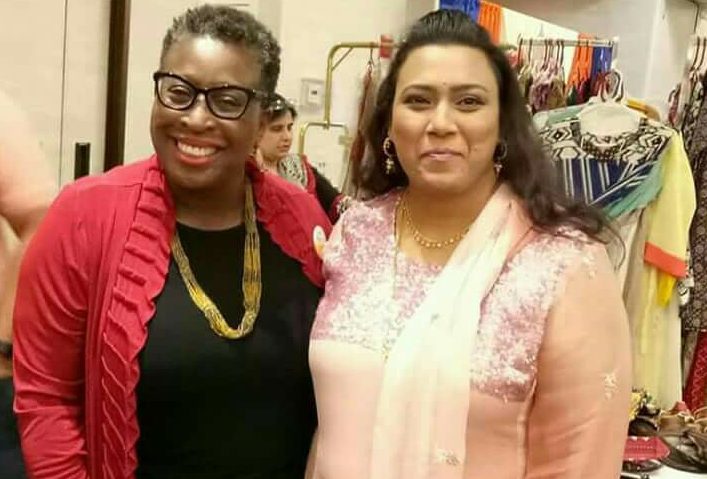 NATICK, MA–Noureen Design, an art-based family owned business run by the Indian-born, Framingham, MA-based couple Noureen Sultana and Waheed Khan, is hosting its Fifth Chand Raat Eid Festival on Thursday  June 14, 2018 at the Crowne Plaza in Natick, MA. The event, from 6 pm until midnight, is free and open to the public.

“The aim of this event is to bring together people from different backgrounds under one roof and build bridges between religions and nations. It’s about building community by creating a place for people to meet and share their culture,” said Mr. Khan. 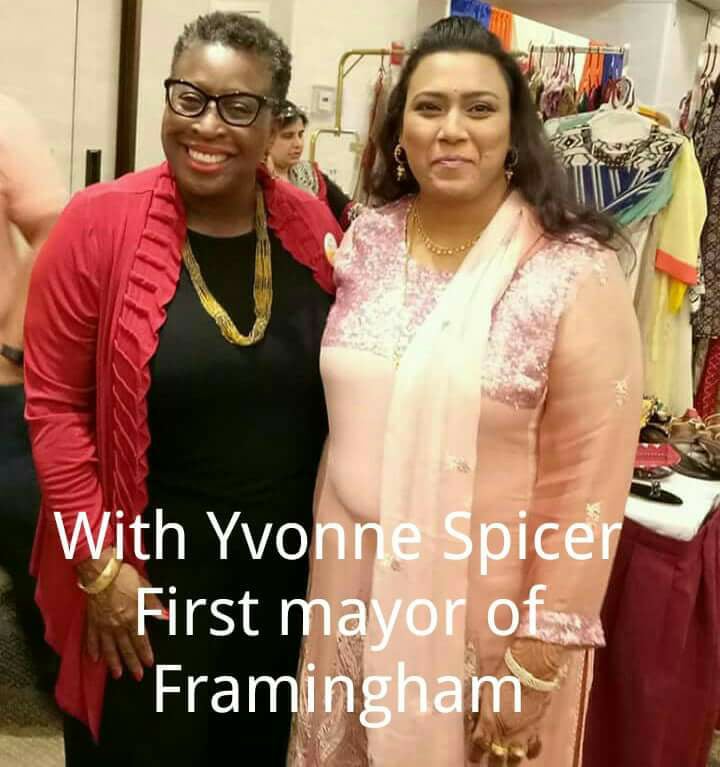 Sighting the new moon is the signal to greet each other “Eid Mubarak” and start preparing desserts for Eid. It also heralds the last round of shopping for new clothes and jewelry. Women and girls rush to get hands decorated with mehndi (henna).

Their first Chand Raat Eid Festival in 2012 drew around 200 people. Last year, nearly 2,300 Bostonians participated in the event. The Noureen Design team, which now includes the couple’s sons Danish, 14, and Mahid, 10, expects even more people to attend the upcoming event on June 14 this year.

There will also be an array of delicious food and drink for sale as well as a dazzling range of clothing and jewelry items by a variety of vendors.

An exciting addition to this year’s Festival is 2 free Tablets offered through a raffle that all guests entering the venue will automatically be entered to win. To claim the prize, the winner must be on the premises when the raffle is drawn.

Representing the fourth generation of  Artists in her family, Noureen herself learned the art at a very young age from her mother Zaheer Unisa Begum, who in turn mastered the practice under the guidance of her own mother, Mahmooda Khatoon. It took Noureen nearly three years to learn it. A trained architect, she never thought of doing it as a business while in India.

Nor did she expect her American-born sons to develop a passion for it, though she was keen for them to know their culture. Watching her and helping at Noureen Design events, the boys not only love henna but have learnt to apply it.

Breaking gender stereotypes, their participation makes for an extraordinary aspect of the family business. Danish wants to be an engineer and Mahid wants to be a doctor. But they also love skillfully and spontaneously decorating dozens of hands at such events – and drawing a crowd of spectators surprised to see boys applying henna.

The flagship event of the business remains the annual Chand Raat Eid Festival. Waheed manages the logistics of this popular happening, while Noureen’s team lynch-pin role of applying henna to a host of eager clients.

Noureen Design’s Chand Raat Eid Festival is fast emerging as a symbol of multiculturalism, diversity and artistic excellence in the Boston area.