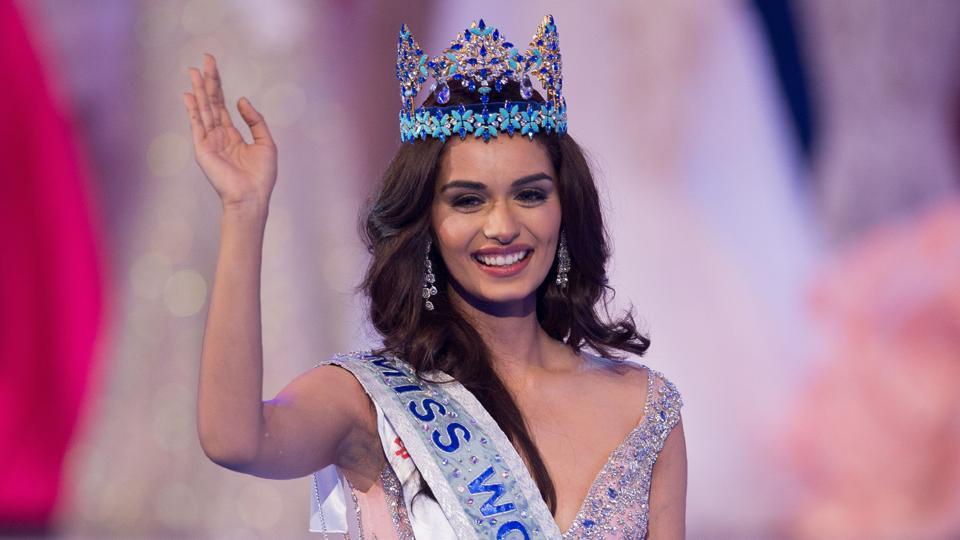 New Delhi–Every beauty pageant winner finds her next move to Bollywood, so will Miss World 2017 Manushi Chillar, who is going to give away her Miss India title to her successor on Tuesday night and the Miss World crown later this year, do the same? She says though she has discovered her love for the camera of late, her Bollywood decision is something she would like to leave for the time being.

“I still have six months to go as Miss World. I haven’t completed my college and I am also learning something everyday. This industry was something I have never seen and I don’t know anything about it. I was not even a person who watched a lot of movies. So for me, it has been a learning experience,” Manushi told IANS on phone from Mumbai when asked about her plans for Bollywood now that she is going to hand over the crown.

“I do enjoy being in front of the camera and that is something new I have discovered. With all these changes that are happening in my life, I try to take things as they come. When such a situation (Bollywood offers) will come when I have to make a choice, I will know a definite answer,” added the 21-year-old.

While she was still pursuing her course in medicine in an all-girls medical college in Haryana’s Sonipat district, Manushi was crowed Miss World 2017 at a glittering ceremony in the seaside resort city of Sanya in China.

Manushi, whose family belongs to Haryana and lives in the capital, is going to perform at a glittering ceremony on Tuesday when her successor will be chosen at the Miss India contest. From Bollywood, stars like Kareena Kapoor Khan, Jacqueline Fernandez and Madhuri Dixit Nene will add glamour to the show with their performances.

Actor Ayushmann Khurrana and filmmaker Karan Johar will host the beauty pageant’s finale, while Manushi along with Irrfan Pathan, K.L. Rahul, Kunal Kapoor and Malaika Arora will be the judges.

On her expectations from the contestants, Manushi said: “I think there is no set formula and there is no one path that can be taken to the crown as every one has their own way. Even when you look at past winners of Miss World, everyone was unique. So you can’t give a set example but all I can tell them is to learn as much as they can and be themselves.”

Manushi says the only advice she wants to give to the contestants is “to be able to present whoever they are in the best way possible at an international platform”.

“We do have a lot of expectations from India. It’s going to be a tough one for whosoever wins,” she said.

A gifted poet, painter and Kuchipudi dancer, Manushi wants to be a cardiac surgeon and has been associated with a project for menstrual hygiene among women.

Talking about how she plans to take that ahead after her Miss World commitments get over, she said: “I was largely doing that when I was in college… I am taking the initiative ahead to Kenya and South Africa. It’s not something that we are spreading across the country but around the globe. Even if I pass on the Miss World crown, I know I will still be associating with it.

“Globally also, the Miss World team loved the idea and that is why they are associated with so many continents who are willing to start similar initiatives in their country. It is going to go on.” (IANS)