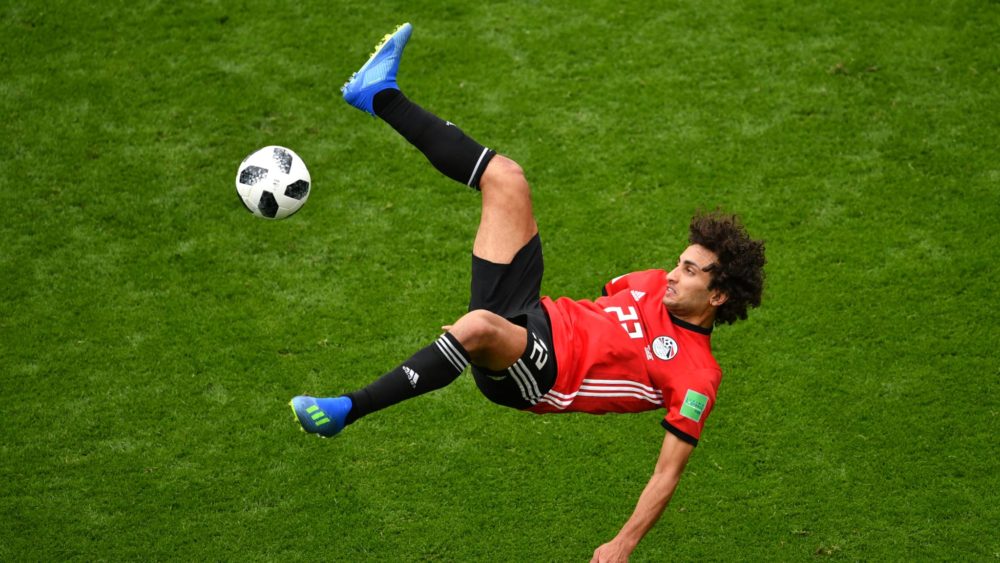 Ekaterinburg, Russia–José Giménez scored in the 90th minute to hand Uruguay a hard-fought 1-0 win against Egypt in a Group A match of the FIFA World Cup here on Friday.

Uruguay, who defeated Egypt in their only previous encounter in 2006, once again proved the better team when Giménez scored through a header off Carlos Andrés Sánchez free-kick from the right.

Uruguay dominated ball possession in the opening exchanges, and Egypt found no chance to steal the ball.

But soon, the Egyptians started to find their groove after coping with Uruguay’s early onslaught but in the process they gifted the first attempt to score the goal to Uruguay as Edinson Cavani fired a low shot from outside the box which El-Shenawy managed to keep out comfortably.

After 10 minutes, Egypt, who were without star player Mohamed Salah, also counter-attacked as Trezeguet chested the ball down to create some room just inside the box but failed to connect his shot properly. 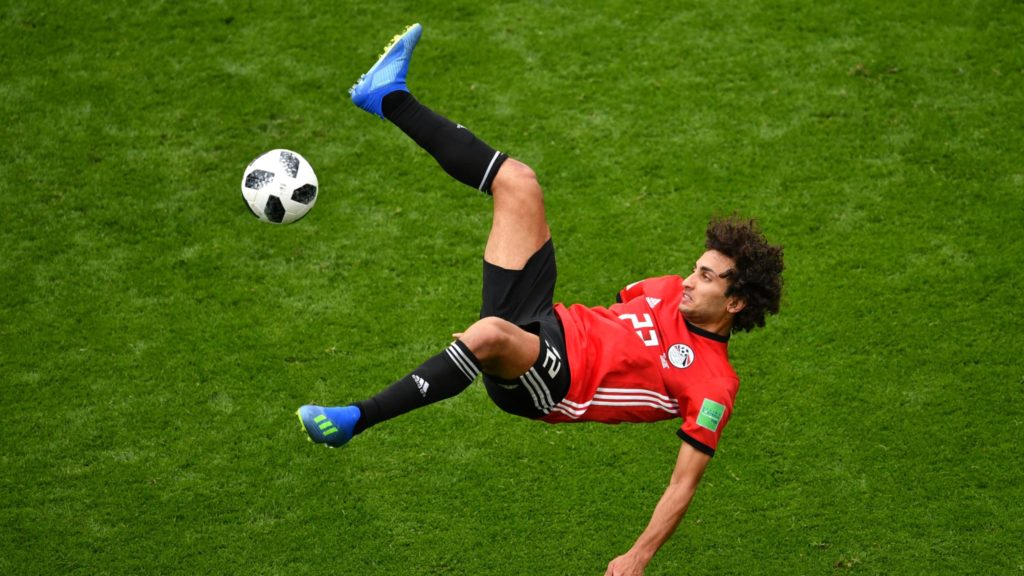 Trying to find the opening goal, both teams tried hard, counter-attacking each other. Amr Warda of Egypt won a free kick in the attacking half but could not find the net.

After the first 15 minutes, Uruguay found themselves on the back foot as their opponents attacks were getting stronger.

But in the 23rd minute, Luis Suarez got a good chance to open the scoring when a corner fell to the Barcelona star at the far post but the 31-year-old striker sliced his effort into the side net.

Suarez was not at his best as the Barcelona player could not hold several forward passes a few metres away from the box.

Egypt’s and Manchester United player Guillermo Varela, on the other hand, seemed impressive down the left as he created many chances but could not finish on the final ball.

The last few minutes of the first half saw more and more attacking football from both the teams but neither side was incisive in the final third. As a result both teams went to the tunnel goalless.

The second half saw the same Suarez as he once again missed a golden opportunity to put his team ahead. Cavani flicked a ball over the defence to the striker, who smashed a shot at the goal but El-Shenawy saved it perfectly.

Uruguay then got two back-to-back chances to score but the result was the same as the team could not finish on the final third.

Sharpening their attack, Suarez once again messed up with the ball when Cavani passed the ball to. He dribbled around goalkeeper El-Shenawy to keep the ball away but the goalkeeper dived at the striker’s feet to produce another brilliant save.

The second half saw much more action as both the teams tried hard to break the deadlock and also shot the ball on target.

In the 81st minute, Egypt built up the attack but could not find room for a shot and soon after that Uruguay got a chance when Cavani unleashed a powerful volley from Suarez which was brilliantly saved by keeper El-Shenawy.

The last few minutes of the game saw a couple of free kicks and the ball hitting the second bar. Cavani curled a free-kick that had El-Shenawy beaten but it bounced back off the post.

The much needed goal which both the teams were looking for came in te 90th minute which put Uruguay ahead. Atletico Madrid central defender Giménez outjumped three defenders to meet a free-kick from Sánchez to hand his team an important opening victory.