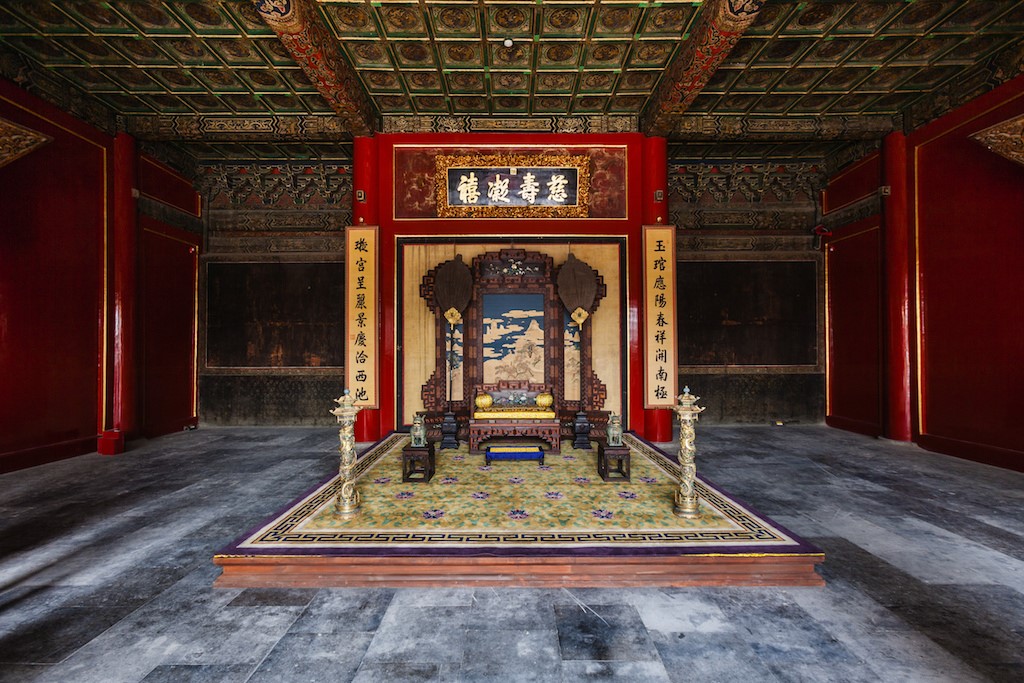 Nearly 200 spectacular works, including imperial portraits, jewelry, garments, Buddhist sculptures, and decorative art objects from the Palace Museum, Beijing (known as the Forbidden City), tell the little-known stories of how these empresses engaged with and influenced court politics, art and religion.

On an exclusive U.S. tour, this exhibition is a once-in-a-lifetime opportunity to see rare treasures from the Forbidden City, including works that have never before been publicly displayed and many of which have never been on view in the United States. Coinciding with the 40th anniversary of the establishment of U.S.-China diplomatic relations, the exhibition is organized by the Peabody Essex Museum, Salem, Massachusetts; the Smithsonian’s Freer Gallery of Art and Arthur M. Sackler Gallery (Freer|Sackler), Washington, D.C.; and the Palace Museum, Beijing. 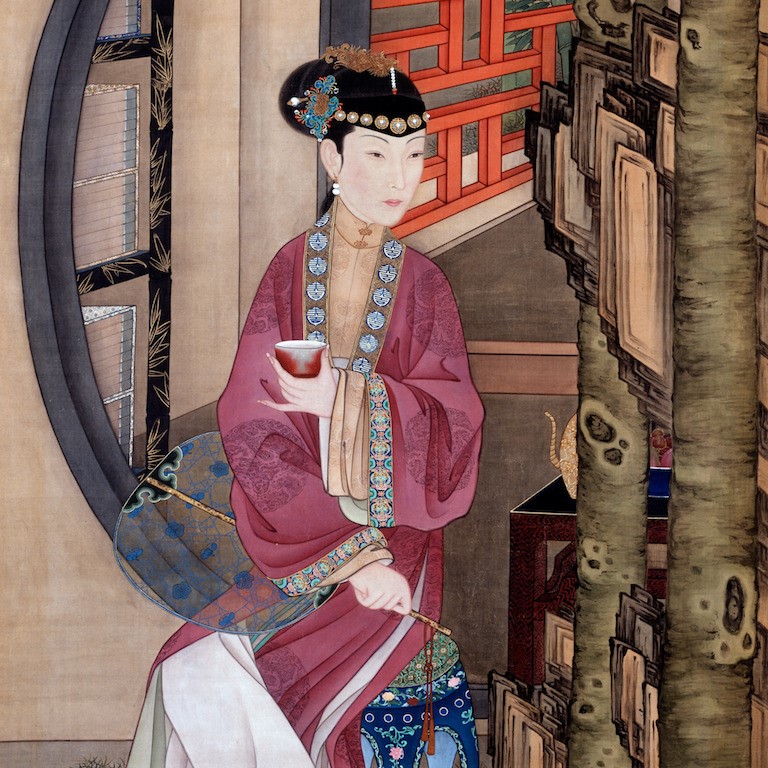 A leader in preserving and promoting Chinese art and architecture, PEM honors over 200 years of U.S.-Chinese commercial and cultural exchange through its renowned collection and exhibition program. Working closely with its partnering organizations, PEM presents this unprecedented exhibition in order to celebrate the vibrant legacy of cultural dialogue between these two countries.

With an international team of experts, exhibition co-curators Daisy Yiyou Wang, PEM’s Robert N. Shapiro Curator of Chinese and East Asian Art, and Jan Stuart, the Melvin R. Seiden Curator of Chinese Art at the Freer|Sackler, spent four years travelling to the Forbidden City to investigate the largely hidden world of the women inside. Delving into the vast imperial archives and collection, their fresh research unveils how these women influenced history as well as the spectacular art made for, by and about them. “This exhibition establishes a new model for future international research and museum collaborations,” says Dr. Shan Jixiang, director of the Palace Museum.

REVEALING THE HIDDEN WORLD OF THE EMPRESSES

China’s grand imperial era––the Qing dynasty––was a multiethnic and multicultural state founded in 1644 by a small northeast Asian group who came to call themselves “Manchus.” These conquering rulers adopted the Forbidden City in Beijing as the seat of the government. The Manchu ruling house differed from their populous Han Chinese subjects by language, history, and culture. In the Qing dynasty, Manchu customs prohibited foot-binding and encouraged women to learn to ride and hunt. In general, Manchu women enjoyed more freedom and rights than their Han Chinese counterparts. 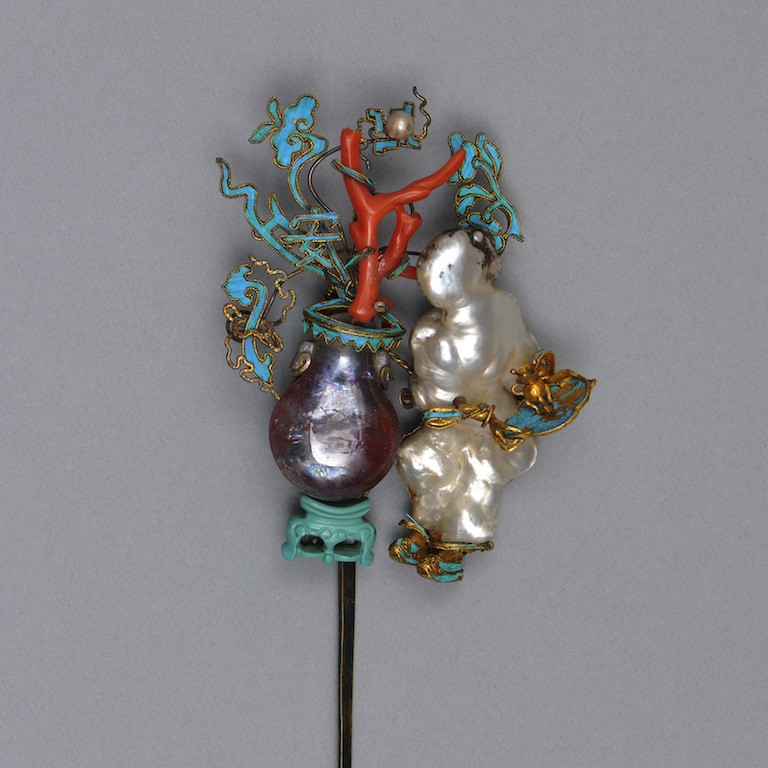 While the Qing imperial court was strictly patriarchal and hierarchical, a few empresses stood out and helped shape the long history of the dynasty. The empress headed the imperial harem and could influence the emperor. She was regarded as the “mother of the state” and a role model for all women. Presiding over the state ritual promoting silk production, empresses honored women’s vital role in the economic health of the state through textile production.
While the emperor-centric Qing imperial court recorded only skeletal outlines of the empresses’ lives, only recently have historians begun to fill in a more complete picture.

Exhibition curators were able to reconstruct their rich and active lifestyles from the lavish art produced by the Qing court. Sumptuous objects showcased in this exhibition include the largest assemblage of imperial textiles and jewelry that have ever traveled to the U.S. from the Palace Museum. These works demonstrate how Qing dynasty empresses projected authority through what they wore, from stunningly embroidered socks to splendid dragon robes.

“We are very proud to reclaim the presence and influence of these empresses, about whom history has largely been silent,” says Daisy Wang, PEM’s curator for this exhibition. “The exquisite objects related to the empresses give us a better understanding of these intriguing women. Further evidence found in court archives and other historical sources help illuminate their hidden, but inspiring lives.”

STORIES OF OPULENCE AND INFLUENCE

Empress Dowager Chongqing came from humble beginnings, entering a princely household as a maidservant at age 11 and bearing her only child at age 18. Her son eventually became the Qianlong emperor, which made Chongqing the focus of his filial piety, a core Confucian virtue. He honored her as the Sage Mother of the state, a status vividly captured by two life-size portraits of Chongqing in the exhibition. Following her death in 1777, she was commemorated by her son with a 237-pound gold shrine. Encrusted with gemstones, the shrine holds her hair to ensure her rebirth in the Buddhist paradise. As the largest of its kind in the Palace Museum’s collection, this shrine will be displayed at PEM and the Freer|Sackler for the first time outside of China. 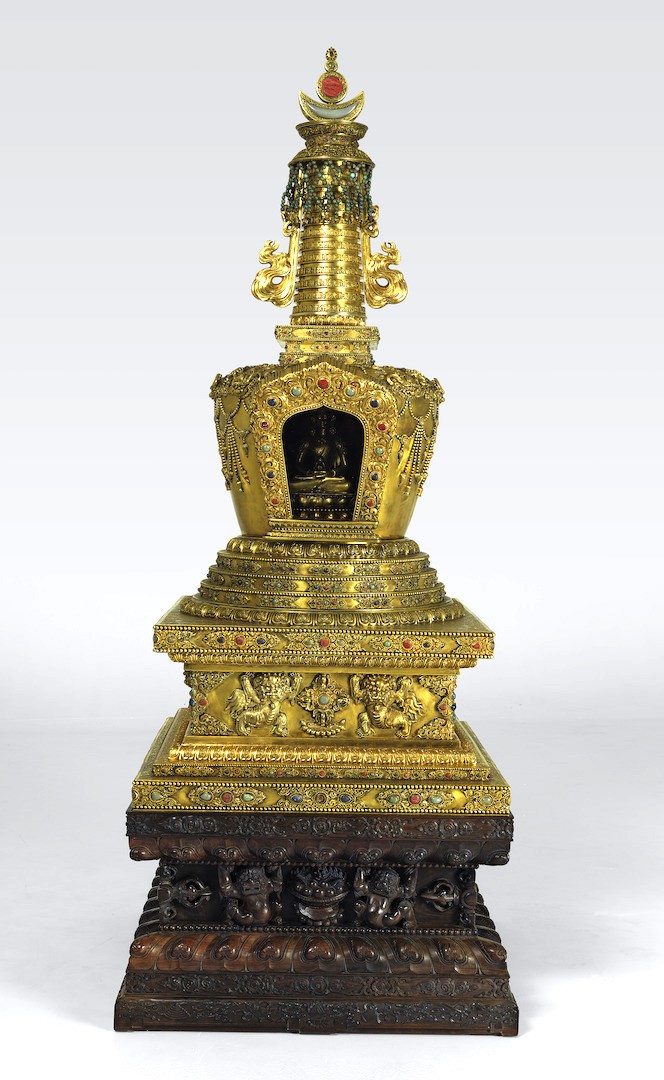 Fifteen-year-old Xiaoxian married the future Qianlong emperor while he was a prince. She became the empress after her husband ascended the throne. As childhood soulmates and confidants, Xiaoxian closely attended to her husband as he endured a months-long illness. She was a caring daughter-in-law and a wise manager of imperial family affairs, qualities that garnered her widespread respect. In 1748, at the age of 36, Xiaoxian fell ill and died while traveling with her husband. In response, the heartbroken emperor brushed a poem to mourn his beloved wife. Empresses of China’s Forbidden City is the first exhibition to ever reveal this soulful elegy to the public.

Though tradition declared that “women shall not rule,” there was room for ambitious Qing empresses. Soon after giving birth to the Xianfeng emperor’s only heir, Cixi, a low-ranking consort, received a promotion. Facing a succession crisis after the death of her husband in 1861, Cixi, alongside the other empress dowager Ci’an (1837–1881), instigated a coup to gain political power and become co-regents to Cixi’s son, the child emperor. As the most powerful empress in Chinese history, Cixi ruled China for nearly half a century, bringing radical changes to the role of women in court politics and art patronage.

The exhibition culminates with a commanding sixteen-foot oil portrait of Empress Cixi. It was her gift to President Theodore Roosevelt in 1905. Cixi directed the American artist Katharine Carl to create an image of a youthful and benevolent ruler to express her good will to people in America at a time when U.S. and China experienced challenging relations. A recent conservation project at the Smithsonian has restored the painting to its original splendor. Empresses of China’s Forbidden Citymarks its first public display in the U.S. since the 1960s.

“The study of women in history is exciting, timely and necessary,” says Jan Stuart, co-curator at the Freer|Sackler. “By focusing on the material and spiritual world of these women, we begin to fill in details absent from previous accounts of women in Chinese history. To the extent that the empresses’ experience of the expectations and constraints finds echo in our own world, we hope this exhibition will prompt broader reflection on the position of women in society and fosters a sense of commonality and connection across time and cultures.” 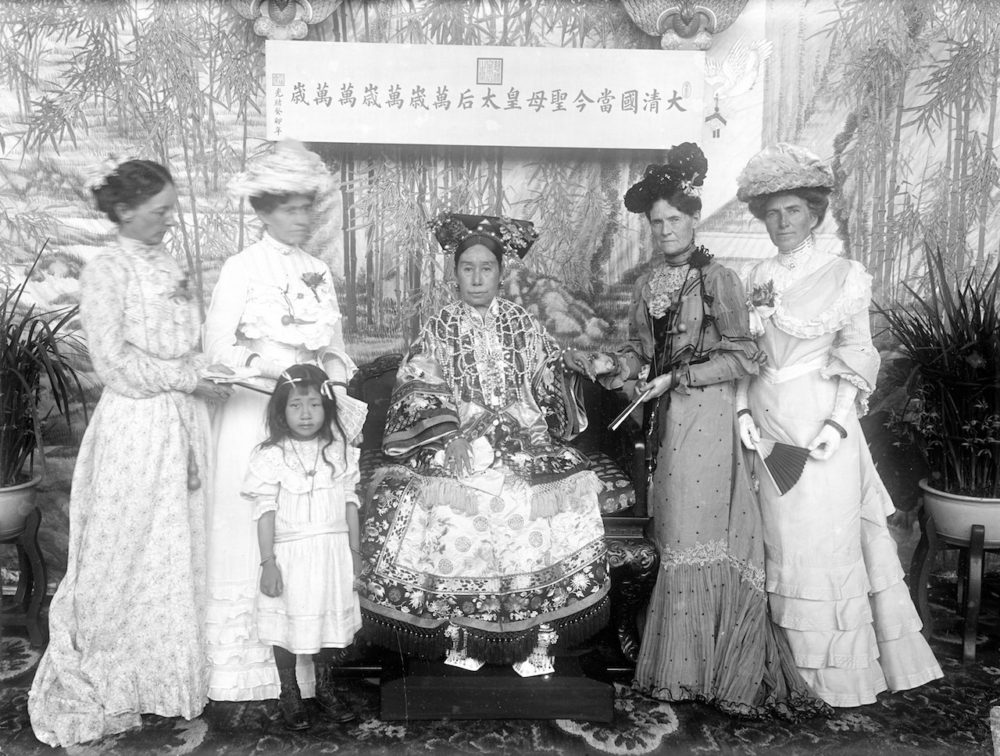 Surrounded by a dazzling array of imperial treasures, visitors will also discover engaging in-gallery interactive experiences, such as creating an empress’s robe. Other experiences include immersive videos and opera performance, as well as English and Chinese language label text and guided tours. In November 2018, halfway through the run of the six-month exhibition at PEM, an additional 30 artworks from the Palace Museum will be installed in the galleries, including magnificent paintings and imperial robes.

“This exciting exhibition fulfills our institutions’ shared commitment to expanding the appreciation of China’s rich culture, in this instance by recovering the preeminence of the Qing empresses through these stunning and rare objects,” notes Dan L. Monroe, the Rose-Marie and Eijk van Otterloo Director and CEO of Peabody Essex Museum, and Julian Raby, Director Emeritus, Freer Gallery of Art and Arthur M. Sackler Gallery, Smithsonian Institution.

Founded in 1799, PEM is the oldest continuously operating museum in the nation. Over the past twenty five years, PEM has distinguished itself as one of the fastest-growing art museums in America and now ranks among the top ten percent based on size, endowment, and operating budget.

PEM creates transformative experiences of art, culture, and creative expression and is dedicated to creating new strategies for engagement, impact, and innovation. The museum’s exhibitions, presented at home and at first-tier art museums worldwide, provide surprising, compelling, and thought-provoking experiences.

The museum’s collections are among the finest of their kind, boasting superlative works from around the globe and across time — including Chinese, Japanese, Korean, South Asian, Maritime, Native American, Oceanic, American, American Decorative, Fashion, Photography, and Asian Export Art. Its library collection is one of the nation’s most important museum-based collections of rare books and manuscripts, and PEM’s architecture collection of 22 noted historic structures includes Yin Yu Tang, the only complete antique Chinese house located outside China. PEM’s education and public programs serve diverse audiences of all ages and the museum’s campus offers a varied and unique visitor experience with hands-on creativity zones, interactive opportunities, and performance spaces. PEM’s visitor satisfaction ratings are consistently highly ranked and it is the only art museum in the world to employ a full-time neuroscientist to help design more exciting and impactful experiences based on brain research. HOURS: Open Tuesday-Sunday, 10 am-5 pm. Closed Mondays, Thanksgiving, Christmas and New Year’s Day. ADMISSION: Adults $20; seniors $18; students $12. Additional admission to Yin Yu Tang: $6 (plus museum admission). Members, youth 16 and under and residents of Salem enjoy free general admission and free admission to Yin Yu Tang.