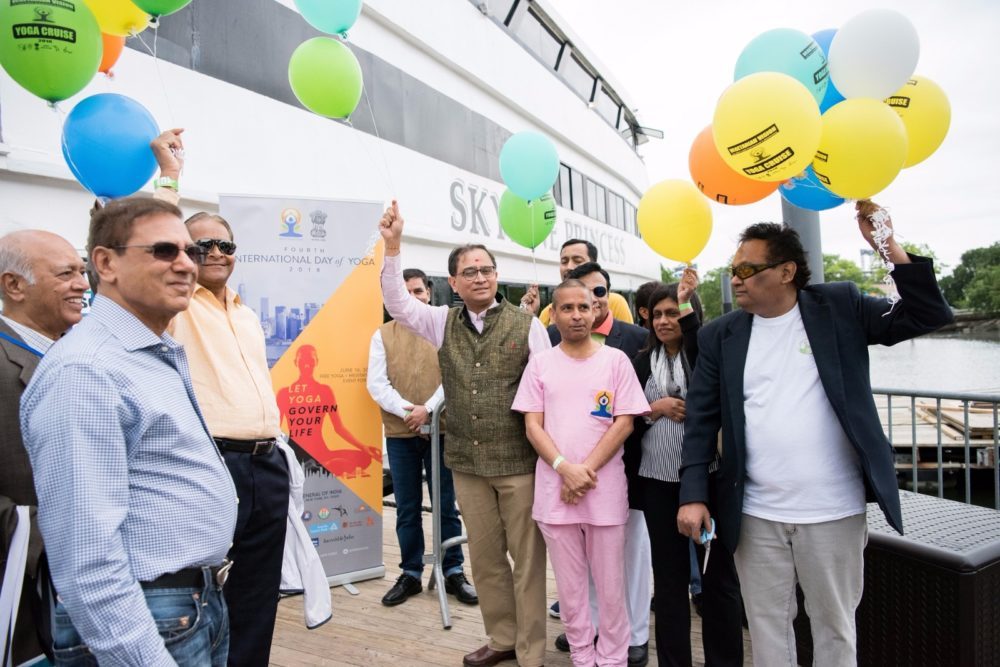 The cruise centered on the theme of Yoga and was attended by more than 400 people.

The state of the art yacht called ‘Skyline Princess’ chartered exclusively for the cruise had three separate and wrap around decks including indoor and outdoor spaces with occupancy of 450 people. Yoga related conversations, discussions, lectures were simultaneously being held on various decks with guests heartily enjoining each session. 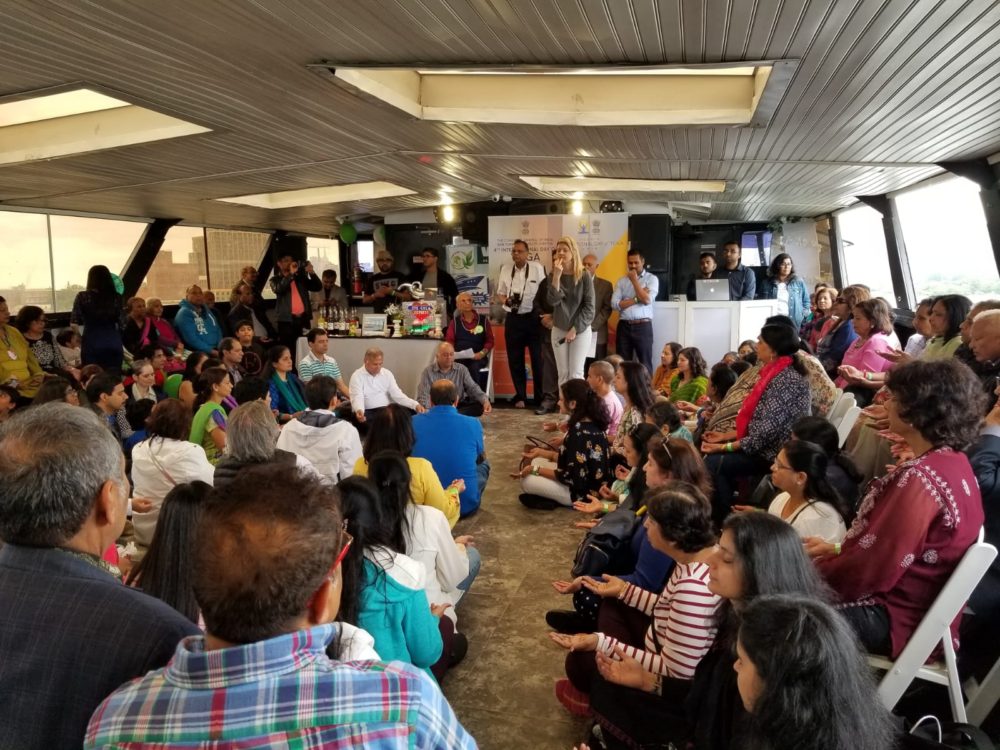 Sandeep Chakravorty, Consul General of India in New York flagged off the yacht with releasing of multi colored balloons symbolizing eternal value of peace, freedom and unity in diversity.