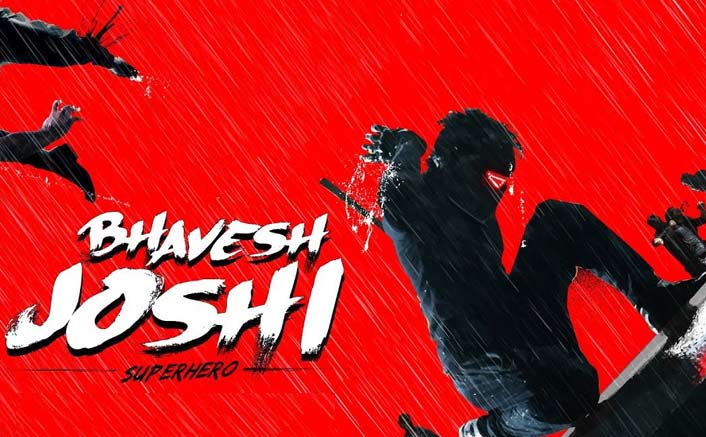 Despite its flaws, deliberate or unintentional, “Bhavesh Joshi Superhero” is a bold exercise in the liberation of the vigilante-superhero drama, in Indian Cinema.

It is an astutely mounted film that evokes the feel of a graphic novel, in parts. It seems charged from within by its power as a fable; we sense it is not interested in a plot so much as with the dilemma of functioning in a world losing hope.

That world is present day India and Mumbai in particular, with corruption at its peak.

The film conforms to the fact that the heroes are only human and supernormal. They can be in only one place at a time, with only will-power and no other supernatural powers.

It focuses on the contradiction shared by most superheroes: They cannot live ordinary lives, living on the fence but are fated to help mankind.

The narrative begins sometime in the eventful year — 2011 when the country was swayed with by anti-corruption movement, specifically during the rally of the Jan Lokpal Bill.

They dream of a clean, corruption-free India and in their bid to achieve this they bond together to form a formidable team called “Insaaf”.

With paper bags masking their faces they would confront people who are doing any wrong, right from breaking traffic signals to men defacing the street walls to any corrupt practices that needs ironing, they would make a video clip and upload it on the website called, ‘Insaaf TV’.

What started off as a hobby created during their “youth-ka-josh” soon takes a sinister turn of a revenge-cum-vigilante drama, with the trio taking on the local politicians and water-mafia of the city.

The narrative is a bit unrealistic and far-fetched, but that’s what superhero films are supposed to be. There are fate, fantasy and deux-de-machina that comes to the rescue of the hero during his trying and turbulent moments, these are what pump the adrenaline.

The film is also grim and dark in parts as it reveals the hidden truth that plagues our society.

One of the cinematic liberties taken by the director is the inclusion of the Greek mythology used as a metaphor, this bit seemed forced and pseudo in the telling.

Harshavardhan Kapoor as Siku is sincere but unimpressive. As a vigilante, he is garbed in traditional comic book wardrobes — cape, boots, gloves, belt, masks, a super-fuel charged motor-bike and anything to make him look like one of the kind.

He also adorns a bald-pate to be unrecognisable. His falls, hurt and pain all seem real, but yet you don’t feel for him.

Piyanshu Painyuli as Bhavesh Joshi has his moments of on-screen glory and you do feel sorry for him during the turn of events.

Ashish Verma as Rajat, is perfunctory and so is the female lead playing Neha — Siku’s love interest. The karate master deserves a special mention, without him, our hero surely would not have survived.

Nishikant Kamat as the politician along with the other characters who play antagonists, are all weak and unimposing.

The action sequences are thrilling and are well-choreographed, especially when Siku escapes from the dance bar and the local politician’s goons chase him, through the streets, trains and railway station.

Cinematographer Siddharth Diwan’s visuals offer unique angles and frames especially during the chase sequences. And overall, the film boasts of excellent production values rendered by the Production and Design team along with the editing and sound team.