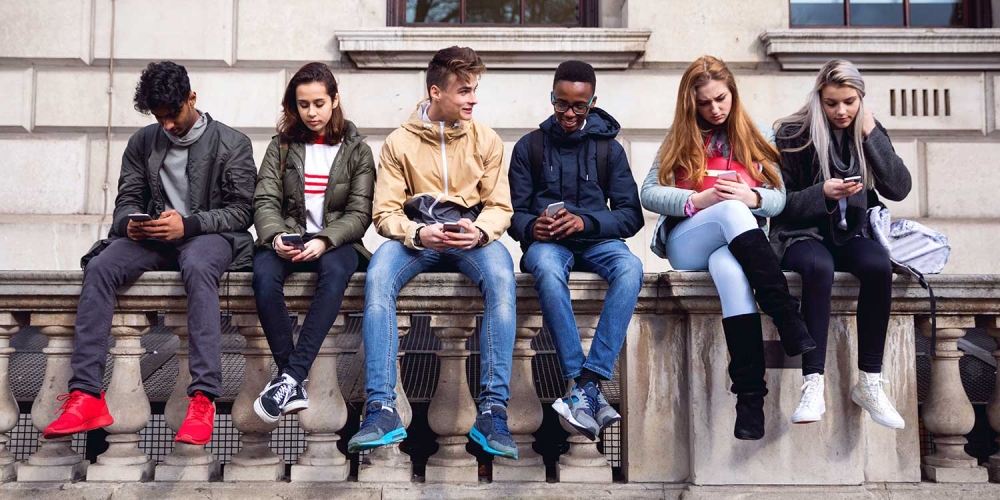 Research has begun to zero in on nearly every part of this spectrum, with findings that run from alarming (screen time is linked to depression and suicide) to reassuring (many teens find social media empowering). But for those looking for a clear-cut “good or bad” verdict on social media, the reality is that it’s a little of each — but generally a much more positive experience than many parents might think.

A new study finds that teenagers report feeling all kinds of positive and negative emotions when describing the same social media experiences — posting selfies, Snapchatting, browsing videos — but the majority rate their overall experiences as positive.

Understanding these nuances can help families better grasp their teens’ up-and-down experiences in the digital world, the study suggests, offering new insight on how best to support them.

A Study on Adolescent Social Media Use

In the study, adolescent social media expert Emily Weinstein analyzed surveyed responses from 568 high school students at a suburban public high school in the United States. The students, who were evenly split between female and male, were heavier users of social media than the average American teen: 98 percent said that they were online “almost constantly” or “several times a day,” compared to 80 percent of teens nationally. Eighty-seven percent of these students used Instagram, 87 percent used Snapchat, and 76 percent used Facebook.

Teens felt empowered and excited when they shared important aspects of their identities with others. But they also worried about being judged by peers and expressed anxiety over not getting enough likes.

Weinstein also analyzed data from 26 in-depth interviews with those surveyed (16 females and 10 males). These students walked the researchers through their experiences on Instagram and Snapchat, describing the content they saw and how they reacted to it.

A Spectrum of Positive and Negative Feelings — with Positive Prevailing

The study found that teens had four main ways of using social media — and although they acknowledged negative emotions from each, most described their experiences as generally positive.

Despite this variety of emotions, most teens described their experiences in mainly positive terms, found Weinstein, who is a postdoctoral fellow at the Harvard Graduate School of Education. Seventy-two percent of the teens reported feeling happy on social media, 68.5 percent amused, 59.3 percent closer to friends, and 57.8 percent interested in the experience. Only 6.7 percent reported feeling upset, 7.9 percent irritated, 10.2 percent anxious, 16.9 percent jealous, and 15.3 percent left out. And 70 percent of the teens described their general experiences on social media using onlythe positive descriptors.

Just cutting teens off from social media entirely may not be the best solution, since that will likely cut them off from positive experiences as well.

The starry faces of gaming!