All proceeds of the performance went to AIM for SEVA, a non-profit organization focused on making education and healthcare accessible to the rural poor in India.

Appreciating Indian classical dance requires a deep understanding of Indian culture and Hindu mythology, and a lot of the meaning can be lost on people without familiarity with dance and Hindu philosophy.  Additionally, classical dance is formal and includes very traditional repertoires, requiring a classical training for true appreciation. Presenting dance to a modern audience in Boston is challenging for these reasons.

The Triveni Ensemble was able to appeal to this modern audience by breaking away from the orthodox tradition, and they did so while maintaining the integrity of the classical art form. Staying true to the technicalities and grammar of Bharatnatyam, Kuchipudi and Odissi dance forms, they used a mix of modern and traditional rhythmic compositions and movements, and performed the Dasavatar.

The show began with Neena Gulati’s masterful narration of the first yuga and first avatar, Matsya, followed by the dance performance by members of the ensemble. The theater was packed with a multi-cultural audience and this theatrical narration at the start of every yuga and avatar helped the audience understand every piece.

The first half of the show comprised of the first five avatars — Matsya, Kurma, Varaha, Narasimha, and Vamana and began with the traditional Mallari, included a piece by Shri Kelucharan Mohapatra and ended with music by T J Rehmi. In the second half, the remaining yugas and avatars — Parashurama, Rama, Buddha, Krishna and Kalki — were enacted, beginning with music from the Night Fight (Crouching Tiger Hidden Dragon) and culminating with the grand presentation of Kalki, depicting the end of the Kali Yuga, based on the Mandari Jathiswaram by Shri Raja Reddy. The patterns formed by the various dancers, the optimum use of the stage space, the lighting, sound, and coordinated costumes all added to the splendidness of this performance. 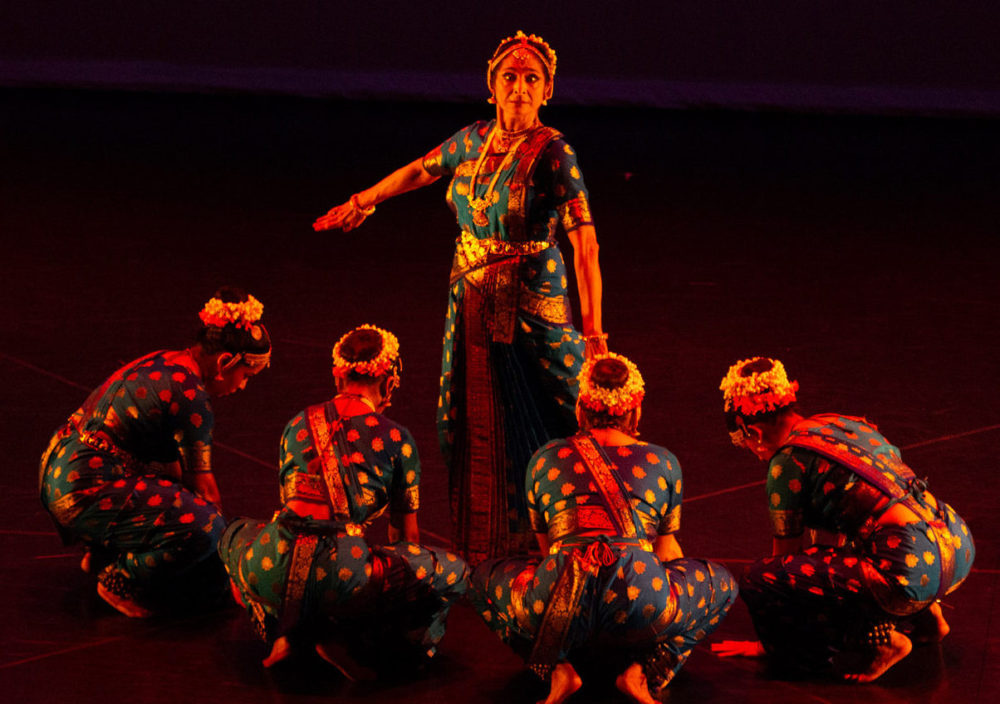 Creating a dance piece is not a logical process. Ideas usually just dawn on the artist but this happens with years of discipline, dedication and knowledge learned or imbibed.

The Triveni School of Dance, founded by Neena Gulati in Brookline MA in 1971, has trained thousands of students in Bharatnatyam, Odissi, and Kuchipudi over the years, providing the foundation needed for creative expression through dance.