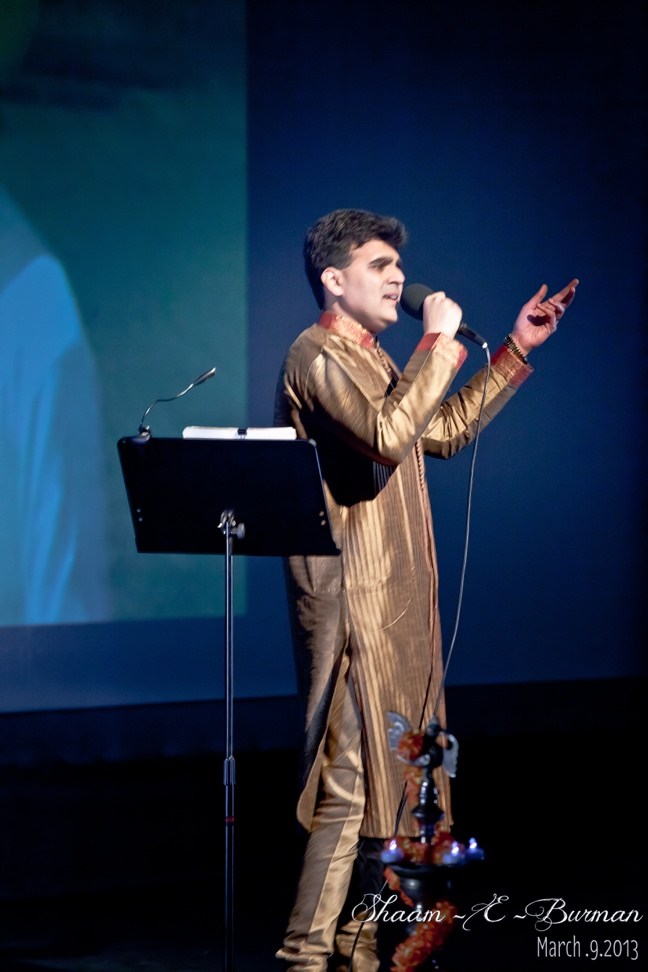 BURLINGTON, MA–Raghu Saranathan, whose one of musical career highlights include performing the national anthem at TD Garden at a Boston Celtics game and singing at many Greater Boston musical events, will be the official singer at the Woman of the Year Awards gala this year on Friday at Burlington Marriott Hotel in Burlington, MA.

Known for his rich, well-trained voice and “famous one liners” and sense of humor, Mr. Saranathan was introduced to singing and music when he started learning Carnatic music at age 7.

He did learn music again, as an adult, in the Boston area with Tara Bangalore, an accomplished singer and teacher in New England.

“My father always liked to have the radio playing in the background as he went about his daily activities. As a result, when I was growing up, I was sub-consciously listening to Hindi film music on All India Radio and singing along with them,” Mr. Saranathan told INDIA New England News in an interview earlier.  “Also, when I was in my 10th grade, my mother presented me with a cassette that was a collection of some of Kishore Kumar’s wonderful hits. I even remember the name of the collection; it was called “Many Moods of Kishore Kumar. It was indeed a wide variety of selection of songs. The cassette, definitely, created an interest in me to listen to Kishore Kumar, Rafi Saheb and other artistes of their era. I then began trading cassettes with my classmates or recorded songs from the radio to form my own music collection.”

Mr. Saranathan says that he likes to improvise when he is singing a song.

In his professional life, Mr. Saranathan is a Senior Technical Program Manager at Atlantic Broadband.