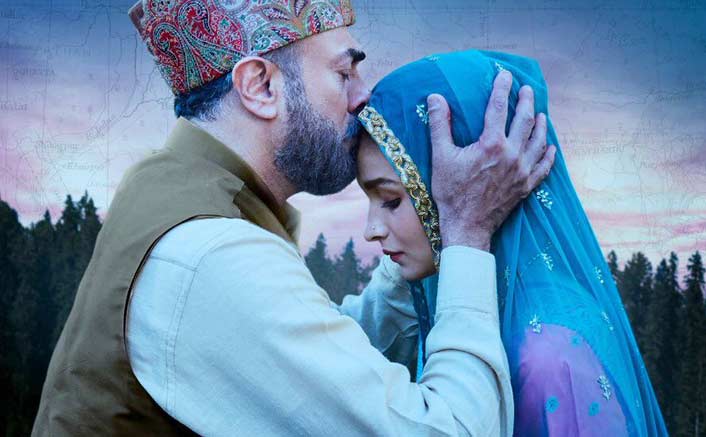 Director Meghna Gulzar’s “Raazi” based on Harinder S. Sikka’s novel, “Calling Sehmat” is not a conventional espionage thriller, but it does depend upon surprises, thrilling moments and unexpected revelation of characters and they grow naturally out of the story.

Set in the early 1970s just before the India-Pakistan war and inspired from real events, “Raazi” is the tale of a Kashmiri girl, Sehmat Khan (Alia Bhatt) whose life changes after she gets to know her dying father’s last wish. As a dutiful daughter, she can do little but surrender to his passion and patriotism and follow the path he has so planned for her.

So from an ordinary, college-going girl she is trained by an Indian intelligence agent Khalid Mir (Jaideep Ahlawat) to become a deadly spy. She is then married off to Iqbal Syed (Vicky Kaushal), the son of the well-connected Pakistani Brigadier Parvez Syed (Shishir Sharma) and her mission is to regularly pass information to the Indian intelligence.

How Sehmat survives her stint in Pakistan, forms the crux of the tale.

With perfect infusion of sentiments in a gripping plot, the story touches one’s heart especially because of Alia Bhatt’s power-packed performance. In an author-backed role, she is natural and undoubtedly captures your heart with her restrained and mature act.

Vicky Kaushal as Iqbal Syed has little to do on screen. But, within the given screen-time he shines brilliantly, especially at the end when he realises that his marriage was just a farce and he earnestly asks Sehmat, if the moments which they spent together were for real?

The only odd one out was Arif Zakaria, portraying Abdul, the family help of the Syeds. With his standoffish get-up and mysterious demeanour, he stood out like a sore thumb and seemed cliched.

Also, Sanjay Suri’s guest appearance is a clever ploy by the director to stamp a loaded statement.

With excellent production values, Jay I. Patel’s cinematography captures the performances and the era to perfection. Shankar- Ehsaan-Loy’s music elevates the viewing experiences.

Overall, Raazi offers a subtle dose of patriotism that makes you root for the film as it brings to life the story of the unsung heroine of the India-Pakistan war. (IANS)