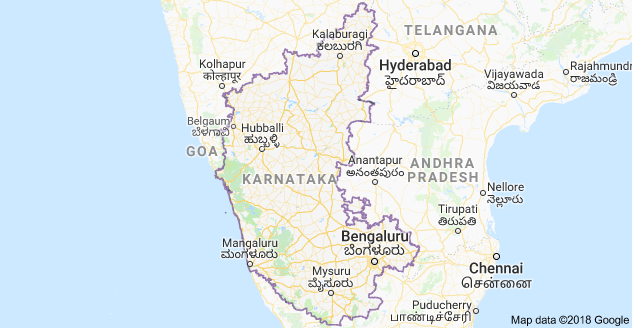 New Delhi–Two of the major chunks of voters that the Congress was banking on in Karnataka were Dalits and Lingayats and on Tuesday as election results were declared both appeared to have voted in large numbers for the BJP.

In fact, the Congress in 2013 rose to power in the southern state with a strong backing of minorities, backward classes and Dalits and the same coalition led to its ouster in 2018.

The Congress desperately tried to add to the coalition the Lingayat factor by granting religious minority status to the community – a move that didn’t work to its advantage.

Dalits and Scheduled Tribes in Karnataka are huge in numbers anywhere between 20 to 23 per cent, enough to make or break prospects for any political party to come to power.

Take a look at the past elections of Karnataka.

In the 51 constituencies reserved for the Scheduled Castes and Scheduled Tribes, the BJP got just seven in 2013 while the Congress got 26 and JD-S 11. The BSR Congress bagged four seats while two went to independents. The Congress scored an easy majority.

And cut to 2018 that threw up a hung verdict. The BJP and the Congress appeared neck and neck winning 23 and 19 seats respectively. The JD-S grabbed eight. The end result is a hung assembly which was a similar case in 2004.

Dalits have traditionally been supporters of the Congress but the BJP has successfully managed to break into the support bases, particularly since the 2004 polls when it managed a social engineering exercise to attract a section of Dalit voters – called the Left Dalits.

The Left Dalits are considered the most marginalised among such communities.

The Congress also tried to woo BJP Chief Ministerial face B.S. Yeddyurappa’s own caste – the Lingayats – a traditional BJP support base. They have influence on nearly 100 seats in the 224-member assembly and make up 17 per cent of the state’s population.

The Congress hoped that that by playing the religious minority card, it would split the BJP’s vote base as Lingayats appeared going back to Yeddyurappa after voting against him in 2013. But the experiment seemed to have failed.

The BJP won from the majority of Lingayat dominated seats – mainly in north Karnataka (Hyderabad Karnataka) and parts of the central region.

In 2013, when the Congress emerged a clear winner, it won 47 seats in Lingayata heartlands, against just five for the BJP. (IANS)