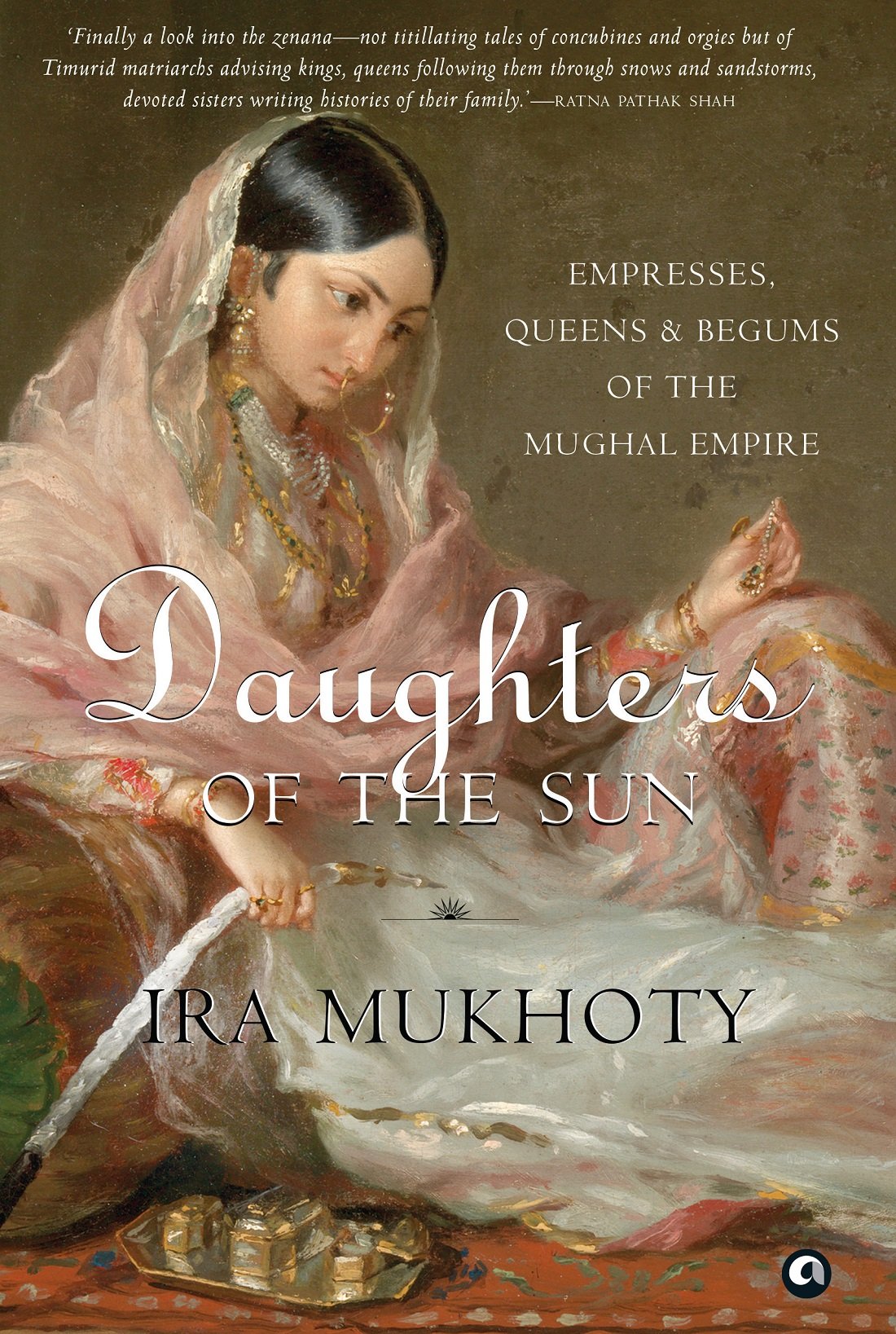 New Delhi– At a time when demonising the Mughal empire has become fashionable in India and a negative perception of their rule comes a new book “Daughters of the Sun: Empresses, Queens and Begums of the Mughal Empire”, whose writer, Ira Mukhoty maintains that Hindustan was “never a plunderous foray” for the Mughals.

The ambition of the Mughals in India, according to Mukhoty, was to found an empire worthy of their glorious ancestors. The author, in an interview with IANS, highlighted that Babur, the prince of Ferghana, accepted that he would never beat the Uzbeks (in Kabul) and decided, instead, to try and found an empire in Hindustan.

“After winning the battle of Panipat, he then did everything in his power to keep his noblemen and his amirs in Agra and summoned their families, women and children, to Hindustan. Babur saw Hindustan as the land of hope, albeit a somewhat poor substitute for his glorious childhood cities. Hindustan would be the land in which he would forge his dream of empire, dreams nurtured by a desire for grand architecture, magnificent courtly culture and etiquette. It was never a place of plunder from which to take wealth and then return to his homeland as there was no other homeland for Babur to return to.

“But somehow we have conflated the histories of all the different Muslim rulers/invaders including the likes of Nadir Shah, the Delhi Sultans, and the Tughlaqs into one, amorphous, dangerous heap. I am interested in extricating the Mughals from this morass, to bring them to life as much as possible so people can see them for the living, dreaming, ambitious and talented family they were,” Mukhoty contended.

The author pointed to Babur’s “Baburnama,” Gulbadan’s “Humayun-nama” and Jahangir’s “Tuzuk i Jahangiri”, maintaining that these primary sources show us the real motivations, concerns, ambitions and griefs of the Mughals.

Mukhoty, who has previously authored highly acclaimed “Heroines: Powerful Indian Women of Myth and History”, has, in her new book, chronicled the lives of women who played a vital role in building the Mughal empire. In doing so, she brings forth an illuminating and gripping history of a little known aspect of “the most magnificent dynasty” that the world has ever known.

“When I set out to write this book, I had the same view of the Mughal women that I suppose a lot of lay people do — that they were essentially domesticated and exotic women, quite unchanged through 200 years of history. As I did my research, I was truly amazed at the way the physical space that these women occupied evolved over the course of this time. The early Mughal women were physically so mobile and adventurous, journeying in harsh and unpredictable conditions, that it completely challenged my preconceptions about a “harem” or a “zenana”. Over time they did become more sedentary, as Akbar built the high walls of Fatehpur Sikri, and yet the women refused to be constrained by these limitations and kept setting off on Hajj journeys, or on unexpected pleasure excursions,” she said.

The Mughal women, Mukhoty said, influenced politics, and art and architecture; commanded immense wealth — and often used this wealth to stake their own claims to a legacy.

“Influential women were a part of their Central Asian nomadic culture so it was never unusual for a woman to be ambitious or to wish to leave a legacy or influence politics. This ambition, this independence, this power that many of the women showed, were all startling discoveries for me,” noted Mukhoty, who was educated in Delhi and Cambridge.

She further recalled that at the onset, the idea of the “harem” made her “somewhat uncomfortable”, with “vague but tenuous notions of lascivious kings and nubile women” associated with the whole concept.

“This is a post-colonial construct, as the western travellers in the 18th and 19th centuries wrote with fervid imagination about the Mughal world they encountered in india but could not understand. As I looked a little deeper, I realised that the zenana was often like a traditional Indian joint family, just more so! With Babur and Humayun, it was quite a contained space but with Akbar onwards, the zenana became much larger. It was almost like a mini-city, in which every profession was carried out by women, from administration to military to entertainment. It was from within this space that the Mughal women operated and they found ways to exercise their influence despite the desire of later ‘padshahs’ to impose greater order,” she elaborated.

Mukhoty said that Indian history has not been written about in anywhere near the extent it deserves to be.

“If you think of any British monarch for example, Henri VIII or Queen Elizabeth I, there are countless books on them. Similarly for the French, there are reams of writing on Louis XIV and Marie Antoinette. Indian history has so much to offer, but so much is still shrouded in mystery, or myth-making,” she contended.

Priced at Rs 699, “Daughters of the Sun” has been published by Aleph and comes with an elaborate Notes and References section. (IANS)