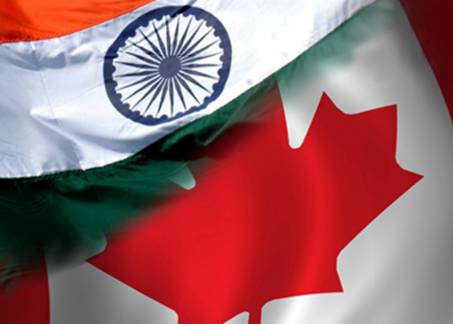 Vancouver– British Columbia, the Canadian province that is a leader in technology and has one of the fastest growing tech ecosystems in the world, is looking at a shortfall of 30,000 skilled individuals to fill tech-related jobs, with India as an important catchment area for recruiting immigrant talent.

“India, the Philippines and Nigeria are the countries we are looking for tapping talent in the Information Technology (IT) sector,” says Patrick Mackenzie, CEO of the Immigrant Employment Council (IEC) of British Columbia, the southwestern province in Canada which accounts for more than 10,000 companies and approximately $29 billion (Canadian dollars) in revenue.

Speaking to IANS on the sidelines of the third annual BCTECH Summit here, Mackenzie said there are huge openings for immigrants as information system analysts, consultants, software engineers and designers and computer system managers.

“The current supply cannot meet the industry’s growing demands for tech talent. By 2021, there will be an anticipated shortfall of over 30,000 skilled individuals to fill tech-related jobs in the province,” he noted.

Unless immediate action was taken by the provincial and federal governments, tech employers, the settlement and integration sector and other key shareholders, this employment gap will severely limit the potential growth of the industry, Mackenzie added.

The “2016 Tech Talent BC Report” identifies three talent pools — new entrants or recent graduates, immigrants and other local supply to include career transitioners and people from under-represented groups.

The focus of the report was immigrants and the country needs to source 8,500 more immigrants than are currently projected to arrive in BC by 2021 to meet the growing tech sector demand.

British Columbia’s Premier John Horgan, in his remarks at the plenary session on Wednesday, put the figure at 9,600 which the province needs to bring people from across the world into the tech sector.

The tech and innovation sector in BC has grown rapidly over the past 10 years, transforming its economy in many ways that people could not have imagined. It is evident in the increase of technology jobs from 66,000 in 2002 to more than one lakh in 2016.

Bruce Ralston, Minister of Jobs, Trade and Technology, British Columbia, said the province is home to globally-recognised talent, trained at international renowned post-secondary institutions and some of the most successful and innovative companies in the industry.

Ralston said the government of British Columbia actively supported the tech sector to build the good, highly-skilled jobs of tomorrow and to keep their traditional sectors stay efficient, sustainable and globally competitive.

“However, we know the government cannot grow the tech sector alone, and we need strong partnerships –within the private sector, with other levels of government, with educators, and between our traditional industries and innovative tech companies- to continue to develop the emerging economy,” he added.

Mackenzie says even this year, despite the high number of openings, actually over 3,600 jobs will get unfilled till 2020-21 if we don’t find ways to fill them. “We need 8,500 immigrants with skills,” he added.

Asked about the emphasis the IEC would have on India as a pool for scouting talent, he said: “India is a leader in the tech sector and the Council has a very clear picture how to rope in talent and to tell the immigrants what they can look for and do in Canada”.

“India would be a very crucial market for us. There are many international immigrants including Indians in Vancouver”.

It is not just tech jobs and there are openings everywhere, the IEC CEO stressed.

One of the key findings of the IEC report on “Employer Challenges in Attracting and Integrating Immigrant Talent into BC’s Tech Sector” was that most employers had used at least one of the programmes to source international talent and had mixed reviews.

The other was the alignment between immigrant talent and tech employer needs as they relate to soft skills (language) and hard skills (technical).

With a few exceptions, most employers felt that immigrants’ soft skills were in short supply and, in particular, their interpersonal communication styles often do not align with Canadian employers’ expectations.

The final theme of the report involved settlement and integration services and support for newcomers and their families.

British Columbia is home to international tech giants like Microsoft, Google and others. (IANS)