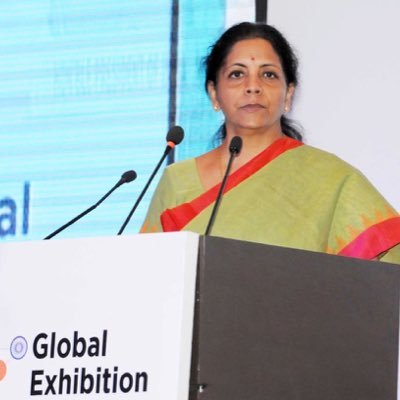 “Any comment on wanting peace will definitely be taken seriously,” Sitharaman said in reply to a query about Bajwa’s comments indicating that the Pakistan Army would supporting peace talks to resolve India-Pakistan disputes.

She was speaking to reporters after inaugurating a workshop on artificial intelligence in national security and defence of India.

According to Pakistan media reports, Bajwa last month said a peaceful resolution of disputes, including Kashmir, would be possible through talks between the two countries.

Bajwa last month was reported to have said it was Pakistan Army’s “sincere belief” that all issues between Pakistan and India, “including the core issue of Kashmir”, could be solved peacefully by “comprehensive and meaningful dialogue”.

“While such dialogue is no favour to any party, it remains the inevitable precursor to peace across the region. Pakistan remains committed to such a dialogue, but only on the basis of sovereign equality, dignity and honour,” the Pakistan Army chief said in one of the rarest comments talking peace with India.

Sitharaman also said that the armed forces would honour the government’s Ramadan ceasefire decision in Jammu and Kashmir.

“We shall fully honour the policy which the Home Ministry on behalf of the government of India announced. The policy has clearly laid out how it is going to pan out and we shall abide by everything that was announced,” she said.

In her address at the workshop, the Defence Minister said the India Army, Navy and the Air Force needed to incorporate the concept of artificial intelligence which can also be used to check chemical, biological and nuclear weapons and also to keep vigil on outer space.

The Defence Ministry has approved the future roadmap on using Artificial Intelligence as tactical deterrent and its peaceful and commercial use. (IANS)