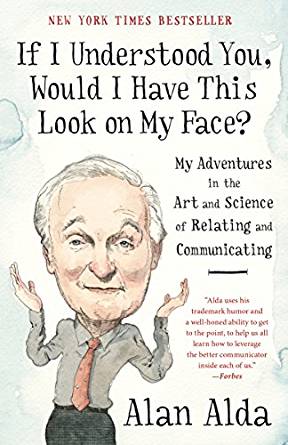 Communication is the basis of human relationships and most of our endeavours. But increasingly, it takes place between scientists and politicians, doctors and patients, businessmen and customers and even husbands and wives without any meaningful result. What are we doing wrong, and why does it matter? 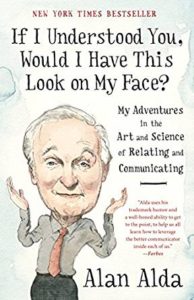 Almost all of our achievements are built on our ability to communicate meaningfully, but it seems we forget this simple fact and talk at each other, rather than to each other.

And then “people are dying because we can’t communicate in ways that allow us to understand one another”, says renowned and award-winning actor, writer and director Alan Alda, adding this may sound like an exaggeration, but is not. As he holds, war is “the most extreme form of poor communication”.

Citing the remark attributed to George Bernard Shaw that “the single-biggest problem in communication is the illusion that it has taken place”, he admits: “When it finally became clear to me that I often didn’t understand what people were telling me, I was on the road to somewhere good.”

Beginning with a practical, painful encounter with his dentist that left him with a sneer — and warned him of the perils of less than clear communication, Alda draws on his experiences, both personal and professional, acting lessons and scientific research to try to tell us how we can bridge the gap to meaningful communication.

Most known for playing “Hawkeye” Pierce in the classic TV series “M*A*S*H 4077”, Alda has also played on stage Nobel-winning physicist Richard Feynmann, who once said that the “real problem in speech is not precise language. The problem is clear language. The desire is to have the idea clearly communicated to the other person…”. Alda shows how we can achieve this goal, by relating better to the other person(s).

Subtitled “My Adventures in the Art and Science of Relating and Communicating”, the book is divided into two parts. In the first, “Relating is Everything”, Alda stresses how relating to the audience (one person or thousands) is important, and its two key attributes — empathy, or responsiveness to what the other might be feeling; and the “theory of mind”, or the ability to anticipate what they are thinking — are the prerequisites of successful communication domestically, professionally and officially.

Both attributes, he contends, are learnable skills and flow from not only hearing — most attentively — what they are speaking, but what their facial expressions, tone of voice, and body language are conveying.

Given his acting background, Alda plumps for innovative and creative exercises in improvisation to help pick up these two skills, relating experiences of classes he, or others, held for various sections, including autistic children.

He combines this with scientific research on various aspects of this human behaviour as well as his own attempts, including meditating, reading fiction and identifying emotions of passers-by on the street or otherwise.

In the second section, “Getting Better at Reading Others”, he elaborates on these two traits and their learning but also points out the hindrances, especially jargon and “the curse of knowledge” (“Once we know something, it’s hard to unknow it, to remember what’s it like to be a beginner…”) and how empathy is not always beneficial.

The book is packed with singular anecdotes, cutting edge-research and interesting — and unexpected — insights, (eg, “when men share the housework with their wives, it leads to more sex”), it is all delivered in a conversational, candid, witty and self-deprecating manner (like most of his screen roles; Hawkeye Pierce once asserted that he “thrives on rejection”).

But overall, Alda makes a convincing case for (relatively) small but key things that can enable us to convey our message for mutual benefit. One complaint may be that it is too repetitive with him belabouring the same point again and again, but then he is stressing on some of the most obvious things we miss.

We won’t lose much by trying what we suggests. What we may gain may be beyond estimation. (IANS)