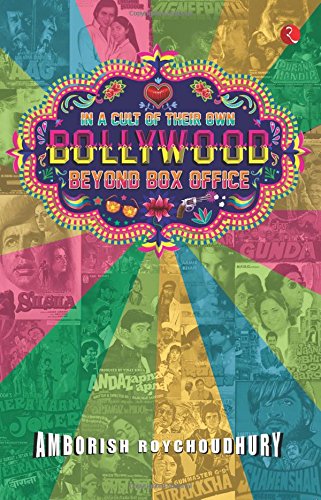 Aamir Khan’s “PK” is considered one of his landmarks but would anyone even suspect this was not the first time these initials played a major role in his career? Or what role Prithviraj Kapoor had in development of gory horror films? Or how Bollywood trumped, or at least matched, Hollywood in depicting secret agents or superheroes?

Then, which films saw almost all their cast being replaced even after most of its shooting was done, where Dharmendra reprised (and outdid) Marlon Brando, where Kamal Haasan sported fangs, and the like?

Even most ardent Bollywood buffs could be hard-pressed to answer these questions. For, their answers lie in a tradition beyond big banners, top actors giving the performances they have become known for, huge critical and popular acclaim and ringing cash-registers at box-offices.

As advertising professional-cum-movie maniac Amborish Roychoudhury shows in this delightful compilation, these can be found in the films that never received their full due, either because of lack of release, or promotion, early tanking or virulent initial criticism — but have gone on to become cult classics.

Though these films rarely figure whenever the accomplishments of Bollywood are listed, they have done much to advance Indian filmmaking — or, at least, warned filmmakers of what not to do, as well as giving many aspiring actors and others their first chance, he contends.

Roychoudhury maintains that there are two categories of cult classics. First, those whose story does not end tragically at the box office, for though “deemed not so successful and fizzle out of the theatres in a heartbeat, these films lead charmed lives — they figure out a way to survive”.

Be it through “an old bootlegged DVD or VHS” (video cassette) or “our old friend YouTube throws a surprise”, you will soon find people blogging and tweeting about it, “and it becomes an Internet phenomenon”.

And then there are those which are so bad or crass, that they create a devoted following for their lack of quality or abundance of inanity, or depending on a larger requirement of the willing suspension of disbelief that can be expected.

Roychoudhury, who stresses cult classics become cult classics by themselves and not by any conscious decision of their makers, identifies three criteria for selecting his list — films that flopped or were never released, are “insufferably trashy but entertaining nevertheless”, or “successful but not considered mainstream”.

And it is an eclectic collection he has gathered — 20 films and two filmmakers.

There are those made by celebrated filmmakers to reflect their own lives, without any thought for their audience, critics or other considerations — say, “Kagaaz Ke Phool”, “Mera Naam Joker”; or those in which their fairly new makers wanted to tell the story they had in mind, no matter if they were before their time, be unfeasible or go above the heads of the watchers — “Jaane Bhi Do Yaaron”, “Raakh”, et al.

Then there are those which are totally mindless (“Gunda”, “Deshdrohi”) or rather tasteless, (“Andheri Raat Mein Diya Tere Haath Mein”), or both.

Also there are the wannabes — quite many, but not all. For we learn here that Bollywood had secret agents onscreen within a few years of the first James Bond film, beat Hollywood to depicting the “Man of Steel” and, in some cases listed here, ended up possibly inspiring their American counterparts.

Providing a cast and synopsis, before dealing with the film, Roychoudhury alternates in tongue-in-cheek treatment of those so bad they can be good (the question answer format of Manoj Kumar’s “Clerk” is hilarious), to the suitably deferential treatment of those that deserved more (“Jaane Bhi..”, “Chashme Buddoor”, “Katha”).

He also draws from his own reminiscences of these films as well as face-to-face interviews with those involved in acting and directing them, including Aamir Khan, Pankaj Kapur, Rajkumar Santoshi, Tinnu Anand, and Deepti Naval.

There will be a rare few who might have seen even a majority of these films, and for even them, and others interested in Bollywood, it is a marvellous and entertaining voyage of discovery. (IANS)