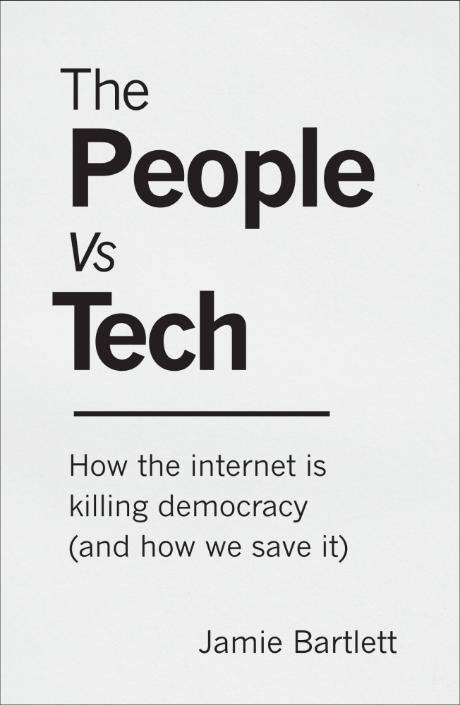 Duality is a feature of humanity and manifests itself in all its works, particularly its technology. Advances in digital technology have changed our lives greatly, disrupted many forms of social, economic and political interactions and made us information-rich. So should we welcome all this unreservedly or will there be a price to pay too?

Quite possibly, and it might be higher than we may imagine. How about the threat to democracy, privacy and independent thinking, among others, as this work argues?

Before you think this to be an exaggerated threat, remember the role social media played in the Brexit fight or the 2016 US Presidential Elections where Donald Trump emerged triumphant, the illegal use of Facebook users’ data by Cambridge Analytica, the online trolling and abuse faced by dissenters, the fake news phenomenon and the “post-truth” world.

“In the coming few years, tech will destroy democracy and the social order as we know it, or politics will stamp its authority over the digital world,” says British author and technology expert Jamie Bartlett, but notes it is rather clear that tech is winning against a “diminished and enfeebled opponent”.

And Bartlett, who has written “The Dark Net” about the internet’s hidden corners, presented a BBC documentary series on the Silicon Valley and heads the Centre for the Analysis of Social Media at think-tank Demos, goes to show us how and why this is happening.

At the outset, he however stresses that he is not talking about all technology but “specifically the digital technologies associated with Silicon Valley — social media platforms, big data, mobile technology and artificial intelligence — that are increasingly dominating economic, political and social life”.

He argues that the basic structures of democracy — no matter how flawed they may be — are in danger from these technologies. The middle class is being eroded, sovereign authority and civil society being weakened, mainstream media facing a lack of credibility, and politics becoming a toxic encounter, where divisions are exacerbated instead of common ground being reached. The last is not so difficult to gauge — just engage someone of the opposite political persuasion in a discussion and see.

Most worrying is that people are losing their critical facilities, with an increasing reliance on computer codes to do their thinking for them, on what they should buy or watch or where to go for a holiday.

And then, who profits from all this? But here, too, the author stresses that he is not indulging in a “book-length whinge about rapacious capitalists who masquerade as cool tech guys or a morality tale about grasping multinationals”.

He first makes a compelling case that while technology, though a grand and overarching system, is based on different rules and principles than democracy — hence the conflict. Bartlett then postulates six key pillars of democracy, including active citizenry, free elections and a competitive economy and civic freedom, and goes to show how they are under threat from technology.

It is a fascinating, though sometimes sobering and even frightening, journey that encompasses interviews with the top tech pioneers of Silicon Valley (including one surreal encounter), a visit to the now abandoned headquarters of the Trump social media campaign team and an explanation of its working, the monopolies of the big tech companies, the struggle over encryption, the move towards Machine Learning and Artificial Intelligence and how all these could fashion our future.

He boldters his case by providing a wealth of insights (phones turning us into zombies where we are so happy to talk with a disembodied voice while ignoring people around us), and perceptive views — ranging from Canadian communications guru Marshall McLuhan (of the “global village” fame) to anti-totalitarianism writer Hannah Arendt.

However, Bartlett’s aim is not only to paint a frightening view of a technologically-tyrannical dystopia down the road, but also offers us 20 things, distributed among the six pillars of democracy he has listed, that we can do — not only to reclaim democracy, but also our free will and choice and, eventually, our humanity.

An alarmist polemic? Could be, but all these points deserve consideration. We may not agree with all, but will ignore them only at our peril. (IANS)