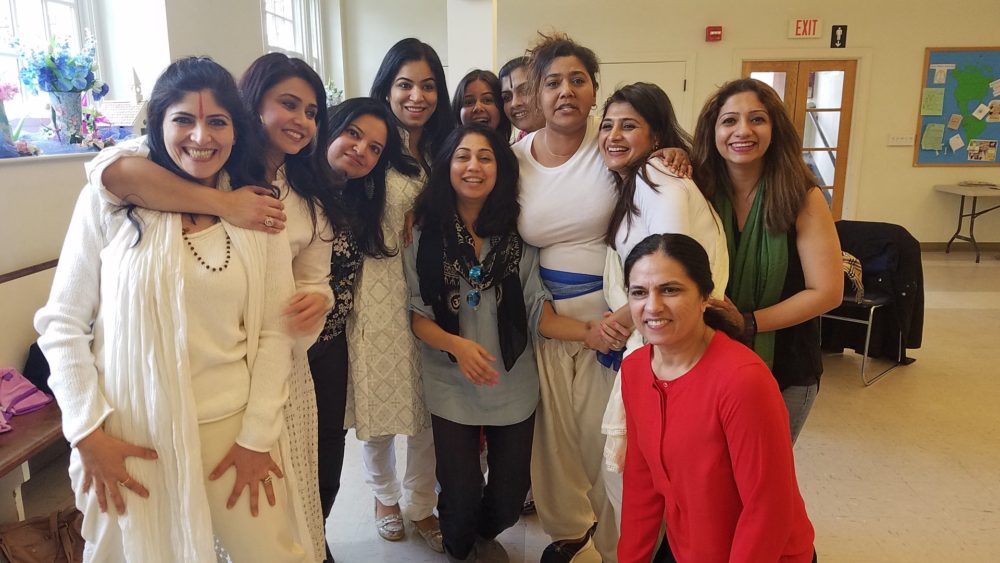 BELMONT–There are many things around us that we have become so used to that we never see them happening another way. There are many qualities that are by default attributed to men and others to women. There are many jobs that are always considered gender specific. How if I say that we break all these in one stab? (Photos: SETU Facebook)

Stage Ensemble Theater Unit (SETU) presents Girish Karnad’s classic play “The Fire and the Rain” in English with 28 actors and dancers. The play illuminates age-old human relationships with gods, rituals and sacrifices, the complex societal order of the Indian caste system, some very rigid traditions and dark moments in the human lives. This original drama with mostly male characters is going to be enacted by only female actors. These roles depict aggressive, violent and destructive characteristics that are naturally and easily accepted in men. But everything changes when they are rendered by female actors. Male-chauvinism performed by women will bring to the audience’s attention the unspeakable behavior that is often accepted as norm in Indian society. It comes as a shock to see these male patterns enacted by women.

As an experimental production featuring an “all-female” cast, the play is not about women pretending to be men. Rather, it is about giving women the opportunity to take on roles that were created for male actors depicting predatory, abusive and savage behavior. We have come a very long way, from women not being allowed on stage to this cast of 28 female members playing roles that were made for men. 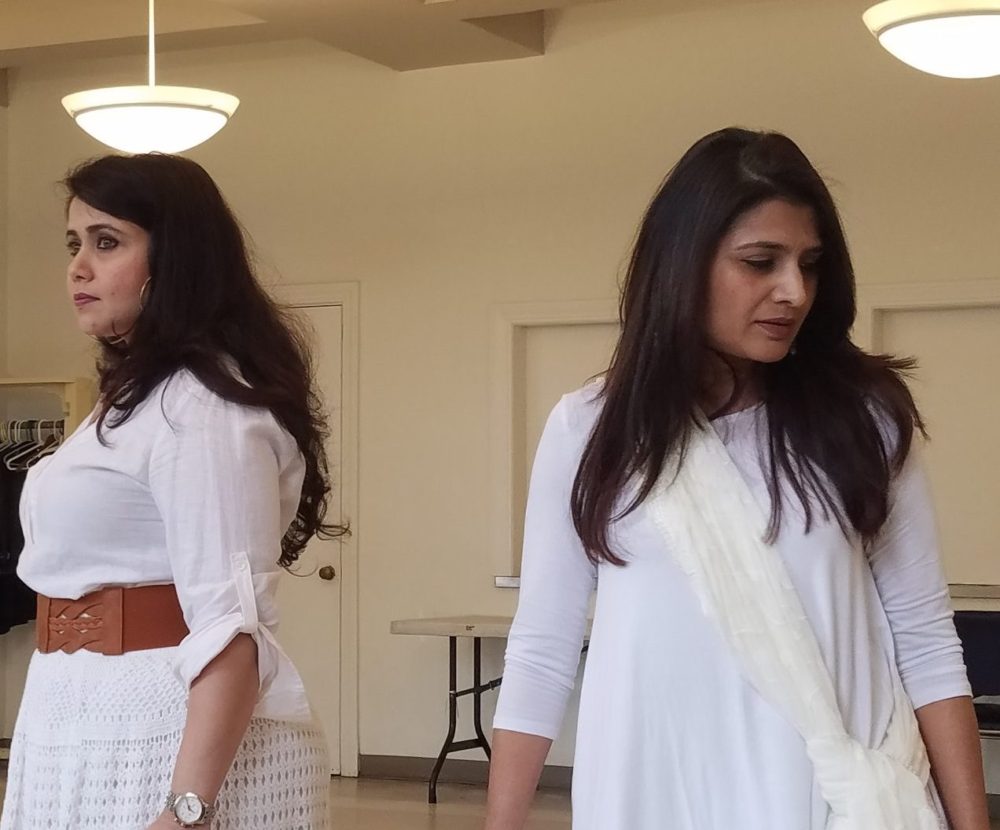 Why does performing a fire sacrifice to invoke the Lord Indra of rain become so twisted? Karnad’s classic play, The Fire and the Rain, tells us a story that is intensely embedded in ancient mythology from the Mahabharata time, the symbolism at many levels liberates us from shackles of the present society.  The Fire and The Rain abounds the riches of psychology, negative and positive human emotions, the aversion and the jealousy of man against man, father against son, wife against husband, high caste against low caste people, man against god, hate against love, the fire against the rain and passion against the truth.

On one hand there is abundance of jealousy, betrayal, deceit and ego, whereas on the other there is purity of selfless love and sacrifice. The protagonist Brahmin Arvasu is a man torn between moral righteousness, love and duty. His lover Nittilai who is from a lower caste cannot understand Brahmins and their secrets when all she can think of is looking for real solutions for everyday matters. Arvasu’s elder brother Paravasu (the character I am portraying) is driven by his quest for Lord Indra, while his wife Vishakha is left behind with her pangs of isolation and separation. And many more such characters that have their own quests that result in very complex emotions and behaviors.

Director Subrata Das will take the viewers into this journey of the ancient world. Along with some mind-blowing acting, you will see some mesmerizing dances that are woven with the story for greater impact. Supported by Mass Cultural Council, SETU’s bold and experimental “all-female” cast ENGLISH production of “The Fire and the Rain” is being staged on April 27, 28, 29 at the beautiful Belmont Town Hall Theater. Tickets are available at https://setu.us/tkts/.

SETU, a local non-profit organization that has staged several successful productions in the past, some being “Rape, Regret and Retribution”, “Hayavadana”, “Shah Jahan”, “Mahabharata”, “Once Upon a Time NOT in Bollywood”, “Ramayana” and “Kamala”. Visit www.setu.us to learn more about SETU’s productions.

Miss Miharia is an actress and member of SETU , a 501(c)(3) non-profit theater group in the Boston area founded in 2003. SETU means “bridge” in several Indian languages and our mission is to build bridges between Indian and Western cultures through the medium of theater. Want to join SETU? contact@setu.us.”)