Islamabad– Pakistan’s anti-corruption body, the National Accountability Bureau (NAB), on Friday approved an investigation into allegations against former President Pervez Musharraf for “holding assets beyond means” and “wrongful use of authority”. 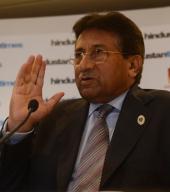 The former military ruler, who is currently living in exile in Dubai, also faces high treason charges in Pakistan. He was declared an absconder by an anti-terrorism court in the assassination of former Prime Minister Benazir Bhutto and had postponed his return to the country in March over security concerns, Geo News reported.

On February 9, the Islamabad High Court (IHC) had redefined NAB’s powers allowing the bureau to investigate ex-military men, especially retired generals, and directed it to investigate Musharraf for his alleged corruption while in office.

Lt. Col. Inamur Rahim (retired) in 2014 approached the IHC seeking a probe into the alleged corruption by Musharraf. In his complaint, the petitioner had asked NAB to hold an inquiry into the allegation that Musharraf in his nomination papers had declared assets which were beyond his known sources of income, according to a report in Dawn daily.

Musharraf ousted Prime Minister Nawaz Sharif in 1999. Rahim claimed that Musharraf as Chief of the Army Staff as well as Pakistan’s President had violated his oath according to which he was duty bound to defend the country and protect its citizens.

Rahim had referred to Musharraf’s book, “In the Line of Fire”, and its chapter titled “Man Hunt” to point out that the former military ruler admitted to handing over a large number of people to the US “in order to make money”.

He also alleged that Musharraf “injected corruption into the senior hierarchy of the armed forces by allotting them plots over and above their entitlements”.