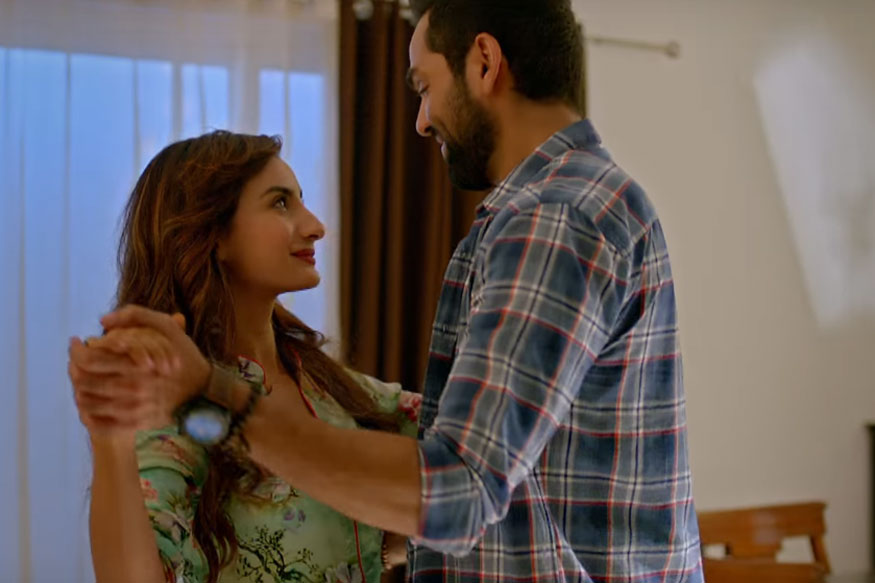 Presented as a frothy dark comedy, “Nanu Ki Jaanu”, is an amusing, romantic, redemption film that is predictable, yet engrossing.

Nanu (Abhay Deol) is a scamster who usurps people’s property. His ploy is simple. He first rents the property and then forcibly makes the landlord part away with it by making them sign on the required documents, fraudulently. He is brash and unemotional.

One day while driving back home after nearly crashing into a biker, he chances upon an accident victim Siddhi (Patralekha) lying injured on the road. For a change he becomes a Samaritan and though he rushes her to the hospital, she does not survive.

Her spirit follows him home and haunts him.

Inadvertently Nanu’s personality changes from a tough man to a softie and he embarks upon a journey to find the culprit who caused the accident that took Jaanu’s life.

Couched in robust humour, we are made privy to a romance between Nanu and the spirit and there are several life’s lessons learnt about cautious driving – especially about not speaking over the phone while driving and wearing a helmet while riding a bike.

The film’s director, Faraz Haider, understands that real laughter grows from characters and he establishes them with comical demeanour and enriches them with funny lines. He has a rich start with Nanu and his click of goons, prominent among them are Dabbu (Manu Rishi Chaddha) and Promilla (Reshma Khan), they are established as characters with funny traits. But what keeps the plot engrossing is the slapstick and situational comedy and comedy derived from stereotypes. The paranormal activities add to the light vein of the narration.

The first half trudges along with comic notes but the second half which steers in a whodunit, is interesting despite alternating between silly and funny. But the denouement definitely seems forced and ridiculously obtuse.

Abhay Deol as Nanu delivers his chops with panache. His exasperation and romance is genuinely palpable. But it is Manu Rishi Chaddha as his friend Dabbu who keeps you in splits with his spontaneous reaction trying to convince Nanu that there are no ghosts and that he is just hallucinating.

Patralekha as Siddhi, though an integral part of the narrative, hardly has much of screen time and thus has nothing much to offer.

Himani Shivpuri and Rajesh Sharma as Abhay’s mother and Siddhi’s father are earnest and so are the actors who play Nanu’s neighbours.

With moderate production values, the film, initially seems like a tacky B grade entertainer especially when Sapna Chaudhary dances with gay abandon to the item number, “Tere Thumke”.

Cinematographer S.R. Sathish Kumar’s tight close-ups and static frames add to the feeling. But then over a period of time, the film sustains and raises the bar.

Overall, this quirky film has its moments of brilliance which keeps you riveted.