New Delhi– Facing intense attack, the BJP-led government made a hasty retreat as Prime Minister Narendra Modi on Tuesday withdrew within hours his government’s order that threatened to take away the accreditation of journalists involved in producing “fake news”.

“(The) Prime Minister has directed that the press release regarding fake news be withdrawn and the matter should only be addressed in the Press Council of India,” an official source said. 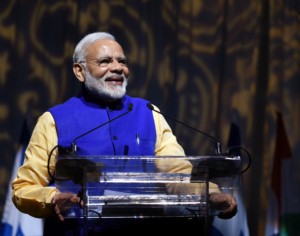 The order issued on Monday night warned that journalists would be denied access to the government even on mere accusations of spreading fake news and could lose their accreditation for a limited period or permanently.

Journalists and opposition parties denounced the order issued by the Information and Broadcasting Ministry and described the guidelines as an attack on press freedom.

Congress President Rahul Gandhi on Tuesday took potshots at Modi, saying there was a loss of control and panic was setting in.

“Sensing mounting anger on the ‘fake news’ notification, the PM orders a U-Turn on his own order. One can clearly see a loss of control and panic setting in now,” Gandhi tweeted.

Congress leader Anand Sharma told reporters that it was difficult to believe that Modi was not in the know of the order when it was issued as there was complete centralization of authority and decision-making in the government.

“The BJP, the RSS and the Prime Minister are beneficiary of fake news,” he said.

“There is ample scope for introspection and reform of journalistic practices; yet a government fiat restraining the fourth pillar of our democracy is not the solution,” the statement said.

Shortly after Modi’s directive, Information and Broadcasting Minister Smriti Irani said in tweets that her ministry was happy to engage with journalist organisations to fight the menace of fake news.

Monday’s release had said that the government had amended the Guidelines for Accreditation of Journalists in view of “increasing instances of fake news in various mediums including print and electronic media”.

It had said that complaints of fake news would be referred to the Press Council of India (PCI) if it pertained to print media and to the News Broadcasters Association (NBA) if it related to electronic media to determine if the news item was fake or not.

It said that accreditation of the journalist would stay suspended till a decision was made in about 15 days.

The release talked of suspension of accreditation for six months in case of first violation, one year in case of second and permanently in case of third violation.

The release had said that the regulatory agencies, while looking at the requests seeking accreditation, would examine if `Norms of Journalistic Conduct’ and `Code of Ethics and Broadcasting Standards’ prescribed by the PCI and NBA have been adhered to by journalists.

Sharma told reporters that the BJP, RSS and Modi “know more about fake news than perhaps any leader in the world, than any government in the world.

“The Committee which they had made included people who had known, I am sorry to say with due respect, to be manufacturing news, not giving news to the people,” he said.