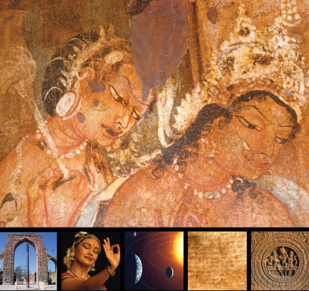 LINCOLN, MA—India Discovery Center, a Lincoln, MA-based non-profit organization, is hosting a day-long seminar on “the Golden Period in India: 200 BC—500 AD” to explore the cultural history of India.

Here is the tentative schedule of the seminar:

Welcome and Introduction of the Moderator

Review of the past IDC seminars –Bijoy Misra 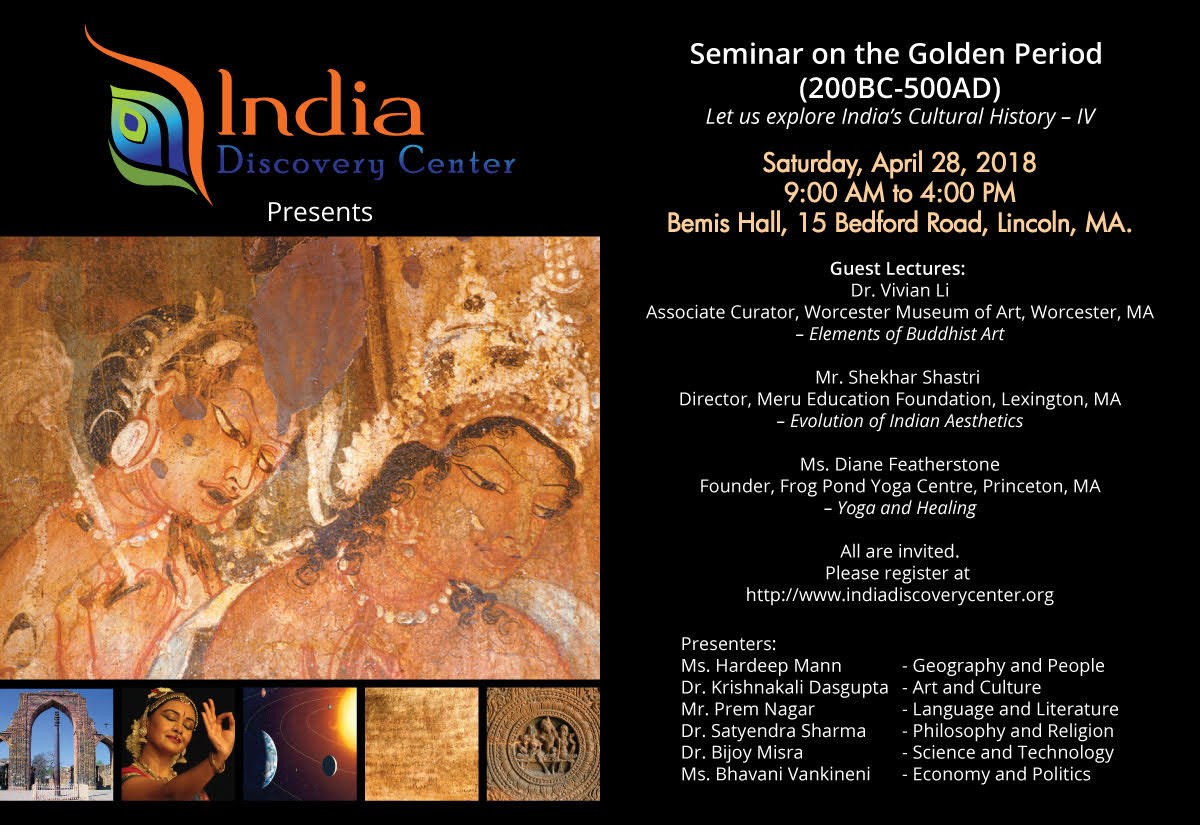 Here is a brief information on guest speakers and participants:

Vivian Li is the Associate Curator of Asian Art and Global Contemporary Art at Worcester Art Museum, Worcester, MA. She received her doctoral degree from University of Michigan in 2015 and was a Fulbright scholar. She is an avid researcher and lecturer on sculpture in Asia.

Shekhar Shastri is the Director of Meru Education Foundation in Lexington, MA. He is a language scholar and a musician with interest in the classical arts. He has taught Sanskrit Poetics and Indian Aesthetics at MIT, MA and other academic institutions in the US and India.

Diane Featherstone is the Founder of Frog Pond Yoga Centre, which is in its 22nd year training Yoga teachers. The school is a loving tribute to her teacher Dr. V.S. Rao with whom she studied for 25 years. With an academic background in psychology her seeking led her to the study of Yoga which she has pursued for over 40 years.

Charlie Lindley is a psychiatrist in private practice. She studied Sanskrit in India for one year as an undergraduate. She returned to India as a graduate student for the intensive study of traditional Sanskrit grammar (1976-1978).

Srilakshmi Srinivasan is an artist, performer, composer and a poet. She presented Art and Culture in the last IDC seminar.

Moderator:
Sonal Jhaveri studied Physics, Mathematics, Psychology and Neuroscience. She is in the Faculty of Brain and Cognitive Science at Massachusetts Institute of Technology and, also is associated with the Dana-Farber Cancer Institute. She teaches writing and science communication.

Research Presenters:
Hardeep Mann is a textile designer and a social activist. With family rooting and upbringing, she developed sincere attachment to Indian culture and to understand its diversity. She is an active member of the South Asia Center in Cambridge and participates regularly with the meetings in India Discovery Center.

Krishnakali Dasgupta is a Postdoctoral Associate in Genetics and Developmental Biology at New York University. Trained in Manipuri, Kathakali and Bharatnatyam dance styles, she has performed around the world through the group Mitradheya of Kolkata, India. She keeps interest in languages, oration, photography and art.
Prem Nagar is a technology professional and works for the Oracle Corporation. He is a researcher in the field of cognitive science and contributes scientific papers in the field. He is a poet and a scholar in Hindi. He serves as a Director of India Discovery Center.

Satyendra Sharma comes from a family of scholars in Rajasthan, India. He works as a technical professional in a local company. Bred in philosophy and literature, he is an avid participant in the religious and devotional events in the area. He serves as Director of India Discovery Center.

Bijoy Misra is a physicist, Sanskrit scholar and a poet. He keeps interest in teaching young children and organizing community activities in culture. He is in the Faculty of Harvard University. He is the Founder and President of India Discovery Center.

Bhavani Vankineni “Vani” is an IT professional with active participation in Indian scriptural reading, cultural productions and in community service. Empathetic in nature, she offers hand to people in need where she can. She serves as the Treasurer of India Discovery Center.

Here is what you will learn:

Geography and People: The large Mauryan empire was decentralized into local regions carving a process of economic prosperity through productive agriculture.  Herbs and medicinal products were discovered and exported.  People were happy and contented.  Professional guilds and group living assisted in division of labor and increase in productivity.  People resorted to art and education.

Art and Culture:  Codification of ideas into colors and symbols propelled art to new heights.  Frescos were popular.  Elegant work in Ajanta caves were worked for centuries and some look fresh today.  From the dresses and ornaments, we surmise urbanization and sophistication.  Performing arts flourished through story-telling, poetry, dance and music.

Science and Technology:  Scientific insight developed through the cosmological view and mapping of numbers.  Musical studies helped create binary systems and deduced the concept of zero.  Mind as an instrument in the body was recognized and was studied.  There was much work on nutrition and health habits.  Architecture, art and technological innovations flourished.

Economy and Politics:  With a decentralized administration and facilitation of tax and infrastructure by the rulers, the society being productive and prosperous.  Resource base was strong and there was strong support for innovation.  Conflicts were mostly resolved at the village level and harmonious living was emphasized.  Coins were cast and were in use.