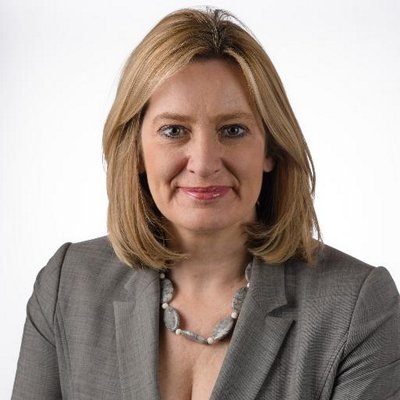 London– One of Britains most senior cabinet ministers has resigned after growing pressure over her handling of targets to deport illegal immigrants. The resignation of Home Secretary Amber Rudd came after documents leaked in the British press showed that she set a target to increase the number of deportations by 10 per cent, despite her denials. 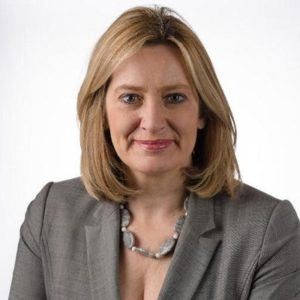 Rudd has been forced to quit after weeks of criticism of the British government’s treatment of long-term migrants from the Caribbean, known as the Windrush generation. They were threatened with deportation and some were even denied medical treatment because they didn’t have documents to prove that they had been living in the UK for decades.

But ironically, and perhaps unfairly, for Rudd, leaked documents also indicate that the policy of forced removal of illegal immigrants was aimed at recent arrivals, mainly from India and Pakistan, and not for the Windrush generation, though some were affected by it.

The letter she wrote to Prime Minister Theresa May in January last year, which was published in the Guardian on Sunday, mentioned her forthcoming visit to Pakistan to finalise an agreement on biometric returns which would make it easier to deport illegal immigrants to that country. And she did visit Pakistan three months later. A leading think tank, Migration Watch, has estimated that there are about 200,000 Pakistanis living illegally in the UK.

There are no such estimates available for illegal immigrants from India but another recent study by Oxford University’s The Migration Observatory has said that 6,580 Indian were deported in 2016, the top country of enforced removals or voluntary departures from Britain. Pakistan, with 3,857, stood at second place. Both countries together made it 27 per cent of such removals. No wonder illegal immigration from these two countries is a major cause for concern in Britain.

In January, India’s Minister of State for Home Affairs, Kiren Rijiju, signed an agreement with Britain on the swift return of Indian illegal immigrants from the UK, an issue that has been repeatedly raised by British government officials to their Indian counterparts.

Rudd has only followed her predecessor and the current Prime Minister May’s policy of creating a “hostile environment for illegal immigrants”. Her departure now puts May in the firing line because the opposition in Britain is unlikely to keep quiet on the issue after Rudd’s resignation. (IANS)