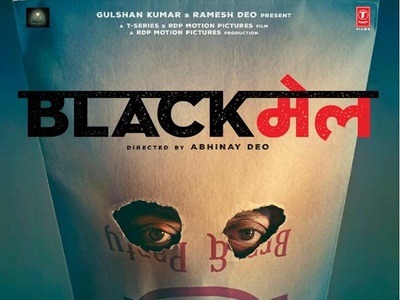 Designed as an edgy, noir drama, “Blackmail” uses relentless ingenuity to dig its hero into deeper and deeper holes – until finally, when he seems defeated by the weight of his problems, it’s equally ingenious in digging him out again. 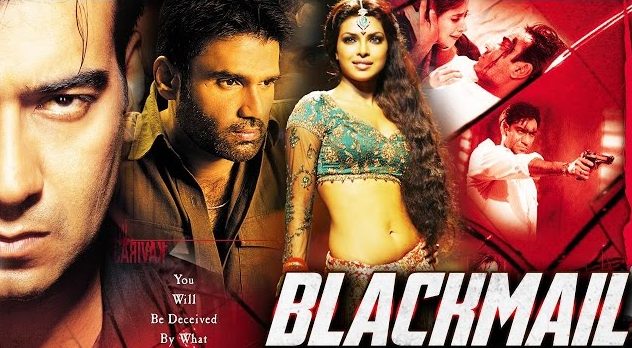 This is one of those plots where one thing leads to another – although it has an entirely different tone because the hero is a completely ordinary man, we begin to care about.

After seven years of their marriage, Dev Kaushal is a bored-to-death husband who spends much of his time in office. One day on the suggestion, from one of his close colleagues – Anand Tripathi, he lands up home to surprise his wife Reena. But instead, he is surprised by her infidelity. She is in bed with her boyfriend, Rajit Arora.

The next day before leaving for office when his wife asks him to pay some essential bills, he hits upon an idea to blackmail his wife’s lover. This sets the ball rolling to a series of blackmails that catapults this serious drama to an intentional comedy, both situational and slapstick.

Writer Parveez Sheikh is merciless in creating one difficulty after another for his characters who are eventually shown as mercenaries. Every character is well-written and each one of them have a set of problems and there are long, sustained sequences in which every actor does his or her best.

While the first half is slow, the second half is better-paced. The curious thing is, the film more or less deserves the build-up to pile on complications and dark coincidences. Nevertheless, one may complain that the later developments are simply too implausible and tedious to sit through.

Irrfan does have a strong and particular screen presence. He is impressive and relatable. He can play tender and he can play smart with a poker face, two notes that he juggles well with. He moves around a lot seeming restless on screen.

But the actors who steal the show are Arunoday Singh and Divya Dutta. The duo, as husband and wife play an odd couple. She as the boisterous wife, Dolly Verma and he as the timid, henpecked, husband – Rajit Arora, who is literally treated like a dog at his home.

As the beefed-up hunk, Arunoday reminds you of big Moose from Archies comic and he plays his part with his “DUH!” expression to the tee. In fact he shines with his performance and is definitely one of the plus points of the film.

The others in supporting cast who are brilliant as well are; Prabha Ghatpandey as Anuja Sathe – Dev’s opportunist colleague and Pradhuman Singh as Dev’s confidante in his office.

Omi Vaidya as Dev’s boss marketing toilet paper in India, is stereotyped and though he does offer some seriously funny moments, he lacks lustre.

Neelima Azeem in a guest appearance as Dolly Verma’s mother is wasted. And Urmila Matondkar in a forgettable item number is an eye sore.

Overall, with elegant production values the film does rise over its absurdness and is worth a watch. (IANS)

Dimple Kapadia: Working on ‘Tenet’ finally made me believe in myself

When Satish Kaushik used to work as a cashier

Akshay Kumar signs in as brand ambassador of fintech firm