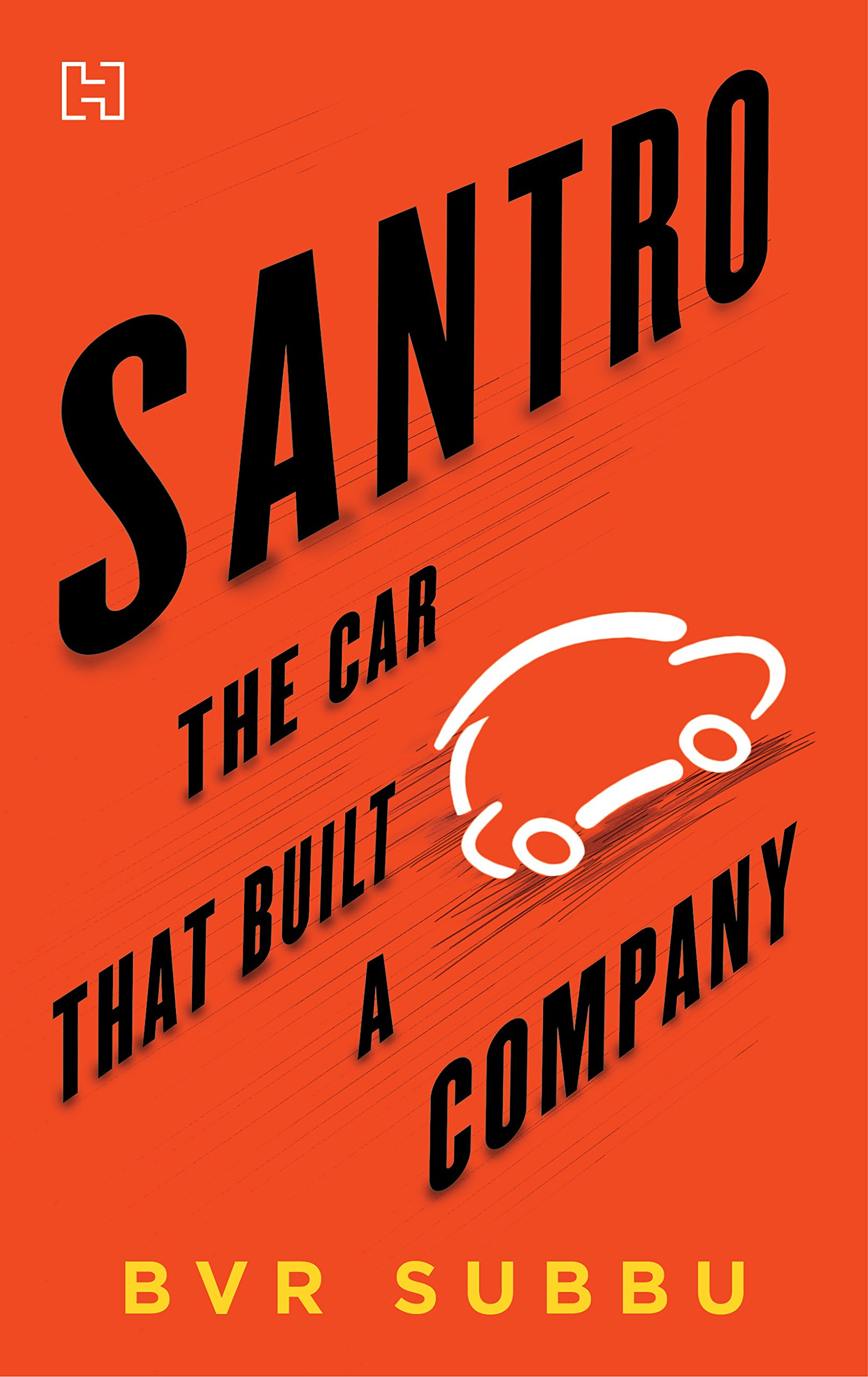 “Manufacturing a car is a simple business, really,” author B.V.R. Subbu states in the prologue to his book “Santro: The Car That Built a Company” which looks at how the “Sunshine Car” played a pivotal role in the making of automobile major Hyundai Motors India in a market monopolised by Maruti. 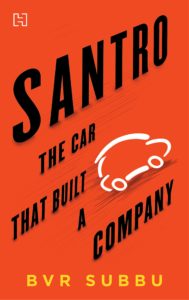 “You take some metal, add three parts of engineering, one part of artistry, stir up a lot of passion, and proceed to craft it with care. You pour in the requisite magic with come deft word-smithy, and for garnish you add a little bit of luck. Then you serve it up with humility (albeit tinged with come flourish) and, if you’ve done it right, chances are you’ll end up with an object of desire that dazzles at first glance and then grows into a longing.”

However, here Subbu adds that it can be a double-edged sword that can either leave you making a lot of money or losing the shirt off your back.

But at the same time he ends the first para of the prologue with this: “And, yet, there is no business like the car business.”

To make the reader understand the business styles of the Korean chaebols, he spices up the prologue with a joke narrated to him by someone which goes like this: “What would executives of the Korean chaebols do if they accidentally ran into a bear while walking in a forest? The Hyundai executives would, without hesitation, pick up the nearest club and attack the bear; the (now-defunct) Daewoo guys would immediately call their chairman for instructions; the Samsung chaps would convene a meeting to consider next steps in front of the bear; and the LG group would wait for Samsung’s response, and then do the same.”

The book looks into the birth and the global success of Hyundai Motor India’s debut production, conceptualised and designed for India, that went on to set the record for the quickest small car brand to go from zero to one million units sold.

Today, the Santro is available in markets as diverse as Algeria and Zimbabwe, Western Europe and North America and has achieved profitability for Hyundai at an unprecedented speed as a made-in-India automobile.

Subbu, who started his career with Tata Motors, joined the freshly minted Hyundai Motor India in 1997 as Director (Sales & Marketing) and later took on the role of President.

He writes the book from an insider’s perspective but with brutal honesty, giving credit where it is due and scathingly critical of those he believe need to be criticised.

For example, throughout the book, he is critical of Maruti, its business and technology practices. He mentions one particular bad experience he personally had at a Maruti dealership when looking to buy a Maruti 800 car.

At the same time, he keeps it quite evident throughout that he retains a soft corner for his former company, Tata Motors.

The book is divided into eight chapters and each chapter has a Mao Zedong quote on war with the chapter titles too having war connotations. Not surprising, given that the author is a masters degree holder in economics from Jawaharlal Nehru University, known as a bastion of Left ideology.

Though the book is on the Santro, Subbu traces the history of the automobile industry in India and the challenges it faced in a socialist economy.

As for the Hyundai story, he has good words for the Tamil Nadu government for all the support and relief in terms of government regulations and tax from the company’s groundbreaking ceremony at Irrungattukottai near Chennai in December 1996 — and onward. The Santro’s global commercial launch was held in September 1998.

One highlight of how Hyundai believes the customer is the king is the way the company put its vendors on a high pedestal expecting them to stick to the company’s core values.

In dealing with the media, he did not resort to any PR agency but decided to deal with journalists directly. He would personally take journalists’ calls and not only talk about his own company but also help with tips on the automobile industry in general and the trends surrounding it.

As for advertising strategy, he writes of how Hyundai’s chose the then new-in-India Saatchi & Saatchi to engage in a combative campaign.

Hyundai was among the first companies in India to pitch its products directly against those of rival companies, a rather new trend in Indian advertising then. To put it in perspective, remember “Pepsi – Nothing official about it”?

A heart-warming part of the book is how Hyundai chose Shah Rukh Khan as its brand ambassador and how the company and the Bollywood superstar stuck to the commitments they had made to each other.

“Santro: The Car That Built a Company” is an insider’s take on corporate India, replete with rivalries, conspiracies, corruption and cultural differences between Koreans and Indians.

It makes for a perfect case study for Indian business schools if not already made one. (IANS)