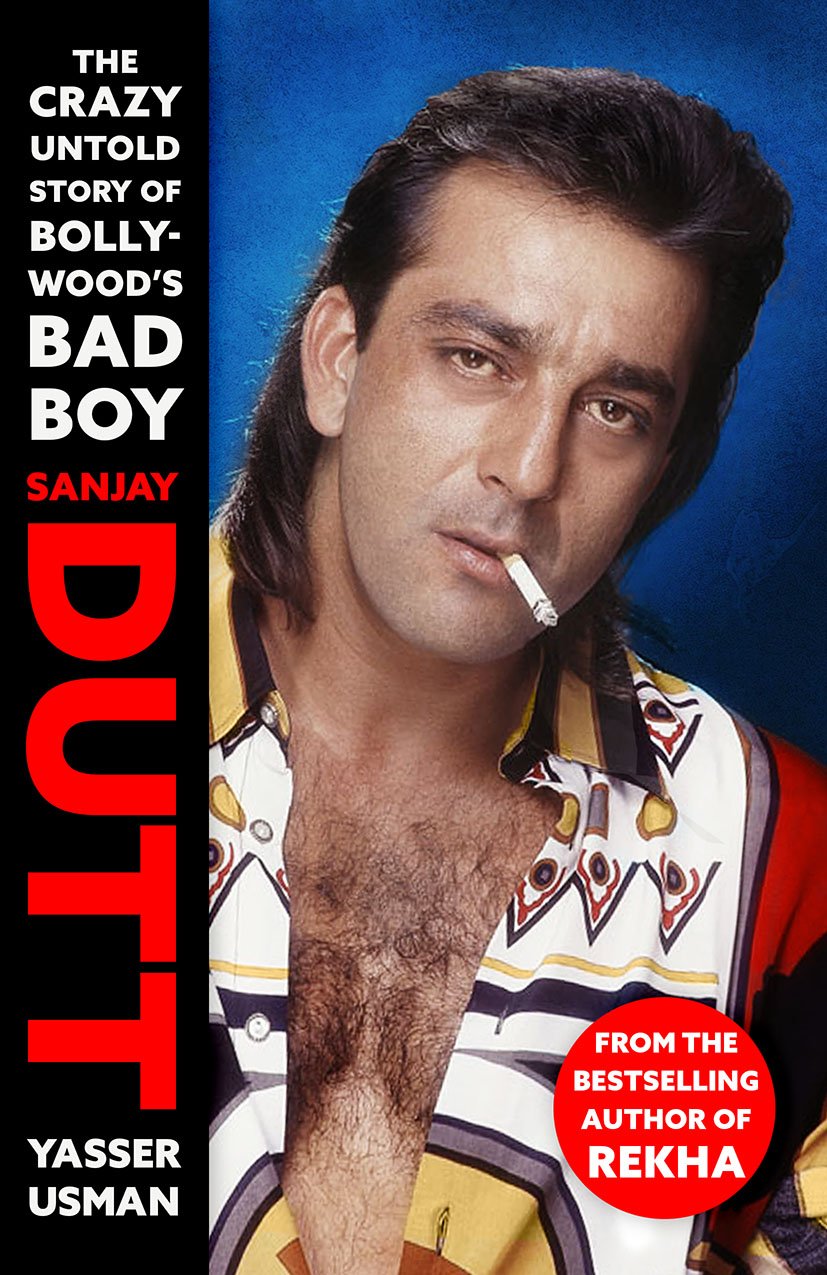 The book’s cover itself tells a story about Sanjay Dutt. Searing eyes, unbuttoned colourful shirt, his trademark long hair from his heydays, a lit cigarette in the mouth — all screaming his “I am what I am” demeanour and attitude that has kept him sailing through a life with a film-like quality with its twists and turns.

The story of how he coped with life in boarding school, the tragedy of his mother’s death, his relationship with his father and sisters, his drug addiction, de-addiction, his very public love life and breakups, his interactions with the underworld, the tryst with the 1993 Mumbai serial blasts case and his present image as the ‘reformed goon’ much like his role in his beloved role as “Munna Bhai M.B.B.S.”, has been told via a compelling narrative.

Biographer Yasser Usman’s exploration about Sanjay’s roller-coaster life makes you explore the vulnerable side of the star, whom the writer calls “the man-child who never grew up”.

The book takes you through unknown anecdotes about Sanjay, who has come a long way from being an “incompetent actor” to becoming an “entertainer beloved by millions”.

“Did you know that almost a decade before the 1993 Mumbai serial blasts case, Sanjay was involved in a shooting spree in posh Pali Hill for which he was even arrested? Or that he once smuggled heroin into the US?

That it was a tape recording of his late mother Nargis that ultimately helped Sanjay turn a corner in his fight against drugs?

Sanjay also once apparently stripped and tied up a man for flashing his then girlfriend
Tina Munim. And a director of one of his and Madhuri Dixit’s films said, “He was always following Madhuri around and whispering ‘I love you’.”

It is such stories and more which make you find out more about an actor, whose “stupidity” and “foolishness” got the better of him, but who continues to be adored by fans more for his personal image and life story than his acting ability.

Usman, in the third of his planned biographical trilogy on Indian superstars (after Rekha and the late Rajesh Khanna), delves into various chapters of Sanjay’s life based on not just some past interviews, but also drawn from interactions with his filmmakers, co-stars, friends, teachers, police officers, co-inmaters and politicians.

When you come across some of Sanjay’s own admissions quoted in the book, you realise how brazenly honest — but also perhaps apologetic — he is about his thoughts, mistakes and goof-ups.

The book wraps up on Sanjay’s road to freedom after having served a 42-month prison-term for illegal possession of arms during the March 1993 Mumbai serial blasts.

It would have been interesting to know a little more about the actor’s post-prison life, where he is enjoying the bliss of spending time with his wife Manyata and their twins as well as his comeback to the screen.

But for now, the book raises the intrigue about how many aspects of Sanjay’s life will Rajkumar Hirani’s upcoming and much-awaited biopic on Sanjay touch upon. (IANS)