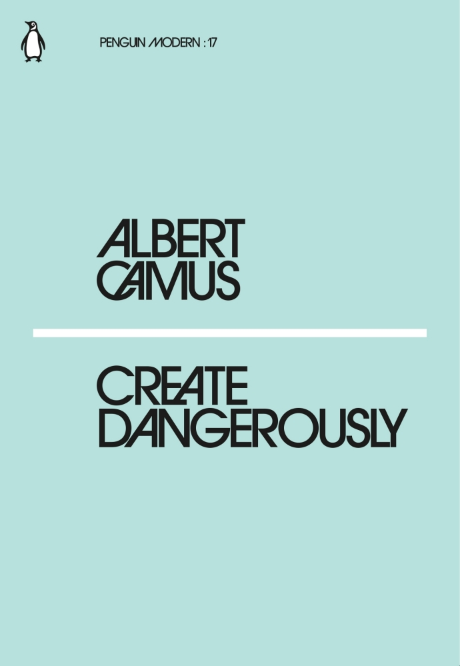 Globalisation’s retreat and the consequent rise of a rather hyper form of nationalism — which even seeks to confine indivisible human endeavours like art and science within borders — is one of the most worrying trends of our time. Equally of concern is the trade-off between prosperity and liberty, and a sense of conformity being forced on us. 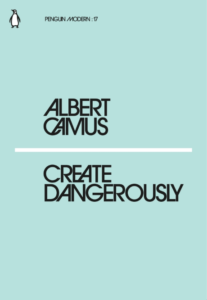 How do we face these challenges? One way would be to go back to the thoughts of a charismatic French existentialist philosopher — the man who identified the “absurd” existence we find ourselves in, and suggested ways of escaping it.

But Albert Camus, who staunchly stood for human freedom beyond the constraints of ideology, and opposed totalitarianism of all types, had dealt with these issues in the last two decades of his tragically short life. And he expressed his views not only in his writings but also in public gatherings, from colleges to labour exchanges.

And in this installment of the thin, nearly-weightless, pocket-sized special edition of Penguin Modern Classics, we can hear Camus, who was noted for his incisive thought on serious issues of existence presented in a most accessible manner, deal with matters that were as important in his time as ours.

In “Create Dangerously”, he dealt with the responsibility and the right of artists to their opinion against the backdrop of changing social and political dynamics and pressure — a discourse that will strike a chord among Indian readers given the campaign against intolerance by many writers in the recent past.

Speaking at Sweden’s ancient and prestigious Uppsala University in December 1957, a few days after he became the second-youngest recipient of the Nobel Prize for Literature, Camus, noting that writers attract criticism whether they speak or not, stressed they cannot — and should not — remain aloof.

Beginning in his inimitable style by citing the Oriental wise man’s prayer to be spared from living in an exciting era, he quipped that none in the present age was spared as “our era forces us to take an interest in it”.

Going on to show why this obligation of coming out of their comfort zone was necessary, he skilfully sketches out the major issues — including the purpose of art, the artist’s freedom and, especially, the attitude of the state.

The speech is also replete with key insights on related matters, including the relation between art and wealth, and of life and social purpose, the media through which forms of art are propagated, representation of life, artistic license, the comparative value of the nation and an individual and more that are still relevant now.

In “Defence of Intelligence”, delivered in March 1945 at a meeting of a group seeking accord and amity in a just-liberated France — even as the Second World War still raged, Camus made an eloquent plea against violence, hatred and the divisiveness they engendered.

Mincing no words at the barbarity they had just endured — which he noted had also left its mark on the victims, some of whom retaliated in kind at the first chance — he advocated curing “poisoned hearts” by “saving one’s intelligence”. And intelligence here is a sense of reason, discernment and objectivity, not mere mental capability.

And finally in “Bread and Freedom”, delivered at a labour exchange in May 1953, Camus, who was a leftist but never condoned Stalinist excesses, made a blazing attack on totalitarianism.

Saying that if some trends continued, one could foresee “a Europe of concentration camps”, where “the only people at liberty will be prison guards who will then have to lock up one another”, he sought to nail the pernicious claim that if citizens have their basic, economic needs met, they do not require political liberty.

Though speeches delivered decades back but on issues that have again resurfaced due to our inability to learn from history, Camus proves he is a voice beyond his age by his prescient assessment of crucial matters and passionate but well-reasoned arguments. Hope we can learn from him now. (IANS)

An essential guide to myths, legends, science around India’s geography