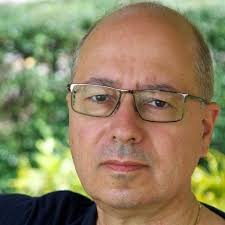 New Delhi– Southeast Asia today presents an anomalous situation with widespread economic progress but also widening disparity, apparent stability in all its countries which, however, face a range of challenges from ethnic insurgencies to terrorism, and most worryingly, democracy losing ground, says a leading regional specialist.

And India, which is increasing linkages with the region, must play a greater role to shore up democracy in Southeast Asia, citing its own role in managing diversity democratically, American journalist, writer and “private diplomat” Michael Vatikiotis, who has been working in and studying the region for over three decades, told IANS in an interview.

“There is incredible economic growth in Southeast Asia but also wealth disparity is increasing, so is the inequality in social and economic access for its people.

“Then, despite the apparent stability, the region is beset by protracted conflicts — between Buddhists and Muslims, Shias and Sunnis. Thailand and the Philippines are facing insurgencies that have been going on as long as they have been independent countries,” he said.

Referring to the case of the Philippines’ Marawi city that was overrun by an Islamic State (IS)-affiliated group, which held it for nearly five months in mid-2017, before the army won it back, he says it looks like it is somewhere in war-ravaged Syria.

“There are now rising levels of intolerance between religions. Islam here was a ‘tropical’ form accommodating minorities but has become more conservative and orthodox. It is a particular problem in Indonesia,” he said.

Buddhism, especially in Myanmar, was no less, with the Rohingya issue making for the largest humanitarian crisis Asia has faced since the Vietnamese boat people, he added.

But Vatikiotis, a former editor of the Far Eastern Economic Review and now Asia Regional Director of the Geneva-based Centre for Humanitarian Dialogue, said that the most worrying fact was that after three decades of political reforms in the region, democracy was in retreat.

There is a military junta in Thailand and no announcement about when elections will be held, Cambodia’s ruler is increasingly autocratic and so is the leader of the Philippines, while the army plays a big role in Myanmar due to its serious security situation, he said.

“I tried to understand why this is happening by talking to diplomats, politicians, rebels… it’s most perplexing why Southeast Asia which is graceful and pleasant, is economically prospering, sees so much violence and suffering every year.

“It is different from the other places where democracy is in retreat… the region had all the advantages… its countries had functioning institutions, well-run economies, no debt, community spirit among the people. But all these have been squandered,” said the expert, who focuses on this aspect in his recent book “Blood and Silk: Power and Conflict in Modern Southeast Asia” (2017).

Vatikiotis, who was in the country for a literary event, contends that it seems this trend is fostered by a section of the people’s desire for “tradeoffs” for a comfortable and secure life where democracy is less of a priority. “They only want their children to be safe, the neighbourhood to be secure… while the ruling elites are undermining democracy.”

Vietnam, he said, was an outlier, since it was more influenced by China, and though it was a one-party state, its recent anti-corruption drive was popular and showed that the system can continue.

Malaysia was most analogous to India, in so far as it was multi-racial and had strong institutions of governance bequeathed to it — but these institutions were now “deteriorating” and thus its ruling party leaders were now playing the “race card”, he said.

Vatikiotis, noting that the region was surrounded by rising giants China and India — which are contesting for influence –, however expressed his “deep disappointment” that India has not played more of a role in Myanmar and the region in support of democracy and rights.

“India is successful in managing diversity, including ethnic, in economic inclusivity, in governance… I can’t understand its reluctance. Perhaps it is following its traditional policy of focusing on the immediate neigbourhood. It’s a missed opportunity,” he said. (IANS)