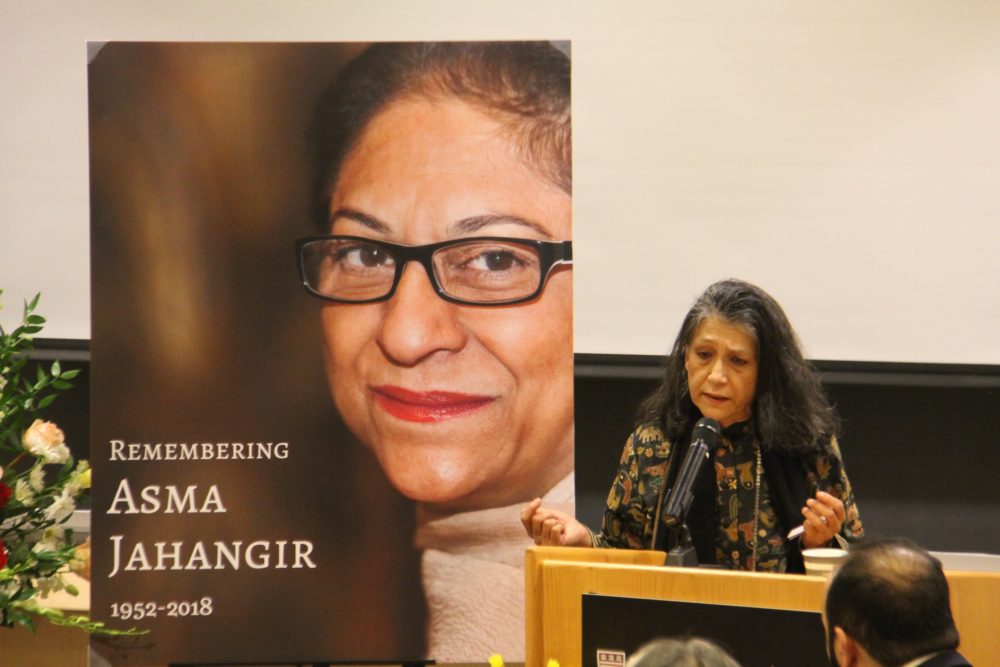 CAMBRIDGE, MA–Last Saturday many students, activists and organizations organized a celebration of life and work of Asma Jahangir at the Kennedy School of Government at Harvard University. Moving tributes were paid by friends, colleagues, faculty, students and human rights activists to Asma and her uncompromising stand from a very young age, when she was a student and won the case and freed her father from prison, who was incarcerated by Yahya Khan’s military regime for speaking his mind.

Our journalist friend who had worked with Asma and had put together this celebration with the help of many volunteers welcomed everyone, calling them part of Asma’s tribe. Then a young lawyer from Pakistan doing his PhD in the Boston area called speakers to pay their tributes. Amongst the speakers were prominent academic and community members such as Amartya Sen, Ayesha Jalal, Sugata Bose, Shaela Haeri, Sara Suleri, Mahmud Jafri, Yasser Latif, Raza Rumi, Chanta Bhan, Marty Chen and many others. All of them paid very moving tributes.

Those who had known her personally shared stories of working with Asma and how she touched their life. There were others who had never met her and had joined the movement that Asma in many ways had started. A former American Ambassador also spoke and talked about her work and conversations with her including her critique of the US policy in Pakistan. 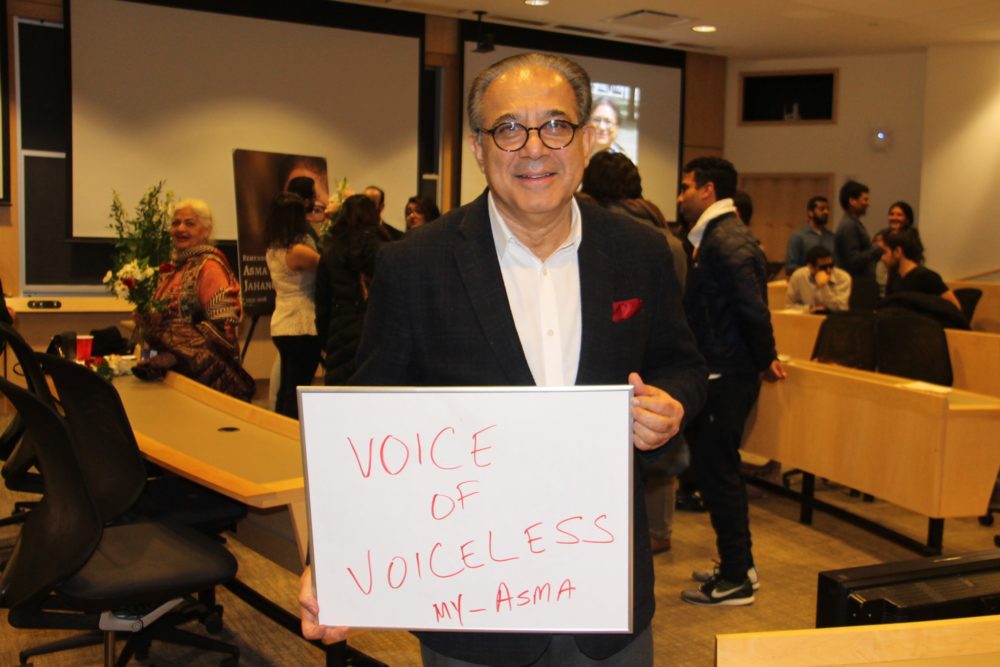 People from all walks of life and many countries attended and paid tribute to this uncompromising fighter for the rights of people. Many reminisced about their first meeting with Asma and how it had changed their lives and perspective on life.

A friend commented that it was quite appropriate to have this celebration at Harvard, as many faculty members at Harvard have been advising all the dictators in Pakistan for several decades, who have been carrying out brutal suppression of rights of people. I remember some of these mercenary academics. They were the architects of all kinds of anti-people policies in Pakistan in service of US geopolitics and economic interests.

After the celebration was over, we gathered at our journalist friend’s house. I have known them for long time. Always very warm and loving. Close to a dozen of us shared fond memories of Asma and her work. And of course, there was a lot of discussion on Partition, the present situation in the subcontinent, people’s aspirations for affirmation of their rights, with good food and poetry of Ghalib, Iqbal, Mir, Momin and others. It was a very warm, elevating and heart-warming get-together.

I was specially moved by several young scholars and students. Bright eyed and bushy tailed. As we were sitting and talking, it started snowing. The streets and houses were bathed in soft snow as if a blanket of cotton had been thrown all over. In the moonlight it looked divine. It was almost midnight when we left while others continued the mehfil. I thanked my stars for throwing such warm people in my way, who are thinkers and fighters for the rights of all. I felt blessed. 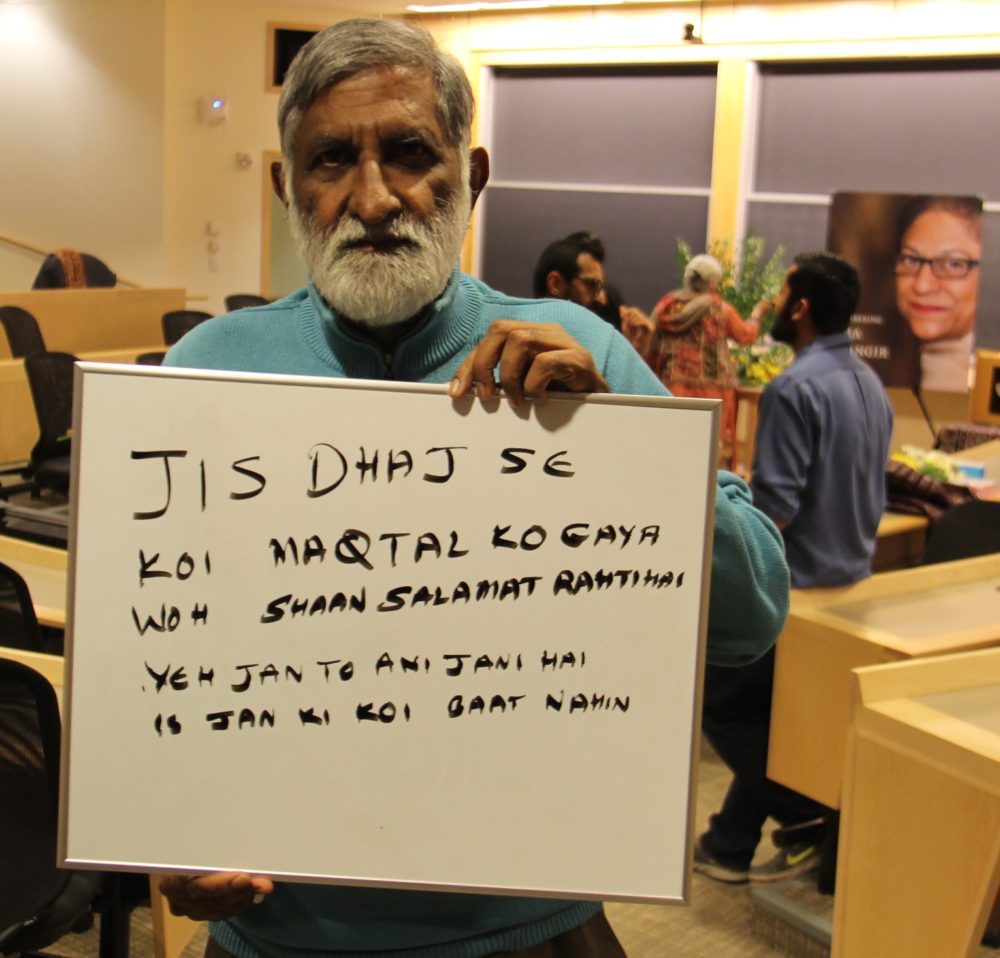