San Francisco– Admitting that iOS 11.2.5 has a serious bug that is causing iPhones and apps like Facebook and WhatsApp to crash when a Telugu single character is received via iMessage, Apple has promised to fix it soon. 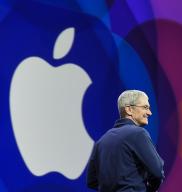 The Cupertino-based company said it was working on to fix the vulnerability that affects iPhones, iPads, Macs, Apple Watch and Apple TV running the latest versions of their operating software.

“While iOS 11.3 fixes the problems, Apple said it is planning to release an iOS 11 update soon that will address the crashes before the iOS 11.3 release in the spring,” The Verge reported late on Thursday.

The bug, the origin of which is still unknown, was discovered earlier this week and involves sending the character in Telugu to devices that crashes an iPhone and makes apps like Messages, Facebook Messenger and WhatsApp inaccessible.

“When the character is sent in an iMessage, for example, it can freeze up the entire Messages app on all of a person’s Mac and iOS devices,” MacRumors reported.

“The Messages app will then refuse to function properly until the offending character is removed by deleting the conversation with the person who sent it,” it added.

In some situations, if the character is viewed through an iOS notification, it can cause the entire device to crash.

“This spring, iOS 11.3 will deliver exciting new ways to experience Augmented Reality on iPhone and iPad, new Animoji on iPhone X and the ability to view health records in the Health app,” Apple had said earlier. (IANS)