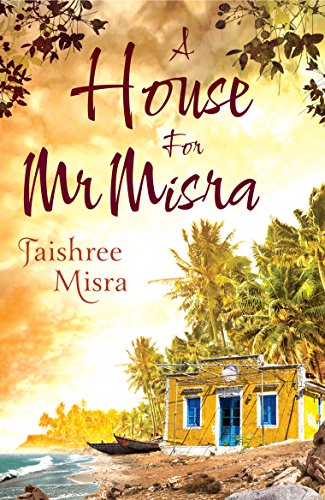 “My Home! I would spare a thousand houses on you and prefer never leave your door.”

Throughout our lives, we try hard to build a house of our choice so that we can find the essence of living in a family. We invest time, money and resources — a process that consumes everybody, yet there is a strange satisfaction one finds in sharing that personal space with the family.

However, when one is away, the longing to be there is so intense that words can hardly express it. Perhaps the homeless can better explain. But is it the limitations you face — or your situation, where life takes you — that define whether you’ll accomplish your dreams? And how does the entire process work, from dreaming of a house to attempts at converting it into a reality — and where does it eventually take you?

For author Jaishree Misra, who spent most of her time watching films as an examiner at the British Board of Film Classification, it was the recession that blew in from America and hit British shores that set the stage for her new book, “A House for Mr Misra”. The attempt at non-fiction is the author’s first; she is otherwise known for her eight fiction novels and an anthology she edited for Save the Children India.

The theme around which she writes is why Malayalis (Misra is the great-niece of the late Thakazhi Sivasankara Pillai — famous Malayalam writer and Jnanpith awardee) generally foresee the consequences of an action before doing something, which also applies to her.

“It is my belief that the typical Malayali brain has an overdeveloped fear/anxiety centre in the amygdala, which is why, when presented with a decision as innocent as say, whether to buy an ice-cream cone, it’s the worst case scenario that I always consider first, e.g., Hepatitis B, typhoid, gastroenteritis and sore throat, roughly that order — until I finally succumb to temptation,” she writes in the first chapter.

This amygdala, for the author, is also the reason why the sea in Kerala is respected and feared the most, unlike in Western countries where beaches are the places for “relaxation and pleasure”.

Her husband, who appears as Mr M in this book, was 18 when he moved to London from India for a “decent education and job”. Following the recession, the prospects of Mr M’s freelance job as a consultant to Deloitte also faded away.

That’s when they decided it was time to take a break, and travel to India. The idea of taking such a step, Misra writes, was also that Mr M would begin work on his longheld dream of a house on a beach, while she wrote a book or two.

This is how the story goes, with Misra noting the experience of homecoming after years amidst post-demonetisation India. She details how they decided to buy a plot of land at Veli, in the vicinity of Kerala’s capital Thiruvananthapuram, and then contracted a builder to construct the house near the shore — and the issues that cropped up.

Along the way, the couple faced trouble from different quarters. There were issues such as mistreatment by, and social reluctance of, the locals, including government officials, largely due to the notion: “Those who left India are second-generation foreigners for whom the Malayali culture and language are distant.”

Misra repeatedly faced situations which made her realise that for most Malayalis, she and her husband were outsiders — ones who “spoke funny, wore funny and had a weird attitude”.

Despite the shortcomings, the couple remains determined — even when it is discovered that the builder has swindled them. This eventually led to their parting ways with him midway through the project.

Later, another builder was located but issues like environmental clearance came up. Official intervention, however, came in handy. There was also a stay on the project but this hurdle too was overcome.

The house is eventually completed — but they end up living in it for only one year before they vacate it for a prolonged period. The reason? “Due to the ever-changing circumstances of our lives.”

Throughout the book’s 22 chapters, the author touches on — with humour and sarcasm — the major problems people in India face due to corruption, nepotism, pollution, gender bias, mad traffic jams and alcoholism.

Thus, her take at the bottom line: “When a clever Malayali tells me he is thinking, I know enough to retire silently.” (IANS)