BOSTON– A checklist and coaching intervention to improve facility-based childbirth care and reduce deaths of women and newborns in India achieved significant gains in the quality of care during labor and delivery, but the improvements were insufficient to reduce death rates, according to a new study.

The BetterBirth study is one of the largest ever conducted in maternal-newborn health, with more than 300,000 women and newborns. It is also the first study to rigorously demonstrate large-scale, broad-based improvement in care during the 48-hour period of labor and delivery when women and newborns face the greatest risk of death and complications.

The study appears in the December 14, 2017 issue of the New England Journal of Medicine.

The research was led by Ariadne Labs, a joint center of the Harvard T.H. Chan School of Public Health and Brigham and Women’s Hospital in Boston, in partnership with the Governments of India and Uttar Pradesh; Community Empowerment Lab in Lucknow, India; Jawaharlal Nehru Medical College in Belgaum, India; Population Services International, and the World Health Organization. It was supported by the Bill & Melinda Gates Foundation. 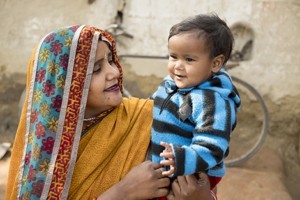 The quality of care around the time of childbirth has been recognized globally as a major contributor to the persistently high rates of preventable maternal and infant deaths in childbirth, even though more women are delivering babies at facilities. The WHO’s Safe Childbirth Checklist was designed to target the seven major causes of death by helping birth attendants consistently follow basic practices such as:

•handwashing and use of clean gloves to prevent infection,
•monitoring and treatment of women’s blood pressure to prevent eclampsia,
•provision of uterine massage and appropriate medication to prevent maternal hemorrhage.

Small studies have demonstrated that use of the WHO Safe Childbirth Checklist could improve birth practices. Whether a program to use coaching to boost adoption of the checklist could enable such improvement at large scale, and could thereby reduce death rates, was unknown.

In this randomized study conducted from 2014 to 2016, birth attendants and managers at 60 rural health centers in Uttar Pradesh were coached on use of the WHO’s Safe Childbirth Checklist. Uttar Pradesh is India’s most populous state and has among the highest birth-related mortality rates in the country, making it strategically critical to India’s effort to reduce maternal and neonatal death. Sixty matched facilities that did not receive the intervention served as comparison sites. Coaches and independent observers recorded birth attendant performance, tracking obstacles and successes in implementing the Checklist. The birth attendance performance information was provided in real-time as supportive feedback to birth attendants, facility managers, and district health officials to encourage problem solving, communication, and teamwork. The intervention did not include skills training for birth attendants and did not provide supplies or medications.

After two months of coaching, birth attendants completed 73% of the essential birth practices, 1.7 times better than the control arm at 42%. Among the findings:

At twelve months, four months after the coaching ended, completion of checklist items persisted at 62% percent, 1.4 times better than control facilities, which remained unchanged. There was no difference between intervention and control sites, however, in stillbirths, seven-day newborn mortality, and seven-day maternal mortality and morbidity. Perinatal mortality, for instance, was 47 deaths per 1,000 live births in both groups.

“Overall, we found that coaching birth attendants and managers to use the WHO Safe Childbirth Checklist produced greater adherence to essential birth practices, representing significant improvements in care for women and newborns,” said BetterBirth Director Dr. Katherine Semrau, an epidemiologist at Brigham and Women’s Hospital, assistant professor at Harvard Medical School, and the study’s lead author. “We found that the Checklist and coaching encouraged better communication and teamwork among birthing teams, helped clinical teams identify gaps in care, empowered birth attendants to solve problems around supply availability, fostered a more patient-centered culture, and served as a point of pride for facilities that followed the Checklist. With moving quality of care in the right direction, we can focus on additional requirements to impact mortality.”

“These results are important because they show that major improvements in the quality of childbirth are possible,” said senior co-author Dr. Vishwajeet Kumar, executive director of the Community Empowerment Lab in Lucknow, India, which has worked on maternal and infant health initiatives in Uttar Pradesh for more than a decade. “We can build on this progress with initiatives that further strengthen the health system and provide the missing links required for reductions in mortality.”

Explanations the authors cited for the lack of impact on death rates include persistent gaps in skills, in supplies, or in systems for care of complications. “In the end, a Checklist cannot substitute for other critical components of the health system. The agenda now is to bring together all of these system improvements so we can provide women and infants in Uttar Pradesh and elsewhere with the best possible care and outcomes,” Kumar said.

Every day, more than 800 women and 7,000 babies die during the time around childbirth worldwide, while thousands more suffer life-threatening and lifelong complications. Globally, great strides have been made in lowering the deaths of women and newborns; however, there is substantial room for improvement as childbirth remains the No. 2 killer of women of childbearing age.

“Initiatives to encourage women to give birth in health facilities with a skilled birth attendant have been successful,” says study co-author Dr. Neelam Dhingra-Kumar, patient safety and risk management coordinator at WHO. “Now there is a need to focus on the quality of care being delivered in facilities, while ensuring all women have universal access to care.”

Based on evidence of improvement in essential birth practices, the WHO Safe Childbirth Checklist is now being evaluated and rolled out in more than 30 countries around the world, from Namibia, Nigeria and Indonesia to Mexico and Italy, as well as multiple states across India. Work underway is to identify methods for further improving implementation of the Checklist and to develop additional strategies to achieve mortality reduction.

“This was the first rigorous study of deploying checklists and coaching at large scale,” said Ariadne Labs Executive Director Dr. Atul Gawande, a Harvard T.H. Chan School of Public Health professor and senior co-author of the study, who helped lead the development of the Safe Childbirth Checklist with WHO. “The results demonstrated impressive behavior change. Now we in public health must identify the additional ingredients required to produce the complete recipe for saving lives at childbirth.”