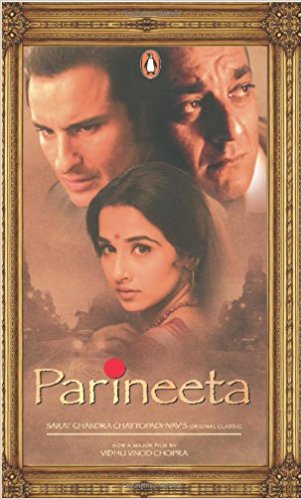 New Delhi– Know about partition’s unspeakable brutality through the story of a family that’s uprooted from its home during that period; go through a woman’s life story — as a witness to the Islamic State’s brutality, a survivor of rape, a refugee, and a Yazidi; go back to a magical time when people could teleport, and animals could fly; and read a new translation of Sarat Chandra Chattopadhyay’s magnum opus — Parineeta.

The IANS bookshelf has an interesting blend of fiction and non-fiction this weekend.

1. Book: A Time of Madness; Author: Salman Rashid; Publisher: Aleph; Price: Rs 299; Pages: 127
During the chaos of partition in 1947, something dreadful happened in the city of Jullundur (now Jalandhar) in Punjab. As a result of this, Salman Rashid’s family fled the city for Pakistan, the newly created country across the border.

They were among the nearly two million people uprooted from their homes in the greatest transmigration in history. Besides those who fled, other members of the family became part of a grimmer statistic: They featured among the more than one million unfortunate souls who paid with their lives for the division of India and creation of Pakistan.

After living in the shadow of his family’s tragedy for decades, in 2008, Rashid made the journey back to his ancestral village to uncover the truth. A time of madness tells the story of what he discovered with great poignancy and grace.

It is a tale of unspeakable brutality but it is also a testament to the uniquely human traits of forgiveness, redemption and the resilience of the human spirit.

2. Book: The Last Girl; Author: Nadia Murad; Publisher: Hachette; Price: Rs 399; Pages: 306
Nadia Murad was born and raised in Kocho, a small village of farmers and shepherds in northern Iraq. A member of the Yazidi community, she and her brothers and sisters lived a quiet life. Nadia had dreams of becoming a history teacher or opening her own beauty salon.

On August 15, 2014, when Nadia was just 21 years old, this life ended. Islamic State militants massacred the people of her village, executing men who refused to convert to Islam and women too old to become sex slaves. Six of Nadia’s brothers were killed, and her mother soon after, their bodies swept into mass graves. Nadia was taken to Mosul and forced, along with thousands of other Yazidi girls, into the ISIS slave trade.

Nadia was repeatedly raped and beaten. Finally, she managed a narrow escape through the streets of Mosul, finding shelter in the home of a Sunni Muslim family whose eldest son risked his life to smuggle her to safety.

Today, Nadia’s story — as a witness to the Islamic State’s brutality, a survivor of rape, a refugee, a Yazidi — has forced the world to pay attention to the ongoing genocide in Iraq. It is a call to action, a testament to the human will to survive, and a love letter to a lost country, a fragile community, and a family torn apart by war.

3. Book: The Man From the Egg; Author: Sudha Murty; Publisher: Penguin; Price: Rs 250; Pages: 169
The Trinity, consisting of Brahma, Shiva and Vishnu, is the omnipresent trio responsible for the survival of the human race and the world as we know it. They are popular deities of worship all over India, but what remain s largely unknown are some of their extraordinary stories.

Murty walks by your side, weaving enchanting tales of the three most powerful gods from the ancient world. Each story will take you back to a magical time when people could teleport, animals could fly and reincarnation was simply a fact of life.

4. Book: Parineeta; Author: Sarat Chandra Chattopadhyay, translated by Subhransu Maitra; Publisher: Niyogi Books; Price: Rs 195; Pages: 95
Set in early 20th century Calcutta (now Kolkata), Parineeta (Espoused) is the unforgettable story of a child-woman, an intense and bittersweet romance. Lalita, an orphaned girl, lives with her uncle and considers herself betrothed to Shekhar, her benefactor and guardian. After several failed attempts, Lalita finally gets the egotistical Shekhar to admit that he reciprocates her feelings. However, tensions erupt between Shekhar’s prosperous father and Lalita’s poor but principled uncle, and the situation is further complicated by the arrival on the scene of Girin, a mild-mannered and eligible bachelor, who is attracted to Lalita. The lover’s world is turned upside down, and Shekhar and Lalita find themselves estranged. Years later, they meet again, and the story takes another unexpected turn

Parineeta is a classic that has captured the imagination of generations of readers. This new translation will delight Sarat Chandra’s fans, as well as those who are not familiar with the writer’s works. (IANS)