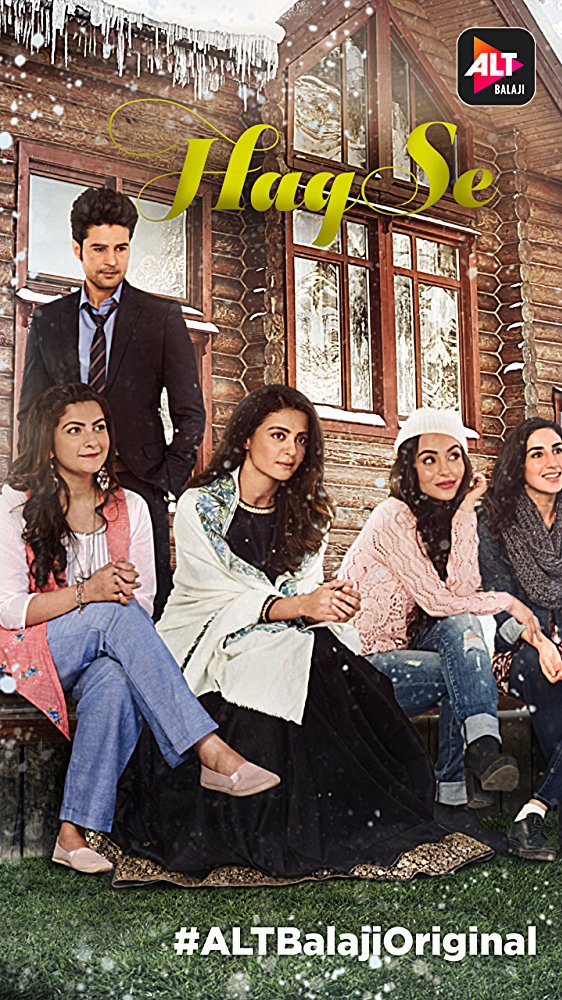 Got tired of sticking to rulebook: Amaal Mallik

Mumbai– Amaal Mallik, who has composed music for films like “Badrinath Ki Dulhania” and “Golmaal Again”, says he got tired of following the rulebook.

The composer has given many hit fast-paced songs and romantic numbers.

“I was getting tired of sticking to a certain rulebook and a style of working in the past year. Luv Sir is the man responsible for pulling me out of a rut,” Mallik said in a statement to IANS.

Singers Prakriti Kakar and Arijit Singh have lent their voice to the track. The lyrics have been penned by Kumaar.

On his first release of 2018, Mallik said: “I have collaborated with Arijit for such a song after so many years. It’s like a ‘Sooraj dooba hai’ reunion for us. Prakriti has done a wonderful job.”

Mumbai– Digital series “Haq Se”, starring Rajeev Khandelwal and Surveen Chawla, has been in the making for almost two years, say its makers.

The ALTBalaji’s series is inspired by Louisa May Alcott’s bestselling novel “Little Women”. The makers Manor Rama Pictures wanted to give it a larger than life film-like treatment.

“Ekta (Kapoor) is a dear friend. We decided to collaborate on ‘Haq Se’. Considering, the modern feel attached to the story, we needed to Indianise it so that it could appeal to the masses,” Karan Raj Kohli, Co-Founder, Manor Rama Pictures, said in a statement to IANS.

Set in the backdrop of Kashmir, “Haq Se” is a story based on four sisters and their love, lives and ambition.

“From scripting the entire series, to casting Rajeev and Surveen, to designing each charac’er’s look and narrowing down on the locations, the entire process has taken close to two years. We at Manor Rama strive to create content that is entertaining and at the same time has a significant take home for our audiences,” said Viraj Kapur, Co-Founder, Manor Rama Pictures.

Mumbai– Former “Bigg Boss” contestant Nora Fatehi’s character in “My Birthday Song” was most difficult to audition, and she is a surprise package in the forthcoming film, says director Samir Soni.

“Nora’s character was most difficult to audition. It’s very complicated and complex, but her vulnerability and her sensuality put together made her the perfect fit for the role. She will be our surprise package,” Samir said in a statement.

On her character, he said: “Nora’s character is enigmatic. It’s tough to play. It needed innocence and seduction. Nora is an elegant girl, sweet and she has a seductive element to her persona. Nora being from Canada, just like her character, is a strong and independent individual and that’s where she derives the toughness from.”

“For me, there are no good or bad actors. It’s about good casting and she was it,” he added.

It is slated to release on January 19.

Mumbai– Actor Parichay Sharma, who is currently busy shooting in the jungle for a yet-untitled show by Discovery JEET, says he is enjoying working for the horror genre.

“I’m enjoying shooting for the horror genre. It’s for the first time I’m doing such a genre. I love watching horror movies. We are shooting in a jungle and having a great time. I’m sure people will enjoy our work and appreciate it,” Parichay said in a statement.

The show is produced by Sphereorigins and is helmed by Glen-Ankush.

Actress Sayantani Ghosh, who is currently seen in “Naamkarann”, is enjoying a much needed break from shoots with family and friends in Pune.

“I’m enjoying my time with friends and family in Pune. It was a much needed break for me. I’ll be enjoying some good home made food here. Family brings lots of happiness around,” Sayantani said in a statement.

She also added that she enjoys more family time and get-together than parties. (IANS)