Of the many stories in the news over the past few months involving well-known men committing sexual assault, few have been as controversial as the allegations against actor and comedian Aziz Ansari. The Babe.net article in which his unnamed accuser describes a consensual encounter-gone-wrong has raised nothing short of a media storm.

In the article, “Grace” uses the term sexual assault to describe what others, including most famously CNN correspondent Ashleigh Banfield, have described insistently as a “bad date.” Many on both sides of the #MeToo movement have taken to social media to express their belief that the crusade will lose steam if accusations like these are exaggerated at the expense of authentic assaults.

Dr. Loretta Brady, professor of psychology at Saint Anselm College and a psychotherapist, says even though #MeToo supporters find themselves divided over the Ansari story, this is not the end of the undertaking. In fact, she says it’s a natural course for such movements.

“Social media encourages brief exchanges, but they often start from polarized positions, working towards shared understanding,” says Brady. “So, this social movement will experience the same type of rhythm on these platforms. We don’t need to read into that normative rhythm as though there is no hope for cultural exploration and change.”

According to Dr. Brady, there are many facets of structural sexism beyond the debate of what separates an assault from “just a bad date.” 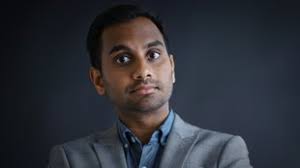 But, that doesn’t mean #MeToo has gone too far, she says. “I am positive there are those who recognize that a cultural conversation about women’s sexual safety, pleasure, agency, health, autonomy, and bodily integrity needs to happen even more.”

“Historically, men have had more freedom to seek, enjoy, and expose their sexuality and interest,” said Dr. Brady. “There was a time when a respected woman would never publicly be associated with a story of her own sexual experience. Today we recognize that women and men’s sexual pleasure is connected to their liberation from unrealistic sexual expectations and interactions.”

Dr. Brady cites educator Paulo Freire who has said that the oppressors can never free the oppressed.

“When it comes to heterosexual sexual relationships, American culture has shifted regarding the degree and extent of women’s sexual experience,” she said.

“Some are exploring the messiness of intimate interactions and discussing how we expect men and women to communicate and navigate sexual relationships,” says Brady. “I think there is also a larger cultural conversation unfolding that in the best light looks like ‘Hmm. We all seem to agree that men with lots of power need to be sensitive to the way in which that power influences women’s sexual interest and behaviors. As a culture, how can we hold men accountable for blatant disregard of sexual boundaries?'”

Brady hopes the #MeToo movement persists and evolves from Grace’s story to not only start questioning cultural norms, but to start including more vulnerable populations.

“The future of the #MeToo movement, I hope, will continue to center around the experiences of women of color, the vulnerabilities of all women and to sexual assault and misconduct across all ages and genders,” says Brady. “As the effort has now expanded to include others, it will be important to continue responding to the needs of multiply marginalized and vulnerable groups, such as the disabled and the institutionalized, the poor and those in precarious housing situations.”