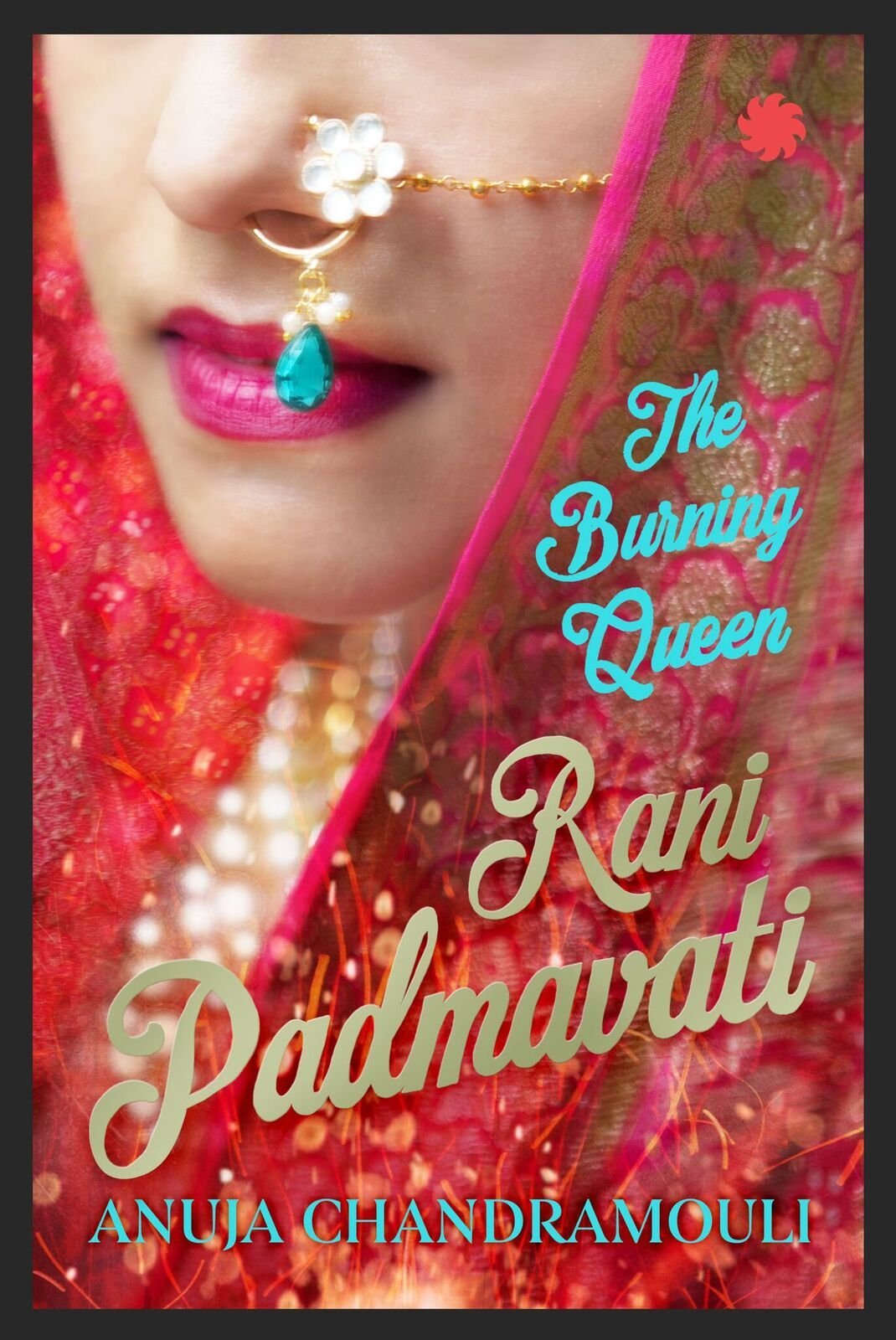 There could scarcely be any Indian historical/myhtological character presenting more delicacy in artistic depiction as Queen Padmavati of Chittor, with any story of her tumultous life liable to invite a raging controversy or worse as a filmmaker and his cast have already learnt. But should she become a symbol of competing narratives than having her story told?

Bollywood, with its penchant for spectacle, simplification and sensationalisation, may have not succeeded in retelling this significant episode from late 13th-early 14th century India, but what about a gifted story-teller in an older medium? And there could be no one better than Anuja Chandramouli to tell the tragic story of this queen, in a compelling manner and with the modern sensibility she brings to bear.

In her first foray in a historical topic instead of the mythology and urban fantasy she has hitherto excelled in, Chandramouli shows the story that brings Rani Padmavati, Rawal Ratan Singh and Alauddin Khalji into a fatal clash was no “love jihad” as some vested sections would seek to categorise it.

As she presents it, it is indeed a story of love, proud traditions, honour, duty, patriotism, valour and conflict, but as it is about humans, not symbols, the noble motives are also supplemented by some more baser — and more prevalent ones — lust (for power), greed, envy, jealousy, fear, self-preservation, treachery, and so on.

And then there is the overwhelming yearning for a happy, peaceful life with someone we love.

Chandramouli begins with a prologue showing how Alauddin Khalji (depicted as cruel but clear-headed — and no psychopath) ascended to the Delhi throne, occupied by his uncle and father-in-law Jalaluddin Khalji, and dealt with the traitors who helped him, and also his wife, before launching her story proper.

We then follow the to-be queen Padmavati in her teenage years at her parents’ house, their discussion of her future, her father and uncle’s summons to their uncle and liege lord — along with her, her marriage as part of a political alliance to counter the expansionist aims of the Delhi Sultanate, and what this led to.

In parallel, we see Khalji’s plans to extend his realm, by any means possible, till people term him “Sikandar Sani” (or a second Alexander the Great), and also his energetic efforts to keep the Mongol hordes from over-running the subcontinent.

The author takes us on to the opportunities — and problems — following Padmavati’s marriage to (an already married) Ratan Singh, their marital life, along with the jealousy their closeness caused among the harem and court, and then the case of the despicable Raghav Chetana.
Action starts coming to a head when Ratan Singh acts against Chetana following his involvement in an episode of that era’s “sex tapes”, leading to the breaking of a high-profile marriage, the “honour-killing” of a blameless woman — and a rift in the realm.

However, Chetana, on the eve of his execution, is saved by a mysterious figure, who stuns him with the price he must pay. Soon he is in Delhi, telling Khalji of Padmavati’s beauty in a bid to convince him to invade Chittor and seize her.

Then follows the range of events most Indians are familiar with — Chittor’s siege and sacking, Ratan Singh’s capture and Padmavati’s self-immolation. But Chandramouli, who has consulted a number of authoritative history books, gives her story a unique but much plausible twist.

There is also a surrealistic dream scene — a particular motif of the author — and a rather unexpected but powerful ending a decade later, which shows how even a powerful ruler can succumb to ravages of time.

On the whole, this book, one of three the author has out simultaneously, combines a tender love story with some incisive political and historical insight, especially why the Rajputs failed to counter or defeat the “invaders” (who had already been around for a century), and offers a peep into Khalji’s mind — especially what later generations would think of his Chittor campaign.
This along with her deft characterisation, evocative descriptions, spirited dialogue, and adding other contemporary happenings (the case of Karan Vaghela of Gujarat and arrival of Venetian traveller “Malpua Poha”) makes this possibly the best examination of this episode. (IANS)