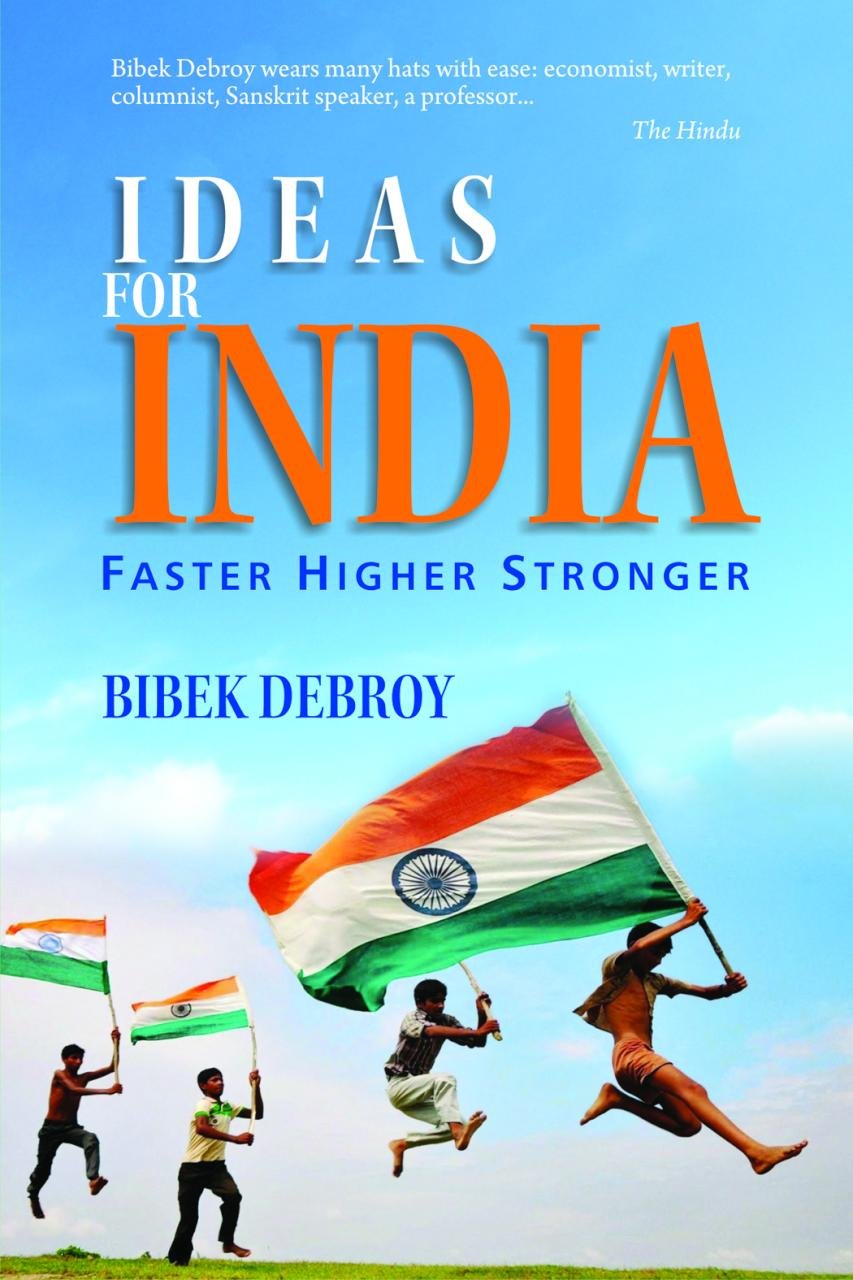 What should one expect from a book by one of the country’s leading economists who is also the Chairman of the Prime Minister’s Economic Advisory Council (EAC-PM)? If nothing more, perhaps a detailed analysis of the nation’s economic scenario, the major disruptions witnessed after demonetisation and the implementation of GST, the problems which plague the economy, some possible solutions and perhaps evidence-backed assurance that the economy would pick up in the near future.

“Ideas for India: Faster, Higher, Stronger” makes a half-hearted attempt to deliver on those expectations but fails. However, this is no fault of the author, considering that when he wrote the contents, he never meant for them to be a part of a book. And therein lies a part of the problem. The book, while extremely rich in information, facts, ideas and insights, fails to deliver as a comprehensive and cohesive literary work.

The book consists of 58 columns published in The Indian Express and Financial Express between April 2015 and July 2017. So technically, it’s written not by EAC-PM Chairman Debroy — as the panel was set up only in September — but NITI Aayog Member Debroy.

Even the author, in the preface, asks if it is a good idea to republish columns in the form of the book and says it’s possible to take a position on either side. “I deferred to their judgement,” he says, referring to the publisher and the readers.

Having read quite a few articles — which now constitute the book — when they were published for the first time in the newspapers, they struck a chord much more at that time than they do now as part of the book. But that could be because, as the author himself points out, “by their very nature, newspaper columns are newsy, pegged to something that is topical and, therefore, often of transient interest” as opposed to a book, which by its very nature, “is expected to have a longer shelf life”.

To be fair, however, the book is a treasure house of well-researched articles, full of relevant data, wonderful insights, apt anecdotes and interesting trivia.

As noted economist Vijay Kelkar rightly points out in the foreword, Debroy is a “polymath” and this book shows his “scholarship as well as his wide range of interests”.

This could be gauged from the fact that his articles cover a wide range of topics varying from goat farming to the alleged extinction of the Sanskrit language; from malnutrition to the shortcomings of GST in its current form; and from replacement of hot-cases with microwaves in trains to taxation on agricultural income.

In 58 chapters, spanning three pages each (rarely spilling over to a fourth), the book also discusses issues like Union-state relations, need for a time-use survey, scrapping outdated laws, medical tourism, Manipur’s prepaid power system, pendency of cases in various levels of judiciary, state of public toilets, court holidays and Sunday as a holiday, the infamous collapse of a flyover in Kolkata, spelling out of punctuation in telegrams and even his visit to a college in Bhubaneswar.

The point being made is the vast sweep of the book allows one to touch on a lot of relevant topics, apart from satiating some general curiosities, but denies one covering any single issue in detail.

In chapter “The Importance of Being Simple” (originally published on July 6 this year, less than a week after GST was implemented), Debroy talks about how ideally there should be a single tax rate for all goods and services and no items should be outside the tax net.

He argues against artificial thresholds (like for hotels with tariff above or below Rs 1,000) and zero per cent rate for a number of goods. He also argues that gains of GST happen when all items are included and there are no more than two or three rates.

“In working out compromise solutions, GST Council has deviated quite a bit from that goal. Concerns about rules (e-way bills, registrations, forms) are not that serious. They will sort themselves out, with tweaking here and there. Concern about the basic structure is more serious,” he writes in the only chapter about the landmark indirect tax reform.

In the chapter “Getting our goat”, Debroy talks about livestock census and explains how livestock data can be an indicator of development. At the fag end, he talks about the economic cost-benefit analysis of interventions in goat farming like breeding, healthcare, nutrition and marketing, albeit without going much into detail.

Even so, one should read this book because it offers a peek into the mind of one of the leading economists of the nation who also happens to be in the driving seat of the economy. (IANS)