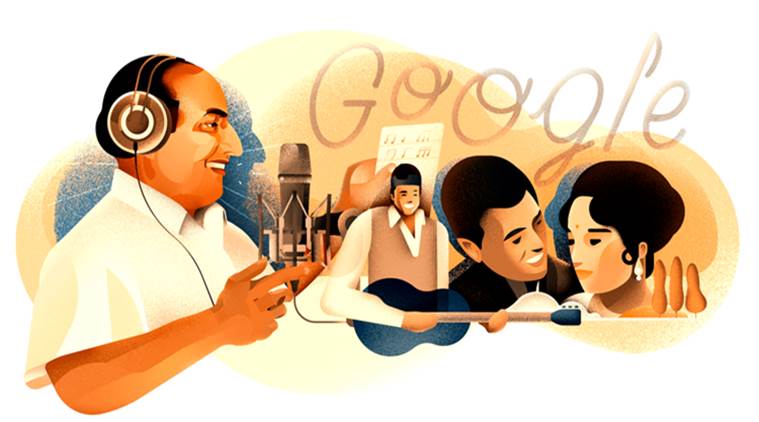 Mumbai–Search engine Google on Sunday dedicated its doodle to the legendary Bollywood singer Mohammed Rafi on his 93rd birth anniversary.

The doodle shows Rafi recording in a studio, while actors are lip syncing onscreen.

Born on December 24, 1924, Rafi took the Indian music industry by storm with his entry as a playback singer in 1941 and never looked back till his sudden death in 1980 at the age of 55.

Rafi left behind a treasure trove of immortal songs — solos as well as duets with popular singers of his era. He sang qawwalis, ghazals, disco and pop in Hindi and various other Indian languages.