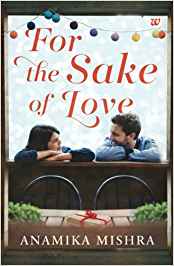 New Delhi– Embark this week on a philosophical and romantic journey. From being a carefree child to a person who preferred medidation and company of saints, Sri Sri Ravi Shankar has a fascinating tale to share and this time his sister brings us those up close and personal stories.

Then a book which gives a peek into the essence of Hinduism in a language that can be understood by all. After this is a love story of two people who are poles apart yet fall for each other. And finally, a tale of two opposites who have different opinions about love but destiny brings them together. So, here’s an assorted fare that the IANS bookshelf has to offer this week. Read on!

1) Book: Gurudev on the Plateau of the Peak; Author: Bhanumathi Narasimhan; Publisher: Westland; Pages: 199; Price: Rs 599
It was an era when the wisdom of yoga had been buried under years of ritual practices, when religion outweighed human values, when games were becoming wars and wars were being played like games. It was such a time that, in a quaint village in south India, a small child was found in deep medidation.

From an unassuming boy to a teenager in the company of saints, from a young meditation teacher to a revered soul, this book is a peek into the life of Sri Sri Ravi Shankar. Over the years, his pragmatic teachings would make the ethereal tangible; he would teach the values of joy, peace and love towards people and the world.

2) Book: Living Hinduism, Scriptures Philosophy Practices; Author: Samarpan; Publisher: Niyogi Books; Pages: 240; Price: Rs 395
Hinduism is neither an organised religion nor a proselytising one. It is often described as a way of life, which gently nudges its followers — through its scriptures, mythologies, rituals and practices — to question deeply, live fully, and grow wholesomely in compassion and universal acceptance. Hinduism believes whatever inspires one to stay truly unselfish, be it a vocation, an ideology or a faith, can lead one towards greater self-realisation and ultimate freedom.

“Living Hinduism” by Samarpan encapsulates this essence of Hinduism in a language that can be understood and appreciated by all, especially the younger generation, who need to know and understand what it means to be a Hindu, in an age of strident opinions and changing values.

3) Book: You Are the Best Friend; Author: Ajay K. Pandey; Publisher: Westland; Pages: 221; Price: Rs 175
Protagonist Ajay lost his wife and suffers from deep depression. No amount of medication or therapy seems to help him as he struggles with his grief. He has only one wish — he wants to immortalise his wife. Then, he meets Anisha, who is shocked at Ajay’s hatred towards God. How can a person hate God? Where does such hatred lead him?

Anisha is ready to judge Ajay harshly, when a simple caring and guileless gesture changes her perception of him. So, begins the journey of two people who are poles apart, a journey which will change their outlook towards life. A bittersweet tale, told simply, by a man who lost everything, except his ability to find humour in the world. This is the story of Ajay, who finds a second lease of life. What helps him? A friend? Or the love he finds again?

4) Book: For the Sake of Love; Author: Anamika Mishra; Publisher: Westland; Pages: 171; Price: Rs 199
Young, pretty and successful, Twisha Khanna has it all. She works hard and has no time for frivolities like love. After all, being the creative head of a happening travel magazine is no joke. So when she travels to Shimla on an assignment, the last thing on Twisha’s mind is love. But then, life has other plans.

On finding a stack of old love letters that speak of an unrequired romance, Twisha is convinced that she must find the man who wrote these letters and help him. Along the way, she meets spoilt rich boy Alex, who is everything she would not want in a man. As the two try to reunite the old lovers mentioned in the letters, they are hardly aware that how they feel about love and life is going to change forever. (IANS)