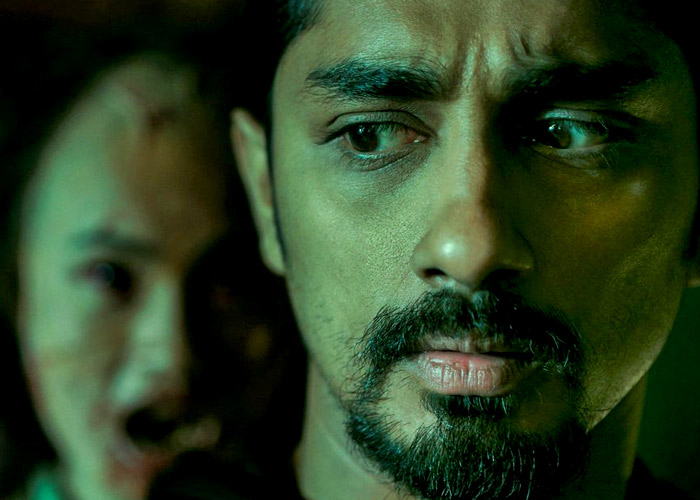 Based on a true story, director Milind Rau’s horror film is produced in three languages: Tamil, Hindi and Telugu. Its Hindi version is titled “The House Next Door”. In Tamil, it is called “Aval”, meaning “she” and its Telugu edition is called “Gruham”, meaning “home”.

The narrative begins with black and white frames, telling us of a Chinese mother-daughter relationship and a fair warning, “Look carefully my child, the truth is in front of you, always.”

The prologue then crassly merges into the setting at Rosina Valley at the foothills of the Himalayas in January 2016. Interspersed with hot steamy scenes, the narrative gives us a peek into the private lives of a brilliant “Deep Brain Specialist” Dr. Krishnakant who is fondly called Krish, and his wife Lakshmi. 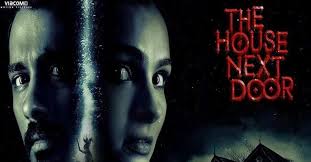 Their peace is interrupted, when the D’Costas come to live in the unoccupied house next door. The family consists of Paul, his wife Lizzy, his father and his daughters — the 16-year-old, perky and confusingly rebellious Jenny and the much younger Sarah.

During a house party, Krish witnesses Jenny jump into a well. He dashes to her rescue and thence the narrative spirals into a full blown horror film. With paranormal activities happening in the house like Jenny acting weird, kitchen equipment mysteriously vanishing, a musical instrument playing automatically in the middle of the night, the narrative veers to the “haunted house” genre and the elements of this genre are thrown in, in ample measure.

There is a priest, shaman and a psychologist who are called in to indulge in exorcism. With their mastery, they help the D’Costas and Krish remove the good and bad spirits that haunt their houses.

The cliched story and the setup take priority over genre tropes and that’s why one would find the film moving at a snail’s pace. Nevertheless, the film is astutely mounted. The scares caused by the jump cuts and sound effects are eerily sharp and knee jerking. There are moments in the film where you will find yourself shrinking down your seat, somehow trying to escape from the implications of the on-screen assault.

On the technical front, the film triumphs with its effects, be it sound, music, light and special video effects. Never for a moment — not when the characters are possessed by the most disgusting of spirits, not when the furniture is flying and when the spirits take a feral leap — are we less than convinced. The film contains brutal shocks that are scary.

On the performance front, the actors are all appropriate and effective. Atul Kulkarni as the possessed girl’s father, rings especially true. We feel his frustration when doctors, priest and shaman can’t help his daughter.

Siddharth excels as the concerned neighbour, doctor and victim of circumstances. He is aptly supported by Andrea Jeremiah as his wife Lakshmi.

Anisha Angelina Victor as the possessed Jenny has obviously been put through an ordeal in this role, and puts us through one too. Prakash Belawadi as the Pentecost Priest in a miniscule role is undoubtably wasted.

Overall, the film delivers the raw and painful experience of those affected. (IANS)