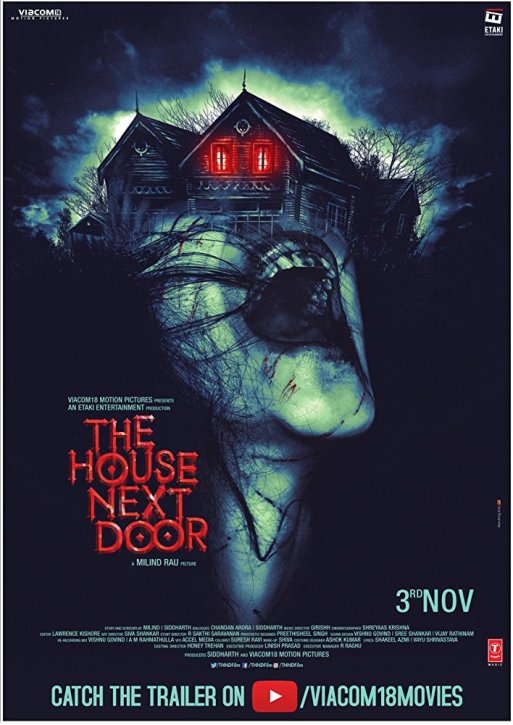 Horror as a genre can be horrific in Indian cinema in the most unexpected ways. This one gets it right in spite of following all the horror tropes and signposts, including irrelevant attempts to startle and scare. And the habitual horror humbug of heaping too much information on the dark realm.

Nonetheless, the work is put together with a great deal of conviction and some amount of belief in the power of the dark to consume light. The plot is set in an idyllic hill station in two adjacent houses. For a film about evil forces lurking in the shadows, the camera movements are endearingly tranquil, except towards the end when mayhem rules the proceedings.

Siddharth is in control of the proceedings, in more ways than one. He is not only the film’s producer and leading man, he is also the co-writer, thereby ensuring a well-oiled movement of creaking-doors plot. Siddharth has always displayed a likeable screen presence and an ability to take control of his characters’ inner life. Here, he remains in-charge even when forced to relinquish control of his character’s actions.

The rest of the actors, and that includes the very capable Atul Kulkarni, appear either stilted or uncomfortable, or both.

Also, the unnecessarily prolonged bouts of smooching and smoking are almost like precursory diversionary measures before the horror element sets in. Once the demoniacal pursuits take off, director Milind Rau focuses on creating an aura of dread and destruction. Admittedly some of the serenade with the satanic forces spooks the hell out of us.

This is definitely one of the better Indian films of the horror genre.

If you are a fan of the genre, you are advised to pay this shiver-giver a visit this weekend. (IANS)