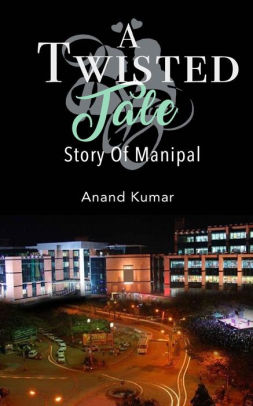 New Delhi–Explore the story of Bengaluru’s underworld that has been ruled by shrewd and notorious dons; read about the Mughal emporer Akbar and his beloved Jodha in a tale abuzz with political intrigue, personal enmities and hidden rivalry; flick through the story of a boy who has had the best of his days in his undergrad years as the heartthrob of college until he falls for someone; and plunge into a mad adventure around a terror attack at an orphanage.

The IANS bookshelf has a good variety for its readers this weekend.

1. Book: The Bhais of Bengaluru; Author: Jyoti Shelar; Publisher: Penguin: Pages: 226; Price: Rs 299
For years, Bengaluru’s underworld has been ruled by shrewd and notorious dons, who grew from small-time extortionists to dreaded names in real-estate circles. Kodigehalli Mune Gowda was crowned the city’s first “don” back in the 1960s, but it was in the 1980s and the 1990s that powerhouses like Muthappa Rai, Sreedhar, “Boot House” Kumar aka Oil Kumar, Bekkina Kannu Rajendra and Srirampura Kitty emerged.

In “The Bhais of Bengaluru”, Jyoti Shelar, a print journalist with a decade of experience as a field reporter, explores this mysterious and fascinating underbelly of India’s Garden City.

2. Book: Tree Bears Witness; Author: Sharath Komarraju; Publisher: Westland: Pages: 241; Price: Rs 350
Barely a month has passed since the royal wedding of Emperor Akbar to the legendary Jodha, when the new queen’s brother, Sujjamal, is found murdered in the palace gardens. With his honour and reputation at stake, Akbar asks his trusted advisor Birbal to solve the mystery. The murder has taken place at a spot between two mango trees, and the two guards who are eyewitnesses have conflicting versions of what could have happened. Was it suicide? Was it Akbar himself who ordered the killing or was it the Rajputs who accompanied Sujjamal, his uncles and cousin, who are guilty?

Set in a period that has been described as the golden age of the Mughals, the novel draws us into the royal court of Agra, abuzz with political intrigue, personal enmities and hidden rivalries, where everyone is a suspect until proven otherwise.

3. Book: A Twisted Tale; Author: Anand Kumar; Publisher: Invincible Publishers: Pages: 149; Price: Rs 160
Akash, a.k.a. The Love Guru, had his best days in his undergrad years as the heartthrob of college, popular for his skill in acting, directing and romance, known for his poems and for his loyal friendships. Despite being a little lazy and mediocre in studies, he was the centre of everyone’s attention. However, everything changes when he joins the masters programme in the same college.

No longer Mr. Popular, Akash feels like an outcast among his new batchmates. Having broken off with his college sweetheart, his own confidence has taken a blow. He misses his old days, old friends and old life. In spite of being on the same campus, he feels lost and lonely. Every now and then, his mind and soul drift back to his undergrad days.

Then one day, Simran walks into his life and it changes forever.

Did she change his life? Did they become good friends? Did Akash correct his ways after meeting Simran? Did he start taking his life and his studies seriously? The book captures the journey and transformation of an ignorant teen into a mature man through a roller-coaster of emotions of love, friendship, responsibility, maturity, dignity, pride and, above all, self belief. Flip through the pages of this book to enjoy the story of an ordinary guy, Akash, who found himself in extraordinary situations.

4. Book: Boy No. 32; Author: Venita Coelho; Publisher: Scholastic: Pages: 183; Price: Rs 295
An explosion brings down the orphanage that is home to Battees. Buried in the debris, he realises that something impossible has happened. Someone has got inside his head. It’s Goongi who cannot speak. Battees identifies the terrorist who blew up the orphanage and he obviously wants the only eyewitness dead.

Goongi becomes Battees’s companion as they plunge into a mad adventure — an encounter with the Eunuch Queen, being captured by the Beggar King and seeing the dirty underbelly of Mumbai city.

Does Battees manage to save himself from the terrorist and bring him to justice? Will Goongi ever be able to speak? They must find a way out of this dangerous cat-and-mouse game. (IANS)