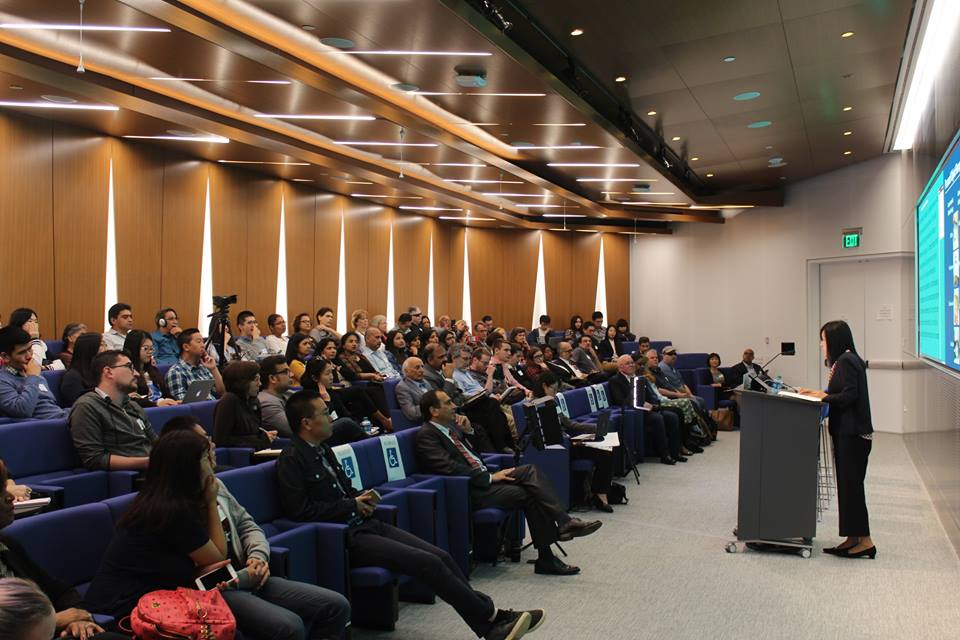 CAMBRIDGE, MA– Vision-Aid, a non-profit organization in its pursuit to bring about awareness, technologies and low cost solutions for the visually impaired, held a conference on technology and visually-impaired.  Chieko Asakawa was the keynote speaker at the 2017 Boston Accessibility Conference at IBM Innovation Center in Cambridge, MA, in early October.

Asakawa, who has been instrumental in furthering accessibility, research and development for three decades for the blind, spoke about Cognitive Assistant for the Blind.  A series of pioneering technologies generated under Asakawa’s leadership have significantly contributed in advancing information accessibility, including groundbreaking work in digital Braille and voice Web browser.

During the keynote, Chieko focused on advancing cognitive assistant research to help the blind regain information by augmenting missing or weakened abilities in the real world. Interweaving research with personal humor and stories, she held the audience spellbound for the full hour. 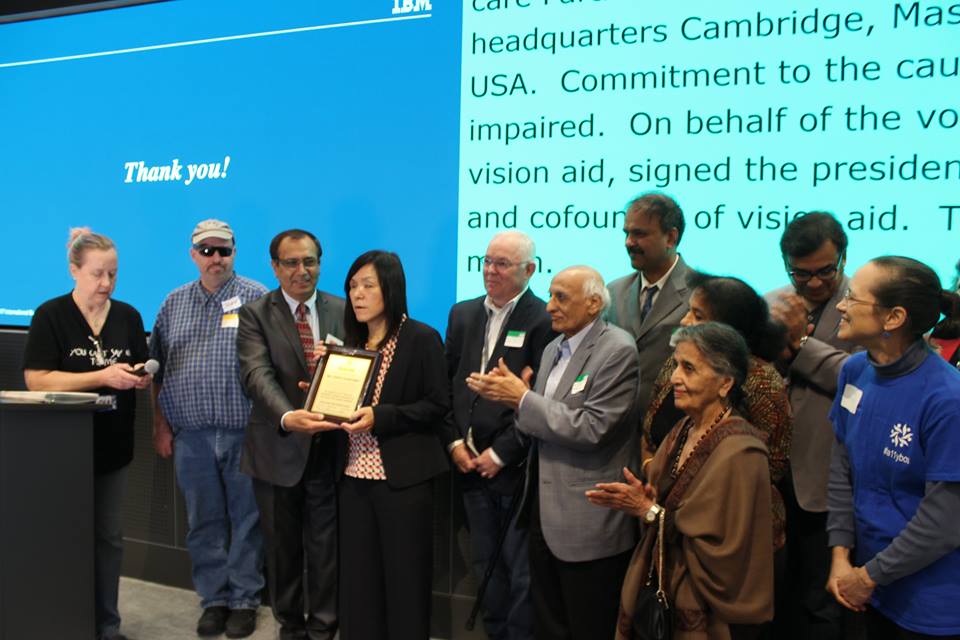 Chieko was appointed to IBM Fellow in 2009, IBM’s most prestigious technical honor. In 2013, the government of Japan awarded the Medal of Honor with Purple Ribbon to her. She has been also serving as an IBM Distinguished Service Professor at Carnegie Mellon University since 2014.

A panel discussion was held on “Innovations in Affordable Assistive Technology.” 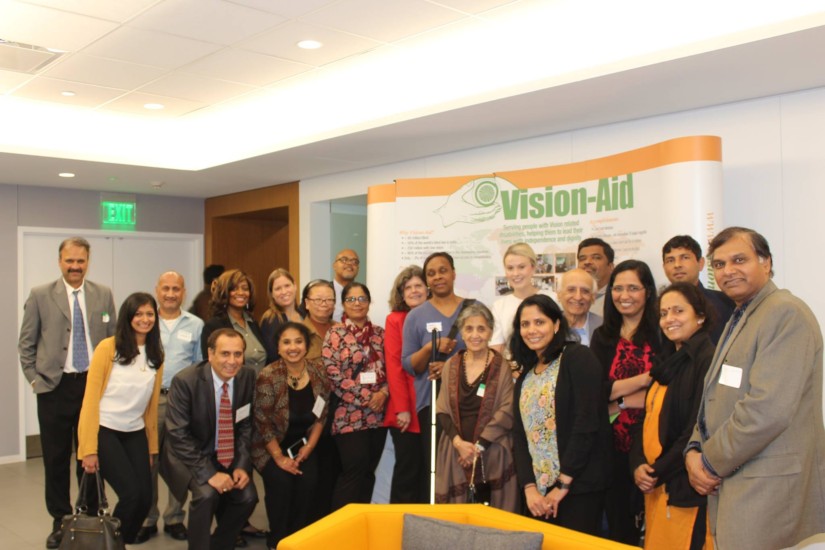 The focus of this panel was to highlight innovations and challenges which are affordable and can be scaled up to each large numbers with low cost. The panel was moderated by Paul Parravano, Co-Director, Government and Community Relations at the Massachusetts Institute of Technology. Speakers included Brian Carlson, Director of Technology Carroll Center for the Blind’ Igor Feinberg, head of worldwide channel Orbit Research LLC; Jessica Shi, B.S. Mechanical Engineering and member of Team Tactile at MIT. The highlight of this panel was the live demo by Carlson of his favorite affordable technology that included many innovative devices for the blind

Another panel was held on “Empowering and Employing the Visually Impaired.” This panel discussed how to prepare the blind and visually impaired get relevant skills and good employment opportunities in today’s economy. Topics included challenges faced by visually impaired who face over 70% unemployment rate even here in the US (and even more in developing countries), the use of MOOC’s to provide skills; the clinical perspective. The panel inlcuded Nicole Ross, Asst. Prof. New England College of Optometry

Brenda Cole of Harvard Pilgrim Health Care and Vision-Aid presented an update of their respective work in the area of inclusive programs for the visually impaired.